Desperate to save her family from ruin, beautiful Annabelle Peyton plans to use her beauty and wit to tempt a suitable — and wealthy — aristocrat into marriage, but her plans are quickly undermined by the attentions of the intriguing Simon Hunt, who offers seduction but not marriage, in the first volume of the Wallflowers series.

NPR stories about Secrets of a Summer Night 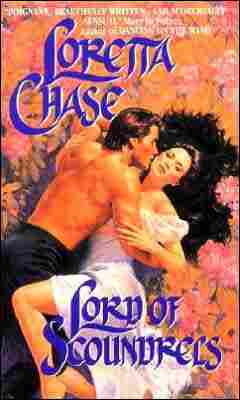 Excerpt: Secrets Of A Summer Night 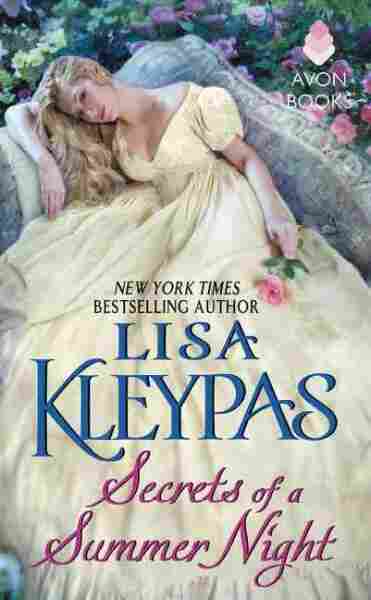 A marriage-minded girl could overcome practically any obstacle, except the lack of a dowry.

Annabelle swung her foot impatiently beneath the frothy white mass of her skirts while she kept her expression composed. During her past three failed seasons, she had become accustomed to being a wallflower. Accustomed, but not resigned. More than once it had occurred to her that she deserved far better than to sit at the side of the room in a spindly chair. Hoping, hoping, hoping, for an invitation that would never come. And trying to pretend that she didn't care - that she was perfectly happy to be watching others dancing and being courted.

Letting out a long sigh, Annabelle fiddled with the tiny silver dance card that hung from a ribbon on her wrist. The cover slid open to reveal a book of neartranslucent ivory leaves that spread out in a fan. A girl was supposed to pencil the names of her dance partners on those delicate slips of ivory. To Annabelle, the fan of empty cards seemed to resemble a row of teeth, grinning at her mockingly. Snapping the silver case shut, she glanced at the three girls who sat next to her, all endeavoring to look similarly unconcerned with their fates.

She knew exactly why they were there. Miss Evangeline Jenner's considerable family fortune had been made from gambling, and her origins were common. Moreover, Miss Jenner was painfully shy and possessed a stutter, which made the prospect of conversation a session of torture for both participants.

The other two girls, Miss Lillian Bowman, and her younger sister Daisy, had not yet become acclimated to England - and from the looks of things, it would take them a long time. It was said that the Bowmans' mother had brought the girls from New York because they hadn't been able to get any suitable offers there. The soap bubble heiresses, they were mockingly referred to, or occasionally, the dollar princesses. Despite their elegantly angled cheekbones and tip-tilted dark eyes, they would find no better luck here unless they could find an aristocratic sponsor to vouch for them and teach them how to fit in with British society.

It occurred to Annabelle that in the past few months of this miserable season, the four of them-herself, Miss Jenner, and the Bowmans-had often sat together at balls or soirees, always in the corner or against the wall. And yet they had rarely spoken to each other, trapped in the silent tedium of waiting. Her gaze caught that of Lillian Bowman, whose velvety dark eyes contained an unexpected gleam of humor. . "At least they could have made the chairs more comfortable," Lillian murmured, "when it's obvious that we're going to occupy them all evening."

"We should have our names engraved on them," Annabelle replied wryly. "After all the time I've spent in it, I own this chair."

A muffled giggle came from Evangeline Jenner, who lifted a gloved finger to push back a vivid red curl that had fallen over her forehead. The smile made her round blue eyes sparkle and her cheeks turn pink beneath a scattering of gold freckles. It seemed that a sudden sense of kinship had temporarily caused her to forget her shyness. "It m-makes no sense that you're a wallflower," she told Annabelle. "You're the most beautiful girl here - men should be f-falling all over themselves to dance with you."

Annabelle lifted her shoulder in a graceful half shrug. "No one wants to marry a girl without a dowry." It was only in the fantasy realm of novels that dukes could marry poor girls. In reality, dukes and viscounts and the like were burdened with the massive financial responsibility of maintaining large estates and extended families, and helping the tenantry. A wealthy peer needed to marry into money just as badly as a poor one did.

"No one wants to marry a nouveau-riche American girl, either," Lillian Bowman confided. "Our only hope of belonging anywhere is to marry a peer with a solid English title."

"But we have no sponsor," her younger sister, Daisy, added. She was a petite, rather elfin version of Lillian, with the same fair skin, heavy dark hair, and brown eyes. An impish smile touched her lips. "If you happen to know of some nice duchess who would be willing to take us under her wing, we would be much obliged."

"I don't even want to find a husband," Evangeline Jenner confided. "I'm merely s-s-suffering through the season because there is nothing else for me to do. I'm too old to stay at school any longer, and my father ..." She broke off abruptly, and sighed. "Well, I have only one more season to go, then I'll be twentythree and a confirmed spinster. How I'm looking forward to it!"

"Is twenty-three the measure of spinsterhood these days?" Annabelle asked with half-feigned alarm. She rolled her eyes heavenward. "Good Lord, I had no idea that I was so far past my prime."

"How old are you?" Lillian Bowman asked curiously. Annabelle cast a glance to the right and left, to make certain they were not being overheard. "Twenty-five next month."

The revelation earned three rather pitying glances, and Lillian replied consolingly, "You don't look a day more than twenty-one."

Annabelle clutched her fingers around her dance card until it was concealed in her gloved hand. Time was slipping away quickly, she thought. This, her fourth season, was drawing rapidly to a close. And one simply did not embark on a fifth season - it would be ludicrous. She had to catch a husband, and soon. Otherwise, they could no longer afford to keep Jeremy at school ... and they would be forced to move from their modest terrace and find a boardinghouse to reside in. And once the downhill slide began, there was no climbing back up ...