Accessibility links
Cure NPR coverage of Cure: A Journey into the Science of Mind Over Body by Jo Marchant. News, author interviews, critics' picks and more.

A Journey into the Science of Mind Over Body

Draws on the latest research and interviews with physicians, patients, and researchers on the cutting edge of a new world of medicine to examine the science behind the vast potential of the minds ability to heal the body. 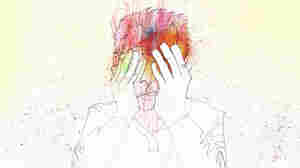 January 26, 2016 • Science writer Jo Marchant says that the mind can play an important role in dealing with a variety of health concerns, including pain, heart disease and depression. Marchant's new book is Cure. 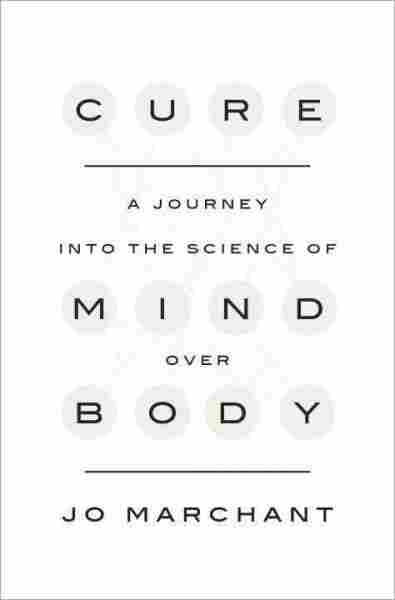 Linda Buonanno hugs me as soon as we meet, and shows me upstairs to her small, first-floor apartment in a housing block just off the freeway in Methuen, Massachusetts. Her living space is tidy but densely packed with framed photos, scented candles and an overwhelming preference for the color green. She sits me at the table, in front of a perfectly laid out tea set and a plate of ten macaroons. The 67-year-old is plump with short, auburn hair and a girlish giggle. "Everyone thinks it's dyed, but it isn't," she tells me. She hovers until I try a macaroon, then sits down opposite and tells me about her struggles with irritable bowel syndrome (IBS).

She talks fast. Her symptoms first struck two decades ago, when her marriage of 23 years broke down. Although she dreamed of being a hair- dresser, she was working shifts in a factory, running machinery that made surgical blades, juggling the 60-hour week with a court battle and caring for the two youngest of her four children. "I went through  hell," she says. Within a year of the split, she started suffering from intestinal pains, cramps, diarrhea and bloating.

The condition has affected her ever since, especially at stressful times such as when she was laid off from the factory. Their jobs outsourced to Mexico, the group of women with whom she had worked and bonded was scattered. She retrained as a medical assistant, hoping to find work in a
chiropractor's office, but once she qualified she found that no one was hiring. When she did finally find a part-time job, she had to give it up because of the pain from her IBS.

The condition has destroyed her social life too. When the symptoms are bad, "I can't even leave the house," she says. "I'd be keeling over in pain, running to the bathroom all the time." Even buying groceries re- quires staying within reach of a bathroom, and she lists the local facilities: one in the Market Basket, one in the post office down the street. "This is 20 years I've been doing this," she says. "It's a horrible way to live." Now she has to juggle the condition with looking after her elderly parents— her mother lives alone, while her father, who suffers from dementia, is in a nursing home. Linda's brother was killed in Vietnam, and her twin sister died of cancer 18 years ago, so she is the only one left to help them.

She brightens. "But I travel," she says. "I go to England, I do every- thing. I love it." I'm thrown by this statement until I realize that she's talking about Google maps. I ask her to show me, and we move over to her computer, which sits on a desk squeezed between the sofa and the micro- wave. She fires up the maps program and lands us on top of Buckingham Palace in London.

Suddenly I get a sense of how much time Linda has spent in this flat. She knows the layout of the palace intimately, zooming in to try to peek through the windows, then flying around the back to check out the private gardens. Other favorite destinations include the Caribbean island of Aruba, and the celebrity mansions of Rodeo Drive. Sometimes she looks up the addresses of her old workmates from the factory, friends who when they lost their jobs moved away to Kentucky or California, places that because of her IBS, and the demands of her parents, she can never visit for real.

Over the years, Linda has, like many patients with irritable bowel syn- drome, been passed from doctor to doctor. She has been tested for intol- erances and allergies, and has tried cutting out everything from gluten and fat to tomatoes. But she found no relief until she took part in a trial led by Ted Kaptchuk, a professor at Harvard Medical School in Boston. It was a trial that would revolutionize the world of placebo research.

"You know I'm deviant?" Ted Kaptchuk looks straight at me and I get the sense that he is rather proud of this fact.1 "Yes," I answer. It's hard to read anything about the Harvard professor without coming across his unusual past. In fact it seeps from every corner of our surroundings—the house where he lives and works, on a leafy side street in Cambridge, Mas- sachusetts.

I'm asked to remove my shoes as I enter, and offered a cup of Earl Grey tea. Persian rugs cover the wooden floors, and proudly displayed in the hall is a huge brass tea urn. The décor is elegant, featuring period furniture, modern art and shelves filled with books—rows of hardbound doorstops embossed with gold Chinese lettering next to English volumes, fromThe Jewish Wardrobe to Honey Hunters of Nepal. Through the win- dow I glimpse the nuanced greens and pinks of a manicured ornamental garden that might be more at home in Japan.

Kaptchuk himself has gold rings, big brown eyes and a sweep of gray- ing hair topped by a black skullcap. He likes to quote from historical man- uscripts, and his answers to my questions are accompanied by long pauses and a furrowed brow. I ask him to tell me his own version of the path that brought him here and he says it started when he was a student and he traveled to Asia to study traditional Chinese medicine.

It's a decision he attributes to "sixties craziness. I wanted to do some- thing anti-imperialist." He was also interested in Eastern religions and phi- losophies, and the thinking of the Chinese Communist leader Mao Zedong. "Now I think that was a really bad reason to study Chinese medicine. But I didn't wanted to be co-opted, I didn't want to be part of the system."

After four years in Taiwan and China, he returned to the U.S. with a degree in Chinese medicine and opened a small acupuncture clinic in Cambridge. He saw patients with all sorts of conditions, mostly chronic complaints from pain to digestive, urinary and respiratory problems. Over the years, however, he became more and more uncomfortable with his role as a healer. He was good at what he did—perhaps too good. He would see dramatic cures, sometimes before patients had even received their treatment. "I would have patients who left my office totally differ- ent," he says. "Because they sat and talked to me, and I wrote a prescrip- tion. I was petrified that I was psychic. I thought, Shit, this is crazy."

Ultimately, Kaptchuk concluded that he didn't have paranormal pow- ers. But equally, he believed that his patients' striking recoveries didn't have anything to do with the needles or the herbs he was prescribing. They were because of something else, and he was interested in finding out what that something was.

In 1998, Harvard Medical School, just down the street from Kaptchuk's clinic, was looking for an expert in Chinese medicine. The U.S.  National Institutes  of Health (NIH)  was opening a center dedi- cated to funding scientific research into alternative and complementary medicine. Although tiny compared to existing NIH centers investigating cancer, for example, or genetics, it promised to be a useful new source of research dollars for Harvard. "But no one there knew a thing about Chinese medicine or any kind of alternative medicine," says Kaptchuk. "So they hired me."

Rather than study Chinese medicine directly, however, he decided to investigate the placebo effect, to find out whether this could explain why his patients did so well. Whereas Benedetti is interested in the molecules and mechanics of the placebo effect, Kaptchuk's focus is on people. The questions he asks are psychological and philosophical. Why should the expectation of a cure affect us so profoundly? Can the placebo effect be split into different components? Is our response affected by factors such as the type of placebo we take, or the bedside manner of our doctor?

In one of his first trials, Kaptchuk compared the effectiveness of two different kinds of placebo—fake acupuncture and a fake pill—in 270 pa- tients with persistent arm pain.2  It's a study that makes no sense from a conventional perspective. When comparing two inert treatments— nothing with nothing—you wouldn't expect to see any difference. Yet Kaptchuk did see a difference. Placebo acupuncture was more effective for reducing the patients' pain, whereas the placebo pill worked better for helping them to sleep.

This is the problem with placebo effects—in trials they are elusive and ephemeral, rarely disappearing completely but often altering their shape. They change depending on the type of placebo, and they vary in strength between people, conditions and cultures. For example, the percentage of people who responded to placebo in trials of a particular ulcer medication ranged from 59% in Denmark to just 7% in Brazil.3 The same placebo can have positive, zero or negative effects depending on what we're told about it, and the effects can change over time. Such shifting results have helped to create an aura around the placebo effect as something slightly unscientific if not downright crazy.

But it isn't crazy. What these results actually show, says Kaptchuk, is that scientists have long gotten their understanding of the placebo effect backwards. When he arrived at Harvard, he says, the experts there told him that the placebo effect "was the effect of an inert substance." It's a commonly used description but one that Kaptchuk describes as "com- plete nonsense." By definition, he points out, an inert substance does not have any effect.

What does have an effect, of course, is our psychological response to those inert substances. Neither fake acupuncture nor a fake pill is in itself capable of doing anything. But patients interpret them in different ways, and that in turn creates different changes in their symptoms.