A tale set in Europe between the first and second World Wars follows the coming-of-age of the son of a German father and Irish mother who pursues a complex love affair with the daughter of a German-Jewish baron as their world is overshadowed by Nazi forces.

NPR stories about Carry Me 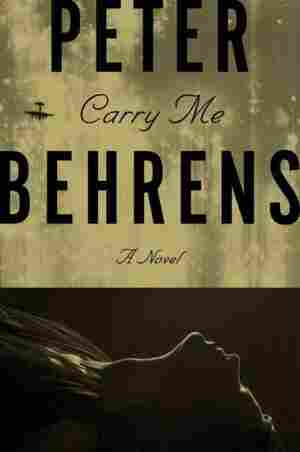 March 20, 2016 • Peter Behrens' novel, Carry Me, follows the fortunes of two interconnected families through the World Wars in Europe, as well as the turmoil leading up to Ireland's War of Independence. 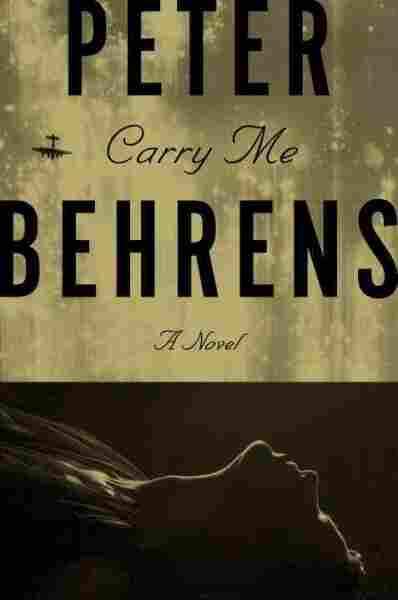 This will become the story of a young woman, Karin Weinbrenner. Her story is not mine, but sometimes her story feels like the armature my life has wound itself around. I am telling it, so this story is also about me.

I was born 27 May 1909 on the Isle of Wight, in a house, Sanssouci, named after Frederick the Great’s summer palace at Potsdam. I was baptized Hermann Lange but for most of my life have been called Billy.

Sanssouci still sits on a cliff overlooking the English Channel, which on a fair day spreads out below like blue butter. The house is now a small, expensive “boutique” hotel and no longer called Sanssouci. The management offers weekend-getaway packages for anxious Londoners who desire sea views, the scent of roses, and shadowy island lanes drip­ping with fuchsia.

Before the First World War the house belonged to Karin’s father, Baron Hermann von Weinbrenner. He was a chemist and colorist and very rich: half the cotton shirts in the world were dyed with aniline colors he’d created. The kaiser had first given Weinbrenner his von, then raised him to the lowest rank of nobility after he married Karin’s mother, daughter of an Irish peer.

Baron Hermann von Weinbrenner was the second Jewish member of the Royal Yacht Squadron at Cowes, on the Isle of Wight—Lord Rothschild was the first. Weinbrenner kept a pair of very fast gaff-rigged schooners, Hermione and Hermione II, and my father, Heinrich “Buck” Lange, was his racing skipper and trusted friend. Which is why my parents were living at Sanssouci and why I was born there.

Birthplaces, nationality—such details have consequences in this story.

My grandfather—also Heinrich Lange, but known in the family as Captain Jack—was a professional sea captain out of Hamburg. The Lange family had been traders and merchants (mostly in the Baltic) for a couple of hundred years before Captain Jack persuaded a syndi­cate of uncles and cousins to speculate in the California grain trade. Which meant purchasing San Joaquin Valley wheat at Port Costa, on San Francisco Bay, and transporting the cargo to Europe aboard their own three-masted bark, Lilith, to sell on the Hamburg exchange.

After some very rough weather on her westward passage round Cape Horn, Lilith was one hundred and seventy-one days out of Hamburg and a thousand miles off Acapulco when my grandmother Constance, who was Irish, went into labor. A couple of hours later my father was born in the master’s cabin, the delivery assisted by Captain Jack and by Joseph the Negro cook, who cried out, “Oh, the fine fellow! He is a bucko seaman!”

Christened Heinrich after his father and grandfather my father was known ever after as Buck.

Ten days later—six months out from Hamburg––Lilith dropped anchor at Yerba Buena Cove, and Heinrich/Buck was rowed ashore and registered as a loyal subject of the German emperor by Dr. Godeffroy, the consul at San Francisco.

The trouble starts there. Our story would have been quite different if, instead of being born on a German ship on the high seas, Buck had waited a few weeks to be born in a comfortable San Francisco hotel room.

Buck Lange an American citizen? How much simpler everything might have been.
But you can’t operate on history that way. An American Buck might have joined the American Expeditionary Force in 1917. I can see him answering the call to colors. He’d have been shipped to France and killed in one of the ugly, costly battles the AEF fought in 1918—

I don’t want to lose you over tedious genealogy and history that must be very dim to you. This is a story of real people who lived and died, about their times and what went wrong. I shall try to be hon­est even when it’s apparent I am making things up, delivering scenes I couldn’t have witnessed.

I know the truth in my bones. And that’s what I shall give you.

I’ll include documents—newspaper clippings, telegrams, even a film poster—from the Lange family archive, which McGill University has generously agreed to house. Calling it an archive is vainglorious. A few boxes on a library shelf are all it amounts to.

There are entries from Karin’s journal, her Kinds of Light book. When I read them I hear her voice. Even when her entries are merely extracts from her reading, I still feel her mind at work in the process of selection.

You’ll find letters here, from Karin, from others. I want you to hear the voices.

Otherwise they are all dead, aren’t they? Otherwise, no one remembers.