The Secret History of Cyber War

Describes the history of and key players in the development of cyber war strategies, from the ultra-top-secret cyber units in the Pentagon, to "information warfare" squads in the armed services. 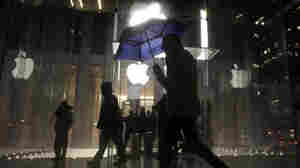 A pedestrian walks by an Apple store in New York City on Feb. 23. Protesters demonstrated against the FBI's efforts to require the company to make it easier to unlock the encrypted iPhone used by Syed Rizwan Farook. Julie Jacobson/AP hide caption

March 22, 2016 • Fred Kaplan, author of Dark Territory, traces the history of cyber defense into the current heated debate between the FBI and Apple over the encryption of the iPhone. 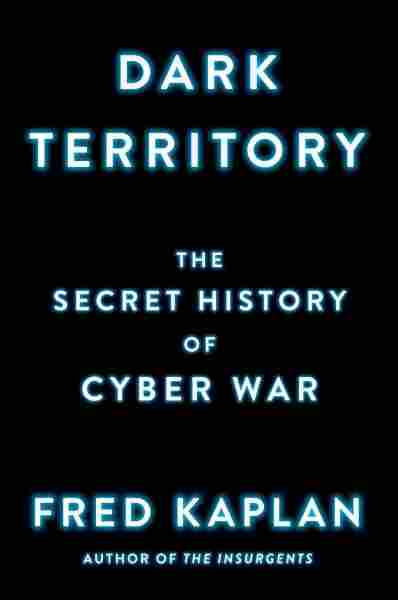 
IT was Saturday, June 4, 1983, and President Ronald Reagan spent the day at Camp David, relaxing, reading some papers, then, after dinner, settling in, as he often did, to watch a movie. That night’s feature was WarGames, starring Matthew Broderick as a tech-whiz teenager who unwittingly hacks into the main computer at NORAD, the North American Aerospace Defense Command, and, thinking that he’s playing a new computer game, nearly triggers World War III.

The following Wednesday morning, back in the White House, Reagan met with the secretaries of state, defense, and treasury, his national security staff, the chairman of the Joint Chiefs of Staff, and sixteen prominent members of Congress, to discuss a new type of nuclear missile and the prospect of arms talks with the Russians. But he couldn’t get that movie out of his mind. At one point, he put down his index cards and asked if anyone else had seen it. Nobody had (it had just opened in theaters the previous Friday), so he launched into a detailed summary of its plot. Some of the legislators looked around the room with suppressed smiles or arched eyebrows. Not quite three months earlier, Reagan had delivered his “Star Wars” speech, calling on scientists to develop laser weapons that, in the event of war, could shoot down Soviet nuclear missiles as they darted toward America. The idea was widely dismissed as nutty. What was the old man up to now?

After finishing his synopsis, Reagan turned to General John Vessey, the chairman of the Joint Chiefs, the U.S. military’s top officer, and asked, “Could something like this really happen?” Could someone break into our most sensitive computers?

Vessey, who’d grown accustomed to such queries, said he would look into it.

One week later, the general came back to the White House with his answer. WarGames, it turned out, wasn’t at all far-fetched. “Mr. President,” he said, “the problem is much worse than you think.”

It was a prescient document. The first laptop computers had barely hit the market, the first public Internet providers wouldn’t come online for another few years. Yet the authors of NSDD-145 noted that these new devices—which government agencies and high-tech industries had started buying at a rapid clip—were “highly susceptible to interception, unauthorized electronic access, and related forms of technical exploitation.” Hostile foreign intelligence agencies were “extensively” hacking into these services already, and “terrorist groups and criminal elements” had the ability to do so as well.

This sequence of events—Reagan’s oddball question to General Vessey, followed by a pathbreaking policy document—marked the first time that an American president, or a White House directive, discussed what would come to be called “cyber warfare.”

The commotion, for now, was short-lived. NSDD-145 placed the National Security Agency in charge of securing all computer servers and networks in the United States, and, for many, that went too far. The NSA was America’s largest and most secretive intelligence agency. (Insiders joked that the initials stood for “No Such Agency.”)