Secrets from the New Science of Expertise

by Anders Ericsson and Robert Pool

Draws on the examples of chess champions, violin virtuosos, star athletes, and memory mavens to outline a powerful approach to learning that enables proficiency through strategic goal setting, self-motivation and feedback exercises. 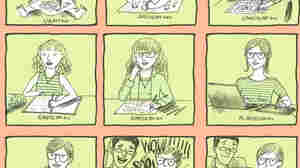 June 1, 2016 • In the age-old fight between hard work and talent, researcher Anders Ericsson says it's no contest. Practice wins the day.

1: The Power of Purposeful Practice

In just our fourth session together, Steve was already beginning to sound discouraged. It was Thursday of the first week of an experiment that I had expected to last for two or three months, but from what Steve was telling me, it might not make much sense to go on. "There appears to be a limit for me somewhere around eight or nine digits," he told me, his words captured by the tape recorder that ran throughout each of our sessions. "With nine digits especially, it's very difficult to get regardless of what pattern I use—you know, my own kind of strategies. It really doesn't matter what I use—it seems very difficult to get."

Steve, an undergraduate at Carnegie Mellon University, where I was teaching at the time, had been hired to come in several times a week and work on a simple task: memorizing strings of numbers. I would read him a series of digits at a rate of about one per second—"Seven . . . four . . . zero . . . one . . . one . . . nine . . ." and so on—and Steve would try to remember them all and repeat them back to me once I was done. One goal was simply to see how much Steve could improve with practice. Now, after four of the hour-long sessions, he could reliably recall seven-digit strings—the length of a local phone number—and he usually got the eight-digit strings right, but nine digits was hit or miss, and he had never managed to remember a ten-digit string at all. And at this point, given his frustrating experience over the first few sessions, he was pretty sure that he wasn't going to get any better.

What Steve didn't know—but I did—was that pretty much all of psychological science at the time indicated that he was right. Decades of research had shown that there is a strict limit to the number of items that a person can retain in short-term memory, which is the type of memory the brain uses to hold on to small amounts of information for a brief period of time. If a friend gives you his address, it is your short-term memory that holds on to it just long enough to write it down. Or if you're multiplying a couple of two-digit numbers in your head, your short-term memory is where you keep track of all the intermediate pieces: "Let's see: 14 times 27 . . . First, 4 times 7 is 28, so keep the 8 and carry the 2, then 4 times 2 is 8 . . ." and so on. And there's a reason it's called "short-term." You're not going to remember that address or those intermediate numbers five minutes later unless you spend the time repeating them to yourself over and over again—and thus transfer them into your long-term memory.

The problem with short-term memory—and the problem that Steve was coming face-to-face with—is that the brain has strict limits on how many items it can hold in short-term memory at once. For some it is six items, for others it may be seven or eight, but the limit is generally about seven items—enough to hold on to a local phone number but not a Social Security number. Long-term memory doesn't have the same limitations—in fact, no one has ever found the upper limits of long-term memory—but it takes much longer to deploy. Given enough time to work on it, you can memorize dozens or even hundreds of phone numbers, but the test I was giving Steve was designed to present digits so fast that he was forced to use only his short-term memory. I was reading the digits at a rate of one per second—too fast for him to transfer the digits into his long-term memory—so it was no surprise that he was running into a wall at numbers that were about eight or nine digits long.

Still, I hoped he might be able to do a little better. The idea for the study had come from an obscure paper I had discovered while searching through old scientific studies, a paper published in a 1929 issue of the American Journal of Psychology by Pauline Martin and Samuel Fernberger, two psychologists at the University of Pennsylvania. Martin and Fernberger reported that two undergraduate subjects had been able, with four months of practice, to increase the number of digits they could remember when given the digits at a rate of about one per second. One of the students had improved from an average of nine digits to thirteen, while the other had gone from eleven to fifteen.

This result had been overlooked or forgotten by the broader psychological research community, but it immediately captured my attention. Was this sort of improvement really even possible? And, if so, how was it possible? Martin and Fernberger had offered no details about how the students had improved their digit memory, but that was exactly the sort of question that most intrigued me. At the time, I was just out of graduate school, and my main area of interest was the mental processes that take place when someone is learning something or developing a skill. For my dissertation I had honed a psychological research tool called "the think-aloud protocol" that was designed specifically to study such mental processes. So in collaboration with Bill Chase, a well-known Carnegie Mellon psychology professor, I set out to redo the old Martin and Fernberger study, and this time I would be watching to see exactly how our subject improved his digit memory—if indeed he did.

The subject we had recruited was Steve Faloon, who was about as typical a Carnegie Mellon undergraduate as we could have hoped to find. He was a psychology major who was interested in early childhood development. He had just finished his junior year. His scores on achievement tests were similar to those of other Carnegie Mellon students, while his grades were somewhat higher than average. Tall and thin with thick, dark-blond hair, he was friendly, outgoing, and enthusiastic. And he was a serious runner—a fact that did not seem meaningful to us at the time but that would turn out to be crucial to our study.

On the first day that Steve showed up for the memory work, his performance was dead-on average. He could usually remember seven digits and sometimes eight but no more. It was the same sort of performance you would expect from any random person picked off the street. On Tuesday, Wednesday, and Thursday he was a little better—an average of just under nine digits—but still no better than normal. Steve said he thought that the main difference from the first day was that he knew what to expect from the memory test and thus was more comfortable. It was at the end of that Thursday's session that Steve explained to me why he thought he was unlikely to get any better.

Then on Friday something happened that would change everything. Steve found a way to break through. The training sessions went like this: I would start with a random five-digit string, and if Steve got it right (which he always did), I would go to six digits. If he got that right, we'd go to seven digits, and so on, increasing the length of the string by one each time he got it right. If he got it wrong, I would drop the length of the string by two and go again. In this way Steve was constantly challenged, but not too much. He was given strings of digits that were right at the boundary between what he could and couldn't do.

And on that Friday, Steve moved the boundary. Up to that point he had remembered a nine-digit string correctly only a handful of times, and he had never remembered a ten-digit string correctly, so he had never even had a chance to try strings of eleven digits or longer. But he began that fifth session on a roll. He got the first three tries—five, six, and seven digits—right without a problem, missed the fourth one, then got back on track: six digits, right; seven digits, right; eight digits, right; nine digits, right. Then I read out a ten-digit number—5718866610—and he nailed that one as well. He missed the next string with eleven digits, but after he got another nine digits and another ten digits right, I read him a second eleven-digit string—90756629867—and this time he repeated the whole thing back to me without a hitch. It was two digits more than he had ever gotten right before, and although an additional two digits may not seem particularly impressive, it was actually a major accomplishment because the past several days had established that Steve had a "natural" ceiling—the number of digits he could comfortably hold in his short-term memory—of only eight or nine. He had found a way to push through that ceiling.