A memoir by an award-winning paleobiologist traces her childhood in her father's laboratory, her longtime relationship with a brilliant but wounded colleague and the remarkable discoveries they have made both in the lab and during extensive field research assignments. 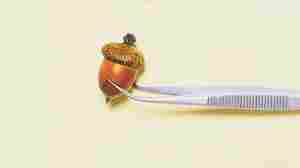 Just Trust Me: In Praise Of Strange Books

December 23, 2017 • Author Victoria Schwab says she loves the books that can't be categorized, that fall between library-shelf categories, and that spark passionate debate among readers who either love them or hate them. 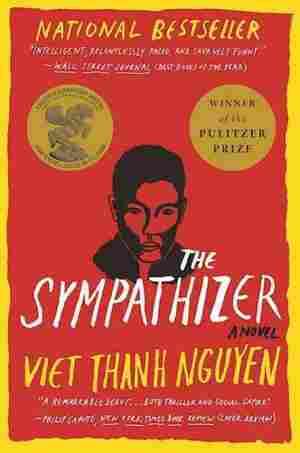 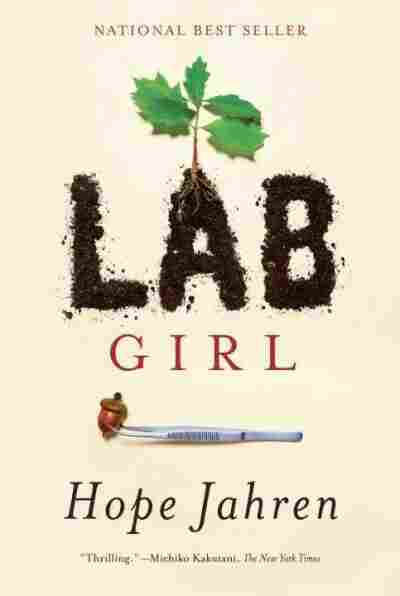 A seed knows how to wait. Most seeds wait for at least a year before starting to grow; a cherry seed can wait for a hundred years with no problem. What exactly each seed is waiting for is known only to that seed. Some unique trigger-combination of temperature-moisture-light and many other things is required to convince a seed to jump off the deep end and take its chance—to take its one and only chance to grow.

A seed is alive while it waits. Every acorn on the ground is just as alive as the three-hundred-year-old oak tree that towers over it. Neither the seed nor the old oak is growing; they are both just waiting. Their waiting differs, however, in that the seed is waiting to flourish while the tree is only waiting to die. When you go into a forest you probably tend to look up at the plants that have grown so much taller than you ever could. You probably don't look down, where just beneath your single footprint sit hundreds of seeds, each one alive and waiting. They hope against hope for an opportunity that will probably never come. More than half of these seeds will die before they feel the trigger that they are waiting for, and during awful years every single one of them will die. All this death hardly matters, because the single birch tree towering over you produces at least a quarter of a million new seeds every single year. When you are in the forest, for every tree that you see, there are at least a hundred more trees waiting in the soil, alive and fervently wishing to be.

A coconut is a seed that's as big as your head. It can float from the coast of Africa across the entire Atlantic Ocean and then take root and grow on a Caribbean island. In contrast, orchid seeds are tiny: one million of them put together add up to the weight of a single paper clip. Big or small, most of every seed is actually just food to sustain a waiting embryo. The embryo is a collection of only a few hundred cells, but it is a working blueprint for a real plant with root and shoot already formed.

When the embryo within a seed starts to grow, it basically just stretches out of its doubled-over waiting posture, elongating into official ownership of the form that it assumed years ago. The hard coat that surrounds a peach pit, a sesame or mustard seed, or a walnut's shell mostly exists to prevent this expansion. In the laboratory, we simply scratch the hard coat and add a little water and it's enough to make almost any seed grow. I must have cracked thousands of seeds over the years, and yet the next day's green never fails to amaze me. Something so hard can be so easy if you just have a little help. In the right place, under the right conditions, you can finally stretch out into what you're supposed to be.

After scientists broke open the coat of a lotus seed (Nelumbo nucifera) and coddled the embryo into growth, they kept the empty husk. When they radiocarbon-dated this discarded outer shell, they discovered that their seedling had been waiting for them within a peat bog in China for no less than two thousand years. This tiny seed had stubbornly kept up the hope of its own future while entire human civilizations rose and fell. And then one day this little plant's yearning finally burst forth within a laboratory. I wonder where it is right now.

Each beginning is the end of a waiting. We are each given exactly one chance to be. Each of us is both impossible and inevitable. Every replete tree was first a seed that waited.