A portrait of the lesser-known German naturalist reveals his ongoing influence on humanity's relationship with the natural world today, discussing such topics as his views on climate change, conservation and nature as a resource for all life.

NPR stories about The Invention of Nature 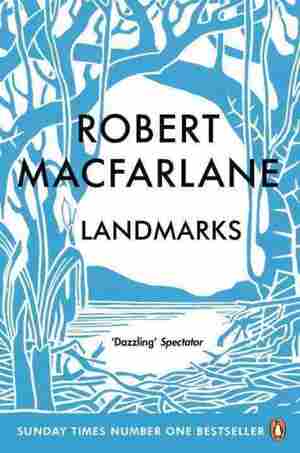 August 2, 2016 • Humans have always been curious about the natural world; nature provides enough order to soothe and enough wildness to escape. We've got a roundup of great nature writing from all over the world.

Excerpt: The Invention Of Nature 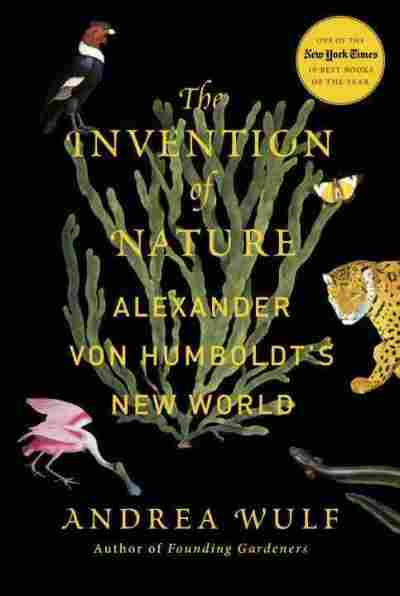 Five months after his arrival, Humboldt finally left Quito on 9 June 1802. He still intended to travel to Lima, even though Captain Baudin wouldn't be there. From Lima Humboldt hoped to find passage to Mexico, which he also wanted to explore. First, though, he was going to climb Chimborazo – the crown of his obsession. This majestic inactive volcano – a 'monstrous colossus' as Humboldt described it – was about one hundred miles to the south-west of Quito and rose to almost 21,000 feet.[7]7

As Humboldt, Bonpland, Montúfar and José rode towards the volcano, they passed thick tropical vegetation. In the valleys they admired daturas with their large trumpet-shaped orange blossoms and bright red fuchsias with their almost unreal-looking sculptural petals. Then, as the men slowly ascended, these voluptuous blooms were replaced by open grass plains where herds of small llama-like vicuñas grazed. Then Chimborazo appeared on the horizon, standing alone on a high plateau, like a majestic dome. For several days as they approached, the mountain stood out against the vibrant blue of the sky with no cloud smudging its imposing outline. Whenever they stopped, an excited Humboldt took out his telescope. He saw a blanket of snow on the slopes and the landscape around Chimborazo appeared barren and desolate. Thousands of boulders and rocks covered the ground, as far as he could see. It was an otherworldly scenery. By now Humboldt had climbed so many volcanoes that he was the most experienced mountaineer in the world but Chimborazo was a daunting prospect even to him. But what appeared unreachable, Humboldt later explained, 'exerts a mysterious pull'.

On 22 June they arrived at the foot of the volcano where they spent a fitful night in a small village. Early the next morning, Humboldt's team began the ascent together with a group of local porters. They crossed the grassy plains and slopes on mules until they reached an altitude of 13,500 feet. As the rocks became steeper, they left the animals behind and continued on foot. The weather was turning against them. It had snowed during the night and the air was cold. Unlike the previous days, the summit of Chimborazo was shrouded in fog. Once in a while the fog lifted, granting them a brief yet tantalizing glimpse of the peak. It would be a long day.

At 15,600 feet their porters refused to go on. Humboldt, Bonpland, Montúfar and José divided the instruments between them and continued on their own. The fog held Chimborazo's summit in its embrace. Soon they were crawling on all fours along a high ridge that narrowed to a dangerous two inches with steep cliffs falling away to their left and right – fittingly the Spanish called this ridge thecuchilla, or 'knife edge'. Humboldt looked determinedly ahead. It didn't help that the cold had numbed their hands and feet, nor that the foot that he had injured during a previous climb had become infected. Every step was leaden at this height. Nauseous and dizzy with altitude sickness, their eyes bloodshot and their gums bleeding, they suffered from a constant vertigo which, Humboldt later admitted, 'was very dangerous, given the situation we were in'. On Pichincha Humboldt's altitude sickness had been so severe that he had fainted. Here on the cuchilla, it could be fatal.

Despite these difficulties, Humboldt still had the energy to set up his instruments every few hundred feet as they ascended. The icy wind had chilled the brass instruments and handling the delicate screws and levers with half-frozen hands was almost impossible. He plunged his thermometer into the ground, read the barometer and collected air samples to analyse its chemical components. He measured humidity and tested the boiling point of water at different altitudes. They also kicked boulders down the precipitous slopes to test how far they would roll.

After an hour of treacherous climbing, the ridge became a little less steep but now sharp rocks tore their shoes and their feet began to bleed. Then, suddenly, the fog lifted, revealing Chimborazo's white peak glinting in the sun, a little over 1,000 feet above them – but they also saw that their narrow ridge had ended. Instead, they were confronted by the mouth of a huge crevasse which opened in front of them. To get around it would have involved walking across a field of deep snow but by now it was 1 p.m. and the sun had melted the icy crust that covered the snow. When Montúfar gingerly tried to tread on it, he sank so deeply that he completely disappeared. There was no way to cross. As they paused, Humboldt took out the barometer again and measured their altitude at 19,413 feet. Though they wouldn't make it to the summit, it still felt like being on the top of the world. No one had ever come this high – not even the early balloonists.

Looking down Chimborazo's slopes and the mountain ranges in the distance, everything that Humboldt had seen in the previous years came together. His brother Wilhelm had long believed that Alexander's mind was made 'to connect ideas, to detect chains of things'. As he stood that day on Chimborazo, Humboldt absorbed what lay in front of him while his mind reached back to all the plants, rock formations and measurements that he had seen and taken on the slopes of the Alps, the Pyrenees and in Tenerife. Everything that he had ever observed fell into place. Nature, Humboldt realized, was a web of life and a global force. He was, a colleague later said, the first to understand that everything was interwoven as with 'a thousand threads'. This new idea of nature was to change the way people understood the world.

Humboldt was struck by this 'resemblance which we trace in climates the most distant from each other'. Here in the Andes, for example, grew a moss that reminded him of a species from the forests in northern Germany, thousands of miles away. On the mountains near Caracas he had examined rhododendron-like plants – alpine rose trees, as he called them – which were like those from the Swiss Alps. Later, in Mexico, he would find pines, cypresses and oaks that were similar to those that grew in Canada. Alpine plants could be found on the mountains of Switzerland, in Lapland and here in the Andes. Everything was connected.

For Humboldt, the days they had spent travelling from Quito and then climbing up Chimborazo had been like a botanical journey that moved from the Equator towards the poles – with the whole plant world seemingly layered one on top of the other as one ascended the mountains. The vegetation zones ranged from the tropical plants down in the valleys to the lichens that he had encountered near the snow line. Towards the end of his life, Humboldt often talked about understanding nature from 'a higher point of view' from which those connections could be seen; the moment when he had realized this was here, on Chimborazo. With 'a single glance', he suddenly saw the whole of nature laid out before him.

When they returned from Chimborazo, Humboldt was ready to formulate his new vision of nature. In the Andean foothills, he began to sketch his so-calledNaturgemälde, an untranslatable German term that can mean a 'painting of nature' but it also implies a sense of unity or wholeness. It was, as Humboldt later explained, a 'microcosm on one page'. Unlike the scientists who had previously classified the natural world into tight taxonomic units along a strict hierarchy, filling endless tables with categories, Humboldt now produced a drawing.

'Nature was a living whole,' he later said, not a 'dead aggregate'. One single life, he said, had been poured over stones, plants, animals and mankind. It was this 'universal profusion with which life is everywhere distributed' that most impressed Humboldt. Even the atmosphere carried the kernels of future life – pollen, insect eggs and seeds. Life was everywhere and those 'organic powers are incessantly at work', he wrote. Humboldt was not so much interested in finding new isolated facts but in connecting them. Individual phenomena were only important 'in their relation to the whole', he explained. They were the parts that made the whole.

Depicting Chimborazo in cross-section, the Naturgemälde strikingly illustrated nature as a web in which everything was connected. On it, Humboldt showed plants distributed according to their altitudes, ranging from subterranean mushroom species to the lichens that grew just below the snow line. At the foot of the mountain was the tropical zone of palms and, further up, the oaks and fern-like shrubs that preferred a more temperate climate. Every plant was placed on the mountain precisely where Humboldt had found them.

Humboldt produced his first sketch of the Naturgemälde in South America and then published it later as a beautiful three-foot by two-foot drawing. To the left and right of the mountain he placed several columns that provided related details and information. By picking a particular height of the mountain (as given in metres in the first left- and right-hand column), one could trace connections across the table and the drawing of the mountain to learn about gravity, say, or the blueness of the sky, humidity, atmospheric pressure, temperature, chemical composition of the air, as well as what species of animals and plants could be found at different altitudes. Humboldt showed eleven zones of plants, along with details of how they were linked to changes in altitude, temperature and so on. All this information could then be linked to the other major mountains across the world, which were listed according to their height in the fourth column to the left.

This variety and richness, but also the simplicity of the scientific information depicted, was unprecedented. Humboldt was the first scientist to present such data visually. TheNaturgemälde showed for the first time that nature was a global force with corresponding climate zones across continents. Humboldt saw 'unity in variety'. Instead of placing plants in their taxonomic categories, he saw vegetation through the lens of climate and location: a radically new idea that still shapes our understanding of ecosystems today.

Excerpted from The Invention of Nature by Andrea Wulf. Copyright © 2015 by Andrea Wulf. Excerpted by permission of Knopf, a division of Random House LLC. All rights reserved. No part of this excerpt may be reproduced or reprinted without permission in writing from the publisher.