Inhabiting four lives, a railroad baron's valet who unwittingly ignites an explosion in Chinese labor, Hollywood's first Chinese movie star, a hate-crime victim whose death mobilizes Asian Americans and a biracial writer visiting China for an adoption, the author of The Welsh Girl captures and capsizes over a century of U.S. history.

NPR stories about The Fortunes 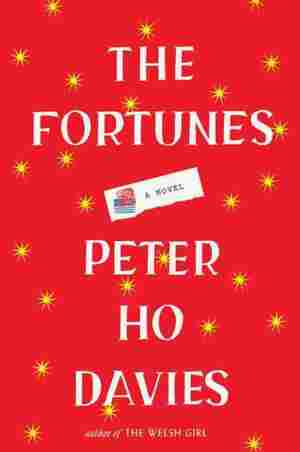 'The Fortunes' Is A Resonant Account Of The Chinese Immigrant Experience

September 10, 2016 • Peter Ho Davies' new novel tells four separate stories, from a 19th-century tycoon and his Chinese valet to the murder of a Chinese American man in 1982. It's a revelatory, deftly structured read. 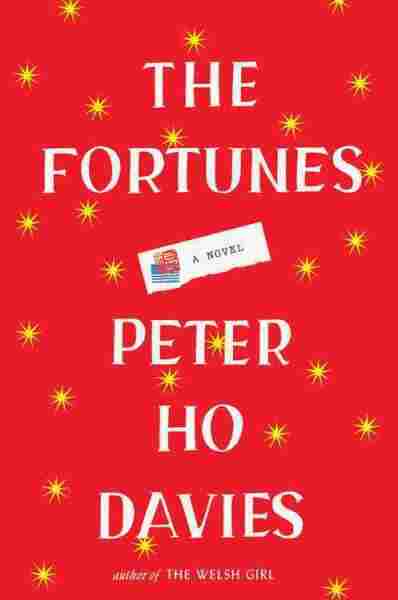 Beset by labor shortages, Crocker chanced one morn to remark his houseboy, a slight but perdurable youth named Ah Ling. And it came to him that herein lay his answer.
?—??American Titan, K. Clifford Stanton

1.
It was like riding in a treasure chest, Ling thought. Or one of the mistress's velvet jewel cases. The glinting brasswork, the twinkling, tinkling chandelier dangling like a teardrop from the inlaid walnut ceiling, the etched glass and flocked wallpaper and pendulous silk. And the jewel at the center of the box??—??Charles Crocker, Esquire, Mister Charley, biggest of the Big Four barons of the Central Pacific Railroad, resting on the plump brocaded upholstery, massive as a Buddha, snoring in time to the panting, puffing engine hauling them uphill.
It was more than a year since the end of the war and the shooting of the president??—??the skinny one, with the whiskery, wizened face of a wise ape??—??who had first decreed the overland railroad. His body had been carried home in a palace car much like this, Ling had heard Crocker boast. Ling pictured one long thin box laid inside another, the dead man's tall black hat perched atop it like a funnel. People had lined the tracks, bareheaded even in the rain, it was said, torches held aloft in the night. Like joss sticks, he reflected.
For a moment he fancied Crocker dead, the carriage swagged in black, and himself keeping vigil beside the body, but it was impossible with the snores alternately sighing and stuttering from the prone form. "Locomotion is a soporific to me," Crocker had confessed dryly as they boarded, and sure enough, his eyes had grown heavy before they reached Roseville. By the time the track began to rise at Auburn, the low white haze of the flats giving way to a receding blue, vegetal humidity to mineral chill, his huge head had begun to roll and bob, and he'd presently stretched himself out, as if to stop it crashing to the floor. Yet even asleep Crocker seemed inexorable, his chest surging and settling profoundly as an ocean swell, the watch chain draped across it so weighty it must have an anchor at one end. Carried to the Sierra summit, he looked set to rumble down the lee side into Nevada and Utah, bowling across the plains, sweeping all before him.
Ling knew he should be looking out the window, taking the chance to see the country, to see if the mountains really were gold, but he hadn't been able to take his eyes off the steep slope of his master's girth. My gold mountain, he thought, entertaining a fleeting vision of himself??—??tiny??—??scaling Crocker's imposing bulk, pickaxe in hand, following the glittering vein of his watch chain toward the snug cave of his vest pocket.
Ling didn't own a watch himself, of course, but shortly after he entered service Crocker had had him outfitted with a new suit from his dry goods store, picking it out himself. The storekeep had been peddling a more modest rig??—??"a fustian bargain, as it were!"??—??that the big man dismissed out of hand as shoddy. He settled on a brown plaid walking suit instead, waving aside the aproned clerk to yank the coat sharp over Ling's narrow shoulders. "There now!" Crocker declared, beaming at him in the glass. "Every inch a gentleman's valet." He taught Ling how to fasten only the top button of the jacket, leaving the rest undone, to "show the vest to advantage," and advised him he needn't bother with a necktie so long as he buttoned his shirt collar. "Clothes make the man," the circling clerk opined, sucking his teeth. "Even a Chinaman." And then, of course, there must be a hat, a tall derby, which Ling balanced like a crown, eyes upturned. As a finishing touch Crocker had tucked a gold coin, a half eagle, into Ling's vest pocket??—??a gift, though the cost of the outfit itself would come out of his wages??—??where Ling could swear the thing actually seemed to tick against his ribs like a heartbeat: rich, rich, rich.
He patted it now, as he finally turned to take in the scenery??—??the pale halo of sere grass along a ridge, the stiff flame of a cypress, the veiled peaks beyond??—??wondering despite himself if the mountains might glister through the flickering pines.

2.
Gold Mountain. Gum Shan. Ling had never even laid eyes on gold before he left Fragrant Harbor. It had made him feel furtively foolish. There he was, sent to find it and he'd never seen it in his life. What if he didn't recognize it? How yellow was it? How heavy? What if he walked right by it? "How can you miss it, lah!" Aunty Bao had snapped, over the snick of her abacus. "There'll be a mountain of it, stupid egg!" But Ling wasn't so sure. They came from Pearl River. If it were really full of pearls, he wanted to tell her, he wouldn't be sailing to Gold Mountain.
"Besides," Big Uncle insisted, "you have seen gold before." They were in his cabin on the "flower boat," the moored junk that housed the brothel Big Uncle owned and Aunty Bao??—??palely plump as the pork buns she was named after??—??managed for him. Yes, Big Uncle was saying, a grandfather had made his fortune prospecting in Nanyang. The old man had had a mouthful of gold teeth. As an infant, Ling had even been given gold tea, a concoction made by pouring boiling water over a piece of gold, supposed to ensure luck. Didn't he remember? Ling tried. For a second a vast, bared smile, glistening wetly, rose up before him and with it a feeling of fear, an impression, as the lips drew back, that beneath the flesh the man himself was made all of gold, that behind the gold teeth lay a gold tongue clanging in a gold throat. But the only "grandfather" he could actually recall was a broken-down old head swabbing the decks who had already lost those teeth, pulled, one by one, to pay for his opium habit. All that was left was a fleshy hole, the old man's lips hanging loose as an ox's, his tongue constantly licking his bruised-looking gums.
Still, Big Uncle pressed, "Gold is in your blood, boy!"
Perhaps, Ling thought, but he'd learned to doubt his blood.
His people were of that reviled tribe of sea gypsies known as Tanka, "egg folk," after the rounded rattan shelters of their sampans. Forbidden by imperial edict to live on land and only grudgingly tolerated in ports and coastal villages, for generations they'd made a thin living as fishermen, mocked for their stink by the Han Chinese. Latterly they'd made an even more odious, if also more lucrative, reputation smuggling opium for the British and pimping out their women to them for good measure. Ling's mother had been one of these haam-sui-mui, or "saltwater girls." "A lucky one," Aunty Bao observed with a moue of envy, a beauty plucked from the brothel by a wealthy foreigner and established in her own household. Only his mother's luck had run out fast. She'd died in childbirth, and her protector, Ling's father, had settled a generous sum on Big Uncle to take the infant off his hands. All Ling had left of her was her name. He had grown up on board the flower boat along with the other bastards, a clutch of them grudgingly provided for until they could be disposed of profitably, the girls as whores, the boys as coolies (a C or P daubed on their chests in pitch for Cuba or Peru, where they'd labor in the sugar plantations or mine guano).
The only children Big Uncle kept were his lawful sons by Aunty Bao. Their father styled himself a respectable Chinese comprador??—??frogged brocade jacket over ankle-length changshan, silk cap smoothed tight over shaven head??—??grooming his boys to run the family business, even if that business consisted of a brothel, an opium den, a smuggling fleet. Big Uncle's sons were plump and well dressed??—??on land they could pass for Cantonese??—??but more than anything Ling envied them their father's name.