Living with her warden father in an apartment above a 1950s county prison, Cammie struggles to come to terms with the mother who died to save her from harm while interacting with some of the reformed inmates, including one who makes a staggering sacrifice. Simultaneous eBook. 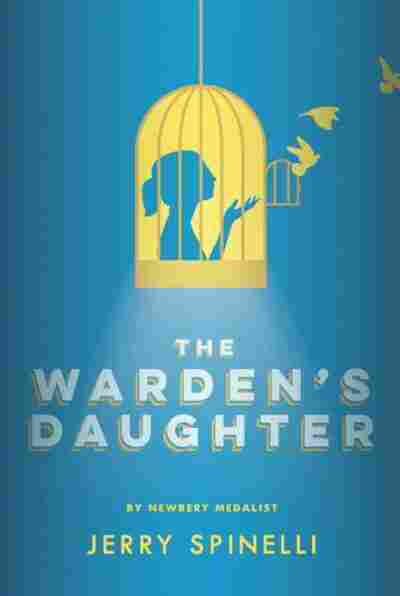 Breakfast time in the prison. The smell of fried scrapple filled the apartment. It happened every morning.

"I could teach you how to do it yourself," she said. "It's simple."

"You'll be a teenager soon. You'll have to learn someday."

Her name was Eloda Pupko. She was a prison trustee. She took care of our apartment above the prison entrance. Washed. Ironed. Dusted. And kept me company. Housekeeper. Cammie-keeper.

At the moment, she was braiding my hair.

I squawked. "Already?" I didn't want her to be done.

"This little bit?" She gave it a tug.

She was right. I'd wanted a pigtail down the middle, but all my short hair allowed was barely a one-knotter. A pigstub.

She stopped, turned, eyebrows arching. "No?"

I blurted the first thing that came to mind. "I want a ribbon."

Her eyes went wide. And then she laughed. And kept laughing.

She knew what I knew: I was anything but a hair-ribbon kind of girl. I sat on the counter stool dressed in dungarees, black-and-white high-top Keds and a striped T-shirt. My baseball glove lay on the other stool.

When she had laughed herself out, she said, "Ribbon? On a cannonball firebug?"

She had a point on both counts.

Cannonball was my nickname. As for "firebug"?.?.?.

In school two months earlier we had been learning about the Unami, the Native Americans from our area. This inspired me to make a fire the old-fashioned Unami way. For reasons knowable only to the brain of a sixth grader, I decided to do so in our bathtub.

On the way home from school one day, I detoured to the railroad tracks and creek and collected my supplies: a quartz stone, a rusty iron track-bed spike and a handful of dry, mossy stuff from the ground under a bunch of pine trees. I laid it all in the bathtub. And climbed in.

Over the mossy nest I smashed and scratched the stone and spike into each other. My arms were ready to fall off when a thin curl of smoke rose out of the nest. I blew on it. A spark appeared. "What are you doing?" said Eloda from the doorway. I glanced up at her--and screamed, because the spark had flamed and burned my thumb. Stone and spike clanked on porcelain. Eloda turned on the shower, putting out the fire and drenching me. When I dried off and changed my clothes, she put Vaseline and a Band-Aid on the burn and told me to tell people I had cut myself slicing tomatoes.

I showed her. The burn was just a pale pink trace by now. She took my hand in both of hers. She seemed to hold it longer than necessary.

"Number one law," she said.

"No more fires," I said. She had made me recite the words every time she changed the Band-Aid. She still made me say it.

Then her hands were off me, but I was still feeling her. It was her eyes. She was staring at me in a way that seemed to mean something, but I would not find out what till years later.

"Tell you what," she said, breaking the spell. "If you make it to three knots, I'll get you a ribbon."

Again she started to leave.

Again I blurted, "You're so lucky."

"You're right," she said. "That's why I decided to live here. I love the scrapple." She walked away.

She stopped. She waited, her back to me.

"I have work to do." She stepped into the dining room.

"I'm your boss!" I called--and instantly wished I could take it back. I added lamely, "When my dad's not here."

Her shoulders turned just enough so she could look back at me. Surprisingly, she did not seem angry. She sighed. "Miss O'Reilly--"

I stopped her: "My name is Cammie."

Now she was angry. My name, barely audible, came out with a blown breath: "Cammie."

This was in mid-June, the fourth day of summer vacation when I was twelve, and I had decided that Eloda Pupko must become my mother.