The Assassination of Alexander Litvinenko and Putin's War with the West

An account of the life, poisoning death and legacy of journalist and Russian dissident Alexander Litvinenko traces the author's own life-risking investigation through Litvinenko's final months infiltrating the arenas of organized criminals and political power players. Original. 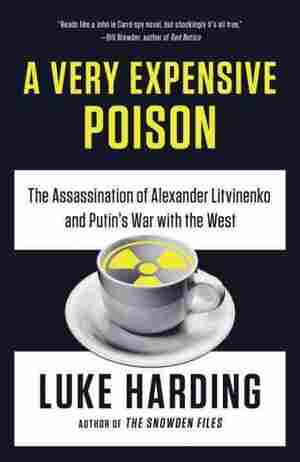 Journalist: Russia's Interference Is An 'Assault On The Western Liberal Order'

January 26, 2017 • Luke Harding, the former Moscow Bureau Chief for The Guardian, says that Putin "wants to turn the clock back to an age ... where strong sovereign nations didn't talk about values or human rights."

Journalist: Russia's Interference Is An 'Assault On The Western Liberal Order' 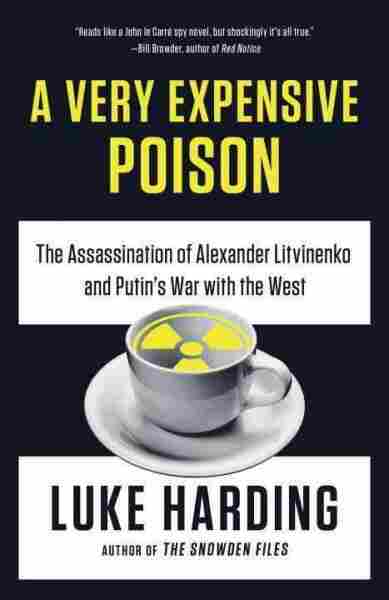 Prologue:
The Men from Moscow


Two of the Russians arriving that morning stood out. What precisely made them suspicious was hard to identify. But in the mind of Spencer Scott – the detective constable on duty at London's Gatwick Airport – there was a curious sense of doubt. It was 16 October 2006. Passengers were disembarking from a Transaero flight from Moscow. They were collecting luggage. A stream of new arrivals queued up at passport control, and then proceeded for customs and excise checks.

The first Russian was of medium height, thirty-something, with blond Slavic hair. He was wearing a casual jacket and carrying an expensive-looking leather laptop case. He appeared prosperous. The second, with dark hair, receding slightly, and a yellowish complexion, was clearly his companion. They weren't behaving oddly as such. And yet there was something – a furtiveness that pricked Detective Constable Scott's attention.

'I though they were of interest and basically as they came through immigration controls I stopped them and questioned them,' he recalled. Scott hadn't been told to look out for them; he was acting on a hunch. He asked them their names. One man spoke English and identified himself as Andrei Lugovoi. His friend, he said, was Dmitry Kovtun. Kovtun said nothing. It appeared he spoke only Russian. Scott took a grainy low-res photo of them. Lugovoi was on the right. In it they look like dark ghostly smudges. It was 11.34 a.m.

Lugovoi and Kovtun's story seemed convincing enough: they had flown into London for a business meeting. Lugovoi said he owned a company called Global Project. Moreover, his friend was a member of the finance department at a respectable Moscow bank. Their travel agent had booked them in for two nights at the Best Western Hotel in Shaftesbury Avenue. The hotel wasn't cheap: £300 a night. Lugovoi handed over his reservation. It was genuine.

Still, there was something unsettling about their answers, Scott felt: 'They were very evasive as to why they were coming to the UK.' Normally, those subjected to a random stop would open up – about families, holiday plans, the lousy English weather. The two Russians, by contrast, were elusive. 'As I asked them questions, they weren't coming out with the answers that I wanted to hear or expected to hear. They were giving me very, very short answers,' Scott said. Their replies offered 'no information'.

Scott looked on the internet but couldn't find Global Project. The Russians told him that their business meeting was with 'Continental Petroleum Limited', a company based at 58 Grosvenor Street in London. Scott rang the firm's landline. A man answered, confirmed they were registered with the UK's financial authority. OK, then. The constable checked the police database. Nothing. Britain's intelligence agencies, MI5 and MI6, hadn't flagged Lugovoi and Kovtun either. Apparently, they weren't of interest.

A copper's nose was one thing; hard facts another. With no evidence to go on, Scott took soundings from his sergeant, who advised him to let both men 'go forward'. Britain's judicial and police system rests on a presumption of innocence – unlike in Russia, Lugovoi and Kovtun's homeland, where judges take informal guidance from above. After twenty minutes the Russians were told they were free to leave. They collected their luggage and headed for central London. Scott put their photo in a file. It was stamped: 'For intelligence purposes only.'

It was little more than a month later that Scotland Yard – faced with a situation of unprecedented international horror – realised Scott's instinct had been preternaturally correct. The two weren't businessmen. They were killers. Their cover story was just that. It had been painstakingly constructed over a period of months, possibly years. And it worked.

That morning, Lugovoi and Kovtun were bringing something into Britain that customs had failed to detect. Not drugs, or large sums of cash. Something so rare and strange and otherworldly, it had never been seen before in this form in Europe or America.
It was, as Kovtun put it, talking in confidence to a friend in Hamburg, 'a very expensive poison'. A toxin which had started its surreptitious journey to London from a secret nuclear complex in south-west Siberia. An invisible hi-tech murder weapon.

Lugovoi and Kovtun were to use it to kill a man named Alexander Litvinenko. Litvinenko was a Russian émigré who had fled to Britain six years previously. He'd become a persistent pain for the Russian government. He was a remorseless critic of Vladimir Putin, Russia's secret policeman turned president. By 2006, Litvinenko was increasingly anomalous: back in Russia many sources of opposition has been squashed.

Her Majesty's Government had given Litvinenko a fake British passport, an encrypted phone and a salary of £2,000 a month, paid anonymously into his HSBC account and appearing on his bank statement incongruously next to his groceries from Waitrose. He had an MI6 case officer, codenamed 'Martin'.

Litvinenko wasn't exactly James Bond. But he was passing to British intelligence sensitive information about the links between Russian mafia gangs active in Europe and powerful people at the very top of Russian power – including Putin. According to Litvinenko, Russian ministers and their mobster friends were, in effect, part of the same sprawling crime syndicate. A mafia state. It was his contention that a criminal code had replaced the defunct ideology of communism.

Litvinenko knew about this mafia's activities in Spain; he was, in the words of one friend, a walking encyclopedia on organised crime. So much so that MI6 loaned him out to colleagues from Spanish intelligence in Madrid.

All of this made Litvinenko a traitor, and the KGB's punishment for spies who betrayed their country was understood. From the very beginning of the Bolshevik revolution in 1917, Moscow had used poisons, bullets, bombs hidden in cakes and other lethal methods to snuff out its 'enemies', at home and abroad, from Leon Trotsky to Georgi Markov, the Bulgarian dissident and writer poisoned on Waterloo Bridge in 1978 with an ingenious ricin-tipped umbrella. As Stalin famously observed, 'No man, no problem.'

There was a spectrum. It went from killings that were demonstrative, to those where the KGB's fingerprints were nowhere to be found, however hard you looked. Boris Yeltsin had stayed those methods in the post-communist 1990s; the KGB's poison factory seemingly mothballed; Russia's democrats briefly in the ascendant. Now, under Putin, such methods were back. The FSB was Russia's pre-eminent institution. It was all-powerful, beyond the law, and – like its Leninist predecessors – a purveyor of state terror.

In the glory days of the Soviet Union, the KGB dispatched professionals and undercover 'illegals' to carry out extra-judicial murders – known in the spy trade as 'wet jobs'.

Lugovoi and Kovtun's mission to London was supposed to be exactly such an operation: ruthless, clinical, undetectable – an iron fist concealed in a velvet glove. It was to be done in the best traditions of the Cheka, the counter-revolutionary police force founded by Felix Dzerzhinsky, Lenin's friend. Dzerzhinsky's statuette with its cold, pinched features sat in Putin's office.

But, despite a resurgence under Putin, Russia's spy agencies had suffered the same degradation that had blighted all Russian institutions – the presidency, Russia's parliament or Duma, medicine, science and technology. Critics said the country, despite its great power pretensions, was slowly dying. Its modern assassins were a shambolic lot.

The idea was that nobody would notice the visiting Russians. Once they had poisoned their victim they would escape back to Moscow, leaving few ripples on the busy surface of London life. Their target, of course, would die horribly. But the Kremlin's hand would be hidden. The British would mark his death down as a baffling case of gastro-enteritis and those who carried out the murder would return to a life of shadowy anonymity. And, one imagines, reward. The payment for murder, Kovtun hinted, was a Moscow flat.

It didn't quite work out like that. Russia's poisoning project, when finally accomplished, would prompt a British public inquiry costing millions of pounds. One that examined the masses of evidence collected by the Metropolitan Police, from hotels, restaurants, car seats – even from a bronze phallus at a nightclub visited by the assassins in Soho. Scotland Yard was able to reconstruct minute by minute the events leading up to the murder. Its investigation – made public more than eight years later – was one of the most extensive in criminal history.

Yet despite this exposure there were soon to be other victims – opponents felled in murky circumstances abroad or, like the opposition leader Boris Nemtsov, killed outside the very gates of the Kremlin. Moscow would send tanks across borders, start a war in Europe, and annex a large chunk of neighbouring territory. Its proxies – or possibly Russian servicemen – would blow a civilian plane out of the sky.
The common theme here was contempt: a poisonous disregard for human life. For Vladimir Putin's critics have an uncanny habit of turning up dead.