Artists and Athletes, Pirates and Punks, and Other Revolutionaries Who Shaped History

"From the authors of the New York Times bestselling book Rad American Women A-Z, comes a bold new collection of 40 biographical profiles, each accompanied by a striking illustrated portrait, showcasing extraordinary women from around the world. In Rad Women Worldwide, writer Kate Schatz and artist Miriam Klein Stahl tell fresh, engaging, and inspiring tales of perseverance and radical success by pairing well researched and riveting biographies with powerful and expressive cut-paper portraits. Featuring an array of diverse figures from Hatshepsut (the great female king who ruled Egypt peacefully for two decades) and Malala Yousafzi (the youngest person to win the Nobel Peace Prize) to Poly Styrene (legendary teenage punk and lead singer of X-Ray Spex) and Liv Arnesen and Ann Bancroft (polar explorers and the first women to cross Antarctica), this progressive and visually arresting book is a compelling addition to women's history"— 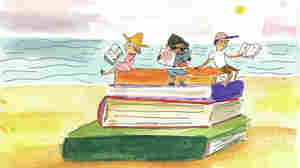 Summer Reading For Your Woke Kid

July 6, 2017 • Looking for books to feed your child's curiosity and ignite the social activist inside of them? Here's our list of children's books to keep your child occupied all summer long. 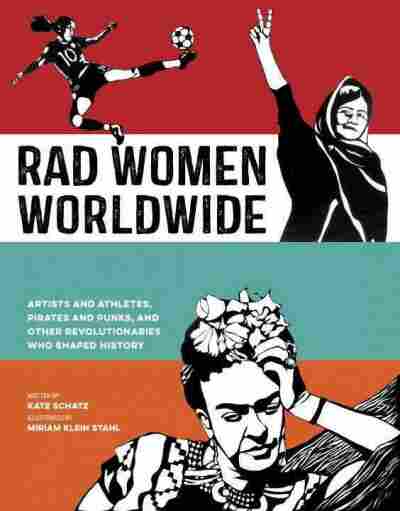 “I am happy to be alive as long as I can paint.”

It seems like everyone today knows who Frida Kahlo is, but that wasn’t always the case. Like so many women artists throughout history, Frida didn’t gain the recognition she deserved until many years after her death. When she died in 1954, the New York Times obituary headline read “Frida Kahlo, Artist, Diego Rivera’s Wife.” This was how she was known for a long time: as the strange wife of famous muralist Diego Rivera. She’s now considered one of the greatest artists of the 20th century.

Magdalena Carmen Frieda Kahlo y Calderón was born just before the outbreak of the Mexican Revolution. She lived in La Casa Azul, a small house that her father painted blue. When she was six she came down with polio, which left her right leg permanently disfigured. To help it heal, her father encouraged her to exercise and play sports, but she always had a prominent limp.

Frida didn’t plan to be an artist—she wanted to be a doctor, and she studied medicine at one of Mexico’s finest schools. Everything changed when she was in a bus accident at age 18. She was severely injured and spent months in a full-body cast. Isolated and in pain, she began to paint. Her mother made her an easel she could use while lying down, and her father shared his oil paints. She experimented with bright colors that reminded her of traditional Mexican folk art. The small self-portraits that she created helped her process her traumatic accident.

Frida eventually showed four of her pieces to the artist Diego Rivera, whom she adored. “You’ve got talent,” he told her, and it was true. Her paintings were deeply personal, yet they combined elements of Mexican art, classical European painting, and newer Surrealist works. She and Diego eventually married and became part of a thriving Mexican art scene. It was a male-dominated scene but Frida also encountered women like singer Chavela Vargas, muralist Fanny Rabel, and photographer Lola Alvarez Bravo (the first and only person to exhibit Frida’s paintings in Mexico during her lifetime).

Frida remained relatively obscure until the 1980s, when a biography about her got people’s attention. Feminist and Latina artists began to celebrate her work, and she became a cultural icon, now more well known than Diego. Frida’s life was painful, and she created over 140 paintings that reflected it. Unlike many other artists at the time, Frida didn’t paint landscapes or abstract shapes: she painted her real, pained self. She celebrated her flaws, her fears, her country, and her desires and she did it beautifully.