A Trio of Romances

Love in the time of Hamilton ... On October 14, 1781, Alexander Hamilton led a daring assault on Yorktown's defenses and won a decisive victory in America's fight for independence. Decades later, when Eliza Hamilton collected his soldiers' stories, she discovered that while the war was won at Yorktown, the battle for love took place on many fronts. 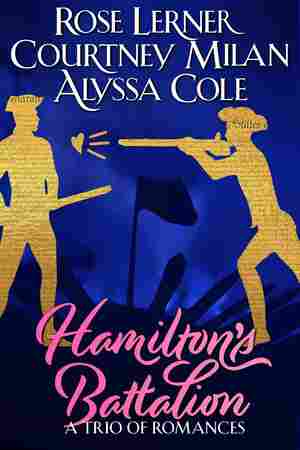 November 9, 2017 • Even if you haven't seen the musical, you can keep warm this November with a delightful trio of novellas set in and around the battalion commanded by Alexander Hamilton at the siege of Yorktown.