Title
The End We Start from
Author
Megan Hunter

In an alternate-world modern London submerged below flood waters, a woman who has just given birth to her first child is forced to flee her home with her baby to seek refuge in a variety of locations while the baby thrives against all odds.

NPR stories about The End We Start from 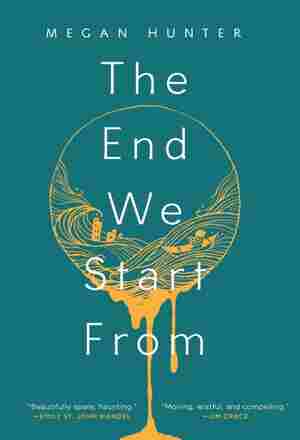 November 22, 2017 • Megan Hunter's new book follows a woman and her newborn who flee an epic flood. "What would it be like if there was an environmental crisis ... in London," she asks, "and where would people go?"

Excerpt: The End We Start From 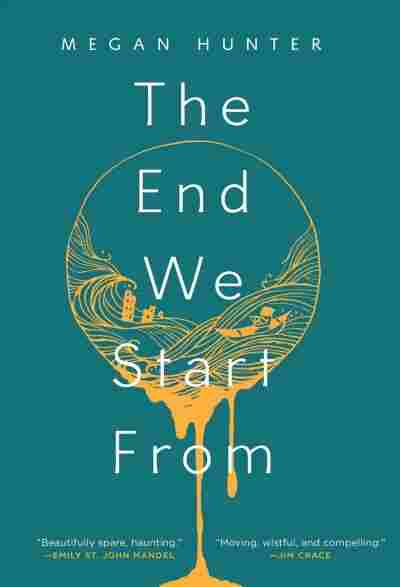 I am thirty-two weeks pregnant when they announce it: the water is rising faster than they thought. It is creeping faster. A calculation error. A badly plotted movie, sensors out at sea.

We hide under the duvet with a torch like children. I ask R if he still would have done it. If he had known. He doesn't answer.

He shines the torch up into the duvet and makes his fingers into ducks. I decide to take that as a yes.* * *

I am a geriatric primigravida, but I don't look it.

We have leather sofas. R spills takeaway on them and grins: wipe clean.

I am thirty-eight weeks when they tell us we will have to move. That we are within the Gulp Zone.

I say whoever thought of that name should be boiled in noodles. R spends all night on the same property website. It is loading very slowly.* * *

Man came from a germ. From this germ we fashioned him, from clot to bones to thick flesh. We stood him up on one end, a new creation.* * *

J phones an ambulance and S looks out of the window palely.

I gaze at the wooden floor. I have never noticed how beautiful it is before.

It is perfectly dusk-coloured, and the whorls are rising like dark little planets through its glow.

Between the waves of disembowelling wrench the world is shining. I feel like Aldous Huxley on mescaline. I am drenched in is-ness.