Former enforcer John lives in the remote woods of Yorkshire with his two children, Cathy and Daniel, leading a quiet life in a house they built themselves; but when a local landowner shows up on their doorstep, their precarious existence is threatened, and a series of actions is set in motion that can only end in violence. Original. A Man Book Prize finalist. 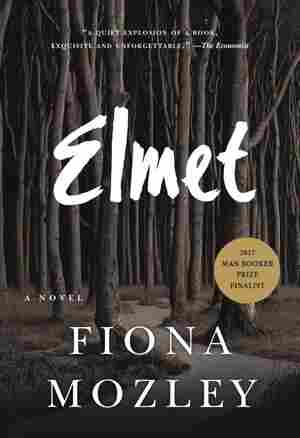 December 2, 2017 • Fiona Mozley's book Elmet explores masculinity in both male and female characters. "When we sort of see a woman possessing unexpected or fantastical physical strength it's questioned more," she says. 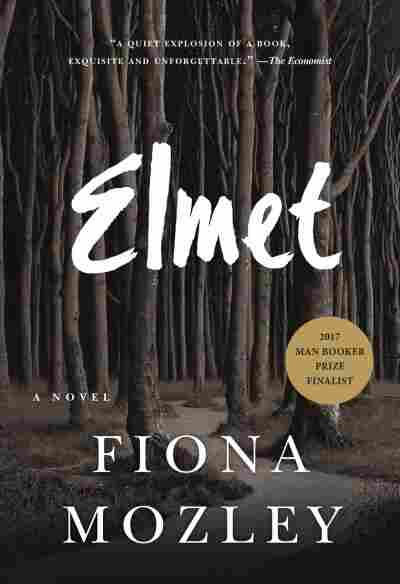 We arrived in summer when the landscape was in full bloom and the days were long and hot and the light was soft. I roamed shirtless and sweated cleanly and enjoyed the hug of the thick air. In those months I picked up freckles on my bony shoulders and the sun set slowly and the evenings were pewter before they were black, before the mornings seeped through again. Rabbits gamboled in the fields and when we were lucky, when the wind was still and a veil settled on the hills, we saw a hare.

Farmers shot vermin and we trapped rabbits for food. But not the hare. Not my hare. A dam, she lived with her drove in a nest in the shadow of the tracks. She was hardened to the passing of the trains and when I saw her I saw her alone as if she had crept out of the nest unseen and unheard. It was a rare thing for creatures of her kind to leave their young in summer and run through the fields. She was searching. Searching for food or for a mate. She searched as if she were a hunting animal, as if she were a hare who had thought again and decided not to be prey but rather to run and to hunt, as if she were a hare who found herself chased one day by a fox and stopped suddenly and turned and chased back.

Whatever the reason, she was unlike any other. When she darted I could barely see her but when she stopped for a moment she was the stillest thing for miles around. Stiller than the oaks and pines. Stiller even than the rocks and pylons. Stiller than the railway tracks. It was as if she had grabbed hold of the earth and pinned it down with her at its center, and even the quietest, most benign landmarks spun outrageously around, while all of it, the whole scene, was suckered in by her exaggerated, globular, amber eye.

And if the hare was made of myths then so too was the land at which she scratched. Now pocked with clutches of trees, once the whole county had been woodland and the ghosts of the ancient forest could be marked when the wind blew. The soil was alive with ruptured stories that cascaded and rotted then found form once more and pushed up through the undergrowth and back into our lives. Tales of green men peering from thickets with foliate faces and legs of gnarled timber. The calls of half-starved hounds rushing and panting as they snatched at charging quarry. Robyn Hode and his pack of scrawny vagrants, whistling and wrestling and feasting as freely as the birds whose plumes they stole. An ancient forest ran in a grand strip from north to south. Boars and bears and wolves. Does, harts, stags. Miles of underground fungi. Snowdrops, bluebells, primroses. The trees had long since given way to crops and pasture and roads and houses and railway tracks and little copses, like ours, were all that was left.

Daddy and Cathy and I lived in a small house that Daddy built with materials from the land here about. He chose for us a small ash copse two fields from the east coast main line, far enough not to be seen, close enough to know the trains well. We heard them often enough: the hum and ring of the passenger trains, the choke and gulp of the freight, passing by with their cargo tucked behind in painted metal tanks. They had timetables and intervals of their own, drawing growth rings around our house with each journey, ringing past us like prayer chimes. The long, indigo Adelantes and Pendolinos that streaked from London to Edinburgh. The smaller trains that bore more years, with rust on their rattling pantographs. Old carthorse-trains chugging up to the knacker, they moved too slowly for the younger tracks and slipped on the hot-rolled steel like old men on ice.

On the day we arrived an old squaddy drove up the hill in an articulated lorry filled with cracked and discarded stone from an abandoned builders' yard. The squaddy let Daddy do most of the unloading while he sat on a freshly cut log and smoked cigarette after cigarette that Cathy rolled from her own tobacco and papers. He watched her closely as she spun them with her fingers and tipped tongue over teeth to lick the seal. He looked at her right thigh as she rested the tobacco pouch upon it and more than once leaned over to pick it up, brushing his hand against her as he did so, then pretending to read the text on the packet. He offered to light her cigarettes for her each time. He held out the flame eagerly and took offence, like a child, when she continued to light them herself. He could not see that she was scowling the whole time and frowning at her hands as she did his work. He was not a man who could look and see and understand faces well enough to tell. He was not one of those who know what eyes and lips mean or who can imagine that a pretty face might not be closed around pretty thoughts.

The squaddy talked all afternoon about the army and the fighting he had done in Iraq and in Bosnia and how he had seen boys as young as me slashed open with knives, their innards a passing blue. There was little darkness in him when he told us this. Daddy worked on the house during the day and in the evening the two grown men went down the hill to drink some of the cider the squaddy had brought in a plastic pop bottle. Daddy did not stay long. He did not like drinking much and he did not like company save for me and my sister.

When Daddy came back he told us that he'd had an argument with the squaddy. He had clouted the squaddy about the head with his left fist and now had a bloody nick in his skin just by the thumb knuckle.

I asked him what had started the argument.

Cathy and I thought that was fair enough.