When Myriam, a French-Moroccan lawyer, decides to return to work after having children, she and her husband look for the perfect nanny for their two young children. They never dreamed they would find Louise: a quiet, polite, devoted woman who sings to the children, cleans the family's chic apartment, stays late without complaint and hosts enviable kiddie parties. But as the couple and the nanny become more dependent on one another, jealousy, resentment and suspicions mount, shattering the idyllic tableau.

NPR stories about The Perfect Nanny 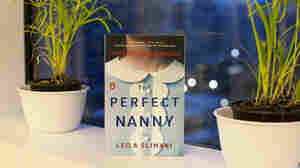 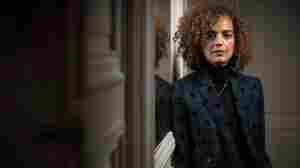 January 14, 2018 • Leila Slimani's breakout novel, inspired by true stories of killer caregivers, chronicles the complex relationship between a mother and her babysitter. 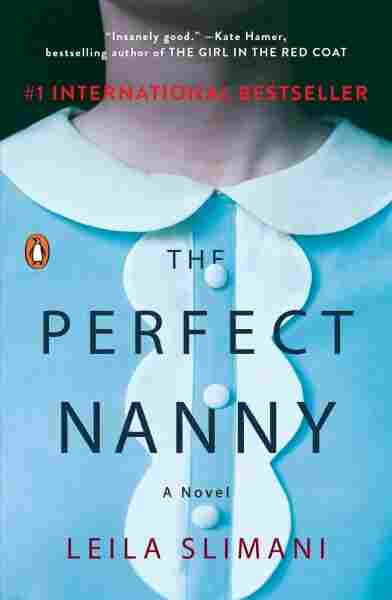 The baby is dead. It took only a few seconds. The doctor said he didn't suffer. The broken body, surrounded by toys, was put inside a gray bag, which they zipped shut. The little girl was still alive when the ambulance arrived. She'd fought like a wild animal. They found signs of a struggle, bits of skin under her soft fingernails. On the way to the hospital, she was agitated, her body shaken by convulsions. Eyes bulging, she seemed to be gasping for air. Her throat filled with blood. Her lungs had been punctured, her head smashed violently against the blue chest of drawers.

They photographed the crime scene. They dusted for fingerprints and measured the surface area of the bathroom and the children's bedroom. On the floor, the princess rug was soaked with blood. The changing table had been knocked sideways. The toys were put in transparent bags and sealed as evidence. Even the blue chest of drawers will be used in the trial.

The mother was in a state of shock. That was what the paramedics said, what the police repeated, what the journalists wrote. When she went into the room where the children lay, she let out a scream, a scream from deep within, the howl of a she-wolf. It made the walls tremble. Night fell on this May day. She vomited and that was how the police foundher, squatting in the bedroom, her clothes soiled, shuddering like a madwoman. She screamed her lungs out. The ambulance man nodded discreetly and they picked her up, even though she resisted and kicked out at them. They lifted her slowly to her feet and the young female trainee paramedic administered a tranquilizer. It was her first month on the job.

They had to save the other one too, of course. With the same level of professionalism; without emotion. She didn't know how to die. She only knew how to give death. She had slashed both her wrists and stabbed the knife in her throat. She must have lost consciousness, lying next to the cot. They took her pulse and blood pressure. They moved her onto the stretcher and the young trainee applied pressure to the wound in her neck.

The neighbors have gathered outside the building. Women, mostly. It will soon be time to fetch their children from school. They stare at the ambulance, puffy-eyed. They cry and they want to know. They stand on tiptoe, trying to make out what is happening behind the police cordon, inside the ambulance as it sets off, sirens screaming. They whisper to one another. Already, the rumor is spreading. Something terrible has happened to the children.

It is a handsome apartment building on Rue d'Hauteville, in Paris's tenth arrondissement. A building where neighbors offer friendly greetings, even if they don't know each other. The Massés' apartment is on the fifth f loor. It's the smallest apartment in the building. Paul and Myriam built a dividing wall in the living room when their second child was born. They sleep in one half of that room, a cramped space between the kitchen and the window that overlooks the street. Myriam likes Berber rugs and furniture that she finds in antique stores. She has hung Japanese prints on the walls.

Today, she came home early. She cut short a meeting and put off the examination of a dossier until tomorrow. Sitting on a folding seat on a Line 7 train, she thought about how she would surprise her children. During the short walk from the metro station, she stopped at a baker's. She bought a baguette, a dessert for the little ones and an orange cake forthe nanny. Her favorite.

She thought about taking the children to the fairground rides. After that, they would buy the food for dinner together. Mila would ask for a toy; Adam would suck on a crust of bread in his stroller.

Adam is dead. Mila will be too, soon.