A former Border Patrol agent's haunting experience of an unnatural divide and the lives caught on either side, struggling to cross or to defend it.

NPR stories about The Line Becomes a River 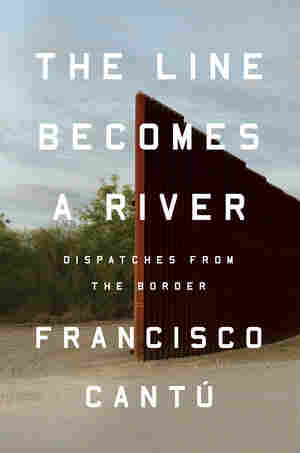 February 6, 2018 • In The Line Becomes a River, Francisco Cantú looks back on his time as a Border Patrol agent. He says, in his experience, "No matter what obstacle we put at the border, it's going to be subverted."

Excerpt: The Line Becomes A River 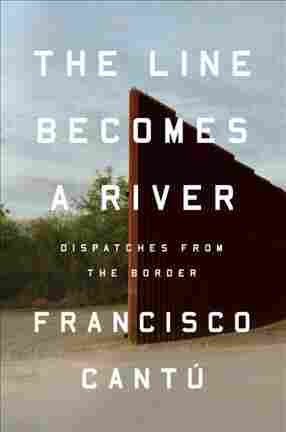 At the station I was given the keys to a transport van and told to drive out to the reservation where two quitters had been seen wandering through the streets of a small village. When I arrived it was just after dark and I noticed few signs of life as I drove past the scattered homes, scanning for disheartened crossers. In the center of the village a small adobe church stood in an empty dirt lot, and I saw that the front door had been left ajar. I parked the van and left the headlights shining on the entrance. I walked to the heavy wooden door and leaned with all my weight to push it open, causing a loud and violent scraping to rise up and echo into the dim interior.

Inside the church, the light from my flashlight glinted off tiny strings of tinsel hanging from the ceiling. A large piece of fabric depicting the Virgin of Guadalupe was strung across the front wall, and beneath it I saw two figures lying on a blanket that had been spread out between the pews and the altar. As I approached, a man looked up at me and squinted, holding out his hand to block the light. We were resting a little, he said. It's just that we are lost, muy desanimados. A woman huddled close to him, hiding her face. The man propped himself up on one elbow and told me that they had crossed four days ago, that their guide had left them behind on the first night when they'd failed to keep pace with the group. They were lost for days, he said, with nothing to drink but the filthy water from cattle tanks. Puede ser muy fea la frontera, I told him. The man shook his head. Pues sí, he replied, pero es aún más feo donde nosotros vivimos.

The man told me that they came from Morelos. My wife and I, we're just coming to find work, he said. He rubbed his eyes in silence. I have fresh water for you, I told them. At the station there's juice and crackers. The man looked at me and smiled weakly, then asked for a minute to gather their belongings. He stuffed some things into a backpack, then helped his wife to her feet. Her face was streaked with dried tears, and when she turned toward me I saw that she was pregnant. How many months are you? I asked. The woman looked away and the man answered for her. Seis meses. He smiled. My wife speaks perfect English, he said, shouldering the backpack. He stopped in front of the altar, bowing his head and making the sign of the cross. I waited at the door as he mumbled a prayer. Gracias, he whispered. Gracias.

Outside I looked at their faces in the glare of my headlights. The woman seemed young. Where did you learn English? I asked. Iowa, she told me quietly. I grew up there, she said, I even got my GED. She kept her head down and avoided my gaze as she talked, glancing up only briefly at my uniformed body. Why did you leave? I asked her. She told me that she had returned to Morelos to care for her younger siblings after their mother died. In Morelos I made some money teaching English at the kindergarten, she said, I even tutored the adults in my village, people preparing for the journey north. For a few seconds she seemed proud, and then she shook her head. But the money there, it isn't enough. She glanced up at her husband. It was my idea to cross, she said. I wanted our child to have a life here, like I did.

The man took a moment to look at me in the light. Listen, he said, do you think you could bring us back to Mexico, como hermano? You could drive us down to the border, he pleaded, you could just leave us there, allí en la línea. Like a brother. I sighed and turned my head, squinting at the darkness beyond the church. I have to bring you in, I told him. It's my job. The man took a deep breath and nodded and then climbed into the back of the transport van, holding out his arms to help his pregnant wife.

I gestured at a case of water bottles on the floor. You should drink, I told them. I grabbed the metal door of the cage and paused. What are your names? I asked. The man looked at me strangely and glanced at his wife. Then, as if it were nothing, they took turns introducing themselves. I repeated their names and I told them mine. Mucho gusto, I said. They replied with polite smiles. Igualmente. I turned my head and then bolted the cage and shut the door.

In the driver's seat I turned to look at the couple through the plexiglass. The man held his wife and gently whispered to her, cradling her head. Just before I started the engine I could hear the soft sound of her sobbing. As I drove through the unmarked streets of the village, trying to find my way to the highway, I felt for a moment that I had become lost. Beyond the last house, I saw a white dog in the darkness at the edge of my headlights, staring into the night.

At the station, I sorted through their things with them, discarding perishables and sharp objects. I had them remove their belts and their shoelaces and I tagged their backpacks and handed them a claim ticket. I counted and took note of their money, in pesos and in dollars, and then handed it back to them, telling them to keep it close. Inside the processing center I filled out their voluntary return papers and entered their names into the computer. Before leaving them in their cell I wished them luck on their journey and asked them to be safe, to always think of their child.

Later that night, as I sat in the transport van listening to the calls come out over the radio, I realized I had forgotten their names.