The author recounts her coming of age on the Seabird Island Indian Reservation in the Pacific Northwest where she survived a dysfunctional childhood and found herself hospitalized with a dual diagnosis of PTSD and bipolar II disorder. 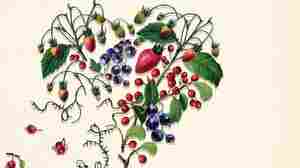 February 11, 2018 • Terese Marie Mailhot's new memoir is an effort to draw art from mental illness, lost love and her family history on an Indian reservation in British Columbia. 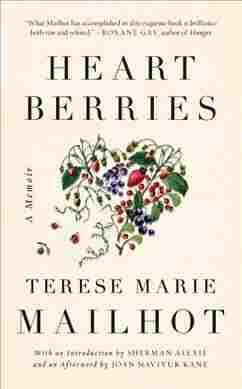 My story was maltreated. The words were too wrong and ugly to speak. I tried to tell someone my story, but he thought it was a hustle. He marked it as solicitation. The man took me shopping with his pity. I was silenced by charity—like so many Indians. I kept my hand out. My story became the hustle.

Women asked me what my endgame was. I hadn't thought about it. I considered marrying one of the men and sitting with my winnings, but I was too smart to sit. I took their money and went to school. I was hungry and took more. When I gained the faculty to speak my story, I realized I had given men too much.

The thing about women from the river is that our currents are endless. We sometimes outrun ourselves. I stopped answering men's questions or their calls.

Women asked me for my story.

My grandmother told me about Jesus. We knelt to pray. She told me to close my eyes. It was the only thing she asked me to do properly. She had conviction, but she also taught me to be mindless. We started recipes and lost track. We forgot ingredients. Our cakes never rose. We ate ramen every day and often left boiling pots of water on the burner.

When she died nobody noticed me. Indian girls can be forgotten so well they forget themselves.

My mother brought healers to our home and I thought she was trying to exorcise me—a little ghost. Psychics came. Our house was still ruptured. I started to craft ideas. I wrapped myself in a Pendleton blanket and picked blueberries. I pretended I was ancient. A healer looked at me. He was tall and his jeans were dirty.He knelt down. I thought I was in trouble, so I told him that I had been good. He said, "You don't need to be nice."

My mother said that was when I became trouble.

That's when my nightmares came. A spinning wheel, a white porcelain tooth, a snarling mouth, and lightning haunted me. My mother told me they were visions.

"Turn your shirt backwards to confuse the ghosts," she said, and sent me to bed.

My mother insisted that I embrace my power. On my first day of school I bound myself a small book. The teacher complimented my vocabulary and my mother told me school was a choice.

She fed me traditional food. I went to bed early every night, but I never slept well.

I fell ill with tuberculosis. Mother brought back the healers. I told them my grandmother was speaking to me. I made stories of our cooking mistakes and told them I couldn't eat anymore. I missed her food too much.

"Does that happen to you," I said.

"What?" Zohar, a tarot reader, asked.

"Did you ever want to stop eating?"

She asked my mother if she could sleep next to my bed, on the floor. She listened to me all night. Storytelling. What potential there was in being awful. My mindlessness became a gift. I didn't feel compelled to tell any moral tales or ancient ones. I learned how story was always meant to be for Indian women: immediate and necessary and fearless, like all good lies.

My story was maltreated. I was a teenager when I got married. I wanted a safe home. Despair isn't a conduit for love. We ruined each other and then my mother died. I had to leave the reservation. I had to get my GED. I left my home because welfare was making me choose between my baby's formula or oatmeal for myself. I chose neither, and used one check for a ticket away. That's when I started to illustrate my story and exactly when it became a means of survival. The ugly truth is that I lost my son Isadore in court. The Hague Convention. The ugly of that truth is that I gave birth to my second son as I was losing my first. My court date and my delivery aligned. In the hospital, they told me that my first son would go with his father.

"What about this boy," I said, with Isaiah in my arms.

I brought Isaiah home from the hospital, and then packed Isadore's bag. My ex-husband Vito took him, along with police escorts. Before they left, I asked Vito if he wanted to hold his new baby. I don't know why I offered, but he didn't kiss our baby or tell him goodbye. He didn't say he was sorry, or that it was unfortunate. Who wants one boy and not another?

It's too ugly—to speak this story. It sounds like a beggar. How could misfortune follow me so well, and why did I choose it every time?

I learned how to make a honey reduction of the ugly sentences. Still, my voice cracks.

I packed my baby and left my reservation. I came from the mountains to an infinite and flat brown to bury my grief. I left because I was hungry.

In my first writing classes, my professor told me that the human conditionwas misery. I'm a river widened by misery, and the potency of my language is more than human. It's an Indian condition to be proud of survival, but reluctant to call it resilience. Resilience seems ascribed to a human conditioning in white people.

The Indian condition is my grandmother. She was a nursery teacher. There are stories that she brought children to our kitchen, gave them laxatives, and then put newspaper on the ground. She squatted before them, and made faces to illustrate how hard they should push. She dewormed children this way, and she learned that in residential school—where parasites and nuns and priests contaminated generations of our people. Indians froze trying to run away, and many starved. Nuns and Priests ran out of places for our bones, so they built us into the walls of new boarding schools.

I can see Grandmother's face in front of those children. Her hands felt like rose petals and her eyes were soft and round like buttons. She liked carnations and canned milk. She had a big heart for us kids. She transcended resilience, and actualized what Indians weren't taught to know: we are unmovable. Time seems measured by grief and anticipatory grief, but I don't think she even measured time.

You had a hard on for my oratory. Some of my stories were fabricated. I had authority—a thing that people like you haven't witnessed. It comes from a traditional upbringing, and regarding my work as something more sacred than generations of effort or study. It's something on a continuum, so far reaching you know it came from an inhuman place. Story is inhuman and beyond me, and I'm not sure you ever recognized that. You knew to be excited in proximity to my power.

We started the affair in a small booth at Village Inn. I didn't sleep the night before. You were my teacher, and we discussed my fiction. My work was skeletal, before you. I waited for the right silence, and then said flatly that I liked you.

Your hands were shaking. I reached out and touched them—they were double mine and whiter.

I knew, before I was close to you, that your cotton, blue hoodie smelled like smoke, and I could put my entire body beneath it. I knew that your skin wasn't rough. I knew that I was not going to be the same person for loving you.

We went back to our respective lives. We agreed to talk about it sometime soon. It was winter. I wore a brown corduroy jacket most days, and I remember waiting to be with you—putting my fingers in the jacket pockets until the pockets couldn't contain my incessant want. My fingers felt swollen with focus and desire. I remember pulling threads, looking in the mirror, and seeing myself how you might see me. New.While I waited, I went on a trip with a man I barely liked. You didn't call for two days. He insisted on sleeping in the same bed in our cabin. Our room had a skylight. I couldn't enjoy anything without acknowledging he was in the room. I tried to bathe alone and he played a guitar on the other side of the door. I was bored and asked for horses.

We were somewhere mountainous and it was snowing. He spent the morning calling stalls and asking for rates. He seemed offended when I told him I needed a warmer sweater, matching gloves, and that the breakfast we had wasn't right. And that I might need wool socks as well. He seemed surprised that I was not fun loving. I was rude and gratuitous. I went horseback riding with the man. He was almost jaundiced—he was so sick in love with me. I wanted as much of the world as I could take, and I didn't have the conscience to be ashamed.

The man I had been conditioning was not happy with me. He knew something was wrong, and that's when I wondered if maybe falling in love looked like a crisis to an observer.

You had a jawline and I wanted to crawl under your gaze—under your chin. I was desirous to be beneath you.

The first few nights you tell me things.

There was still so much to tell you—things too ugly to know or say.

I wanted to know what I looked like to you. A sin committed and a prayer answered, you said.

You looked like a hamburger fried in a donut. You were hairy and large. Falling in love felt fluid. It snowed when we fell in love. Everything reminded me of warm milk. Everything seemed less real. I thought my cup was overflowing. I found myself caressing my own face.

My son and I let you visit. I told him my friend was coming. He put on a Batman costume and hid behind the couch until you came.

"When is he coming?" Isaiah said.

When you arrived, Isaiah sprung out and stood quietly. You received him so well. You let him be weird. He was seven, and his fingers were perpetually sticky. My son was a smaller bolt of lightning—uncontained and sweeter than me. You were patient with him, and I watched you both put together a Lego set.

Safety wasn't familiar—not with men. Our life felt brighter together.

We started to argue about autonomy, and the agency I lacked with you. Neither one of us could pull away, so things erupted. Both of us had jobs and commitments. Our lives became less productive when productivity was pivotal.