A Memoir of Starting Over

A Princeton University historian describes her post-retirement decision to study art, a venture that compelled her to find relevance in the undervalued masters she loves, the obstacles faced by women artists and the challenges of balancing art and life. $20,000 ad/promo. 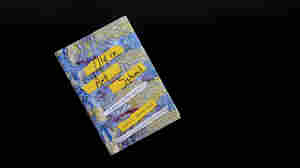 June 16, 2018 • Upon retiring from Princeton University at age 64, historian Nell Irvin Painter decided to pursue a second career in visual art among students a third of her age. 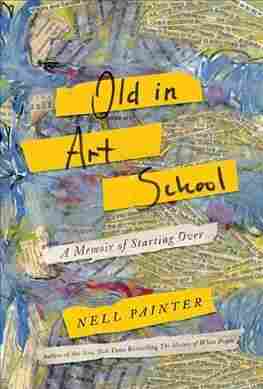 "How old are you?" she asked from a small face, a small body, a little dress, and Uggs; neutrality words. It took a moment for me to detach her from the mass of Rutgers students. Me sweltering at the bus stop on George Street in New Brunswick, anxiously scanning the herd of busses arriving, loading up, and departing, systematically, confusingly. Had she not spoken, I wouldn't have noticed her, not yet remarking students' individual differences. They in private ear bud worlds, historicizing into their or friends' tiny phones, grinning over Tweets or miniscule videos. They roared over towering dramas and hysterically funny incidents. She carried a cell phone, too, but something pulled her out of it and into seeing me. She turned to me to query,

How old are you?

She took a step towards me as if there were simply something she needed to know. She was upholding art school sartorial drama in bright yellow hair and piercings, art school fashion statements I was seeing for the first time.

My fashion statement said, "comfort." Plain white tee-shirt, black pants (I was the only one in long pants) sturdy white New Balance walking shoes, and a baseball cap. Today's cap said New York Sheep and Wool Festival. I may not have been the only knitter in that crowd, but I was the only one wearing it, on this, my second day as a BFA student at Mason Gross School of the Arts of Rutgers-the State University of New Jersey.

How old are you? interrupted the befuddlement of my first encounter with the herds of Rutgers students and busses, red, white, and black. She blurted out her question, no euphemism, no beating around the bush, no aggression, just naked curiosity before telling me her name was Tina: How old are you?

Sixty-four, I answered. I've never lied about my age, but I'd never been confronted with so naked a need to know.

Tina gasped, mouth open—actually taking a step backwards away from me, eyes all amazed, not hostile, just stunned. Sixty-four had turned me into a phantasm, a creature from another planet. Her gleeful next act documented her sighting from the planet of the old:

I've gotta tell my mom about this!

And she did so right then.

It's a wonder she didn't take a selfie with me.

Here was my first experience as an exotic in art school, an exotic on account of age, the exotic old person.

This kid, this girl, made me see myself through her eyes. She had recognized me from the previous day's Mason Gross orientation. Me, then, in the little auditorium among two hundred or more new freshmen, all but two straight out of high school. At Rutgers I stuck out more on account of age than race or quality of attention or personal apparel. Other students were black and brown; other students wore tee shirts, shorts, tiny little skirts, the hijab, or preprofessional uniforms. Rutgers isn't like those lame mid-western universities that need Photoshop to multiculturalize their image. Rutgers in its multifariousness is lovable New Jersey. Rutgers is in New Jersey, with everyone from everywhere.

The next day I met the other older student from orientation, a man in his 40s from South Jersey with tattoos smaller than the kids' and jeans not so skinny. He came out to smoke a cigarette among all the other smokers—every single person but me was smoking—and joined 5 me on the patio in front of the Civic Square Building. We sat to the side of Alice Aycock's The Tuning Fork Oracle, a giant steel sculpture—a tipped up, floating metal table covered with a white marble table cloth (white-ish, actually, on account of New Jersey rain stain), several smoked glass spheres and arrows, a tuning fork in the middle. It's stood there safely since 1997, but you don't feel safe under it so huge and crazily angled. We chatted Jersey talk: where are you from? What roads do you take to get here, what exit? And he asked, How old are you? The question still took me by surprise.

He said, I hope I look that good when I'm that old.

The crucial fact of my age emerged, not as an incidental, but as my defining characteristic, of how others saw me as a demand to see myself through their eyes. It was as though being old summed me up, not all the things I had done to become a historian—a goddam distinguished historian—not the singular family I come from, not even my fascinating, beleaguered city of Newark in my eternally dissed state of New Jersey. Being seen as an old woman added a new way of seeing myself as reflected in the eyes of others.

I was used to juggling my self-perception and other people's views of me as a black person and as a woman, from within and without. But now what I took as me seemed almost inconsequential as my essence shriveled to my age. This was something new.

I'm accustomed to being seen/not seen as a black person and as a woman, to the various ways strangers would and would not see me. Some positively refused to see me, the youth who ostentatiously looked away. I knew the pleasant enough half-smile of women I 6 didn't know in mostly white places, and the co-conspirator's wink-smile of other black women approving my presence and my natural hair, the crinkle-eyed acknowledgment of a sister on the street.

There was also the respectful recognition on the bus or light rail in Newark to say we're all in the same space, but I'm according you both confirmation and privacy. On the street in places as disparate as Newark and Princeton, as Cambridge and Oakland, there was the closedin-on-itself-ness of people going their own ways.

And there was the approach of the person who has to greet you in some smallish gathering of picked people but who wants to by-pass you for a really important person, not you. I was accustomed to all these greetings and un-greetings, of dismissals of me as not sufficiently consequential and of addressing me as someone who might turn out to be useful. I was used to crossing paths with all sorts of people I did not know.

I knew standing out on account of sex-race, not because I'm extraordinary in my own right. And I knew disappearing entirely when disappearance isn't appropriate, as in a place where Nell Irvin Painter ought to be seen but she's not wearing her name badge with Princeton on it. This is part of what it means to be a black woman in my country, and I had adjusted to it. Yet I always miss feeling at home. I cherish the times when I'm as one with the people around me—with family, in familiar gatherings, with friends, even with strangers on a train. Solidarity is a feeling I hug when I can feel it.

I knew encounters from the context of race in America. A passage by W. E. B. Du Bois is said often enough to become widely known (like the proverbial literary phrase quoted to you by someone assuming you had never heard it before), but always circumscribed within racial 7 identity. Speaking about black people in America, Du Bois said we see ourselves not only from inside, as ourselves, but additionally, from outside, as objects of other people's disdain.

It is a peculiar sensation, this double-consciousness, this sense of always looking at one's self through the eyes of others, of measuring one's soul by the tape of a world that looks on in amused contempt and pity. One ever feels his two-ness,—an American, a Negro; two souls, two thoughts, two unreconciled strivings; two warring ideals in one dark body

I knew this from blackness, but it really does apply elsewhere, and so now it was with my age, with me as an old woman. It wasn't that I stopped being my individual self or stopped being black or stopped being female, but that old, now linked to my sex, obscured everything else beyond old lady. Such was other people's gaze turned on me as a query. They didn't know what to make of me as a phenomenon.

Why I would want to go to art school was another. Answer: The pursuit of pleasure. Concentrating on what I could see gave me intense pleasure, and seeing what I could make with my own hand and according to my own eye was even more satisfying. Mark making and mixing and applying color contented me deeply, just the very processes of putting line on paper, brush on canvas. Art stopped time. Art exiled hunger. Art held off fatigue for what would have been hours as though hours hadn't really passed. Pleasure. Satisfaction. Contentment.

Part of it was freedom from Truth. I wanted to create images, to make art that expressed my own mixed up character, to forge a truer me than one confined by existing categories of sex-race and circulating widely as necessarily true. Yes, yes, I loved all the steps entailed in scholarship, but I reached for more, to take other steps, additional steps, call them side steps, for freedom from evidence based knowledge of things I could know for sure, beyond and around the truths of the archive. Fiction. Visual fictions. I wanted to make art. Seriously. And to make serious art.

Contradiction crouched between my search for freedom and my bent towards serious art. My instincts, my past, drew me towards formal study. And decades in the Ivy League had taught me institutions' role in gate keeping and networking. I knew all too well that the same artifact, the same utterance, would meet widely disparate receptions according to the institutions attached to them. Institutions conferred not simply knowledge, but also the means to be seen.

On one level, I fancied my pleasure in drawing and painting would not require other people's approval. I was at a place in my life beyond regard for approval. Or so I thought. Somehow I overlooked the contradiction between my yearning for artistic freedom and my urge to work seriously, that is, on a professional level.

On a professional level.

Seriously and on a professional level would mean art school, not merely taking a class here or there and making art for myself and my friends. Art school would mean more than 9 following my own inclinations. It would entail evaluation according to already existing criteria. Whose criteria? Other people's criteria. An awful disaccord between freedom and otherdefined seriousness that I could not yet see.

I had little understanding of the potency of good and better as applied obsessively to art schools and to art and my own art in particular. I had no inkling of how thoroughly art school would instruct me—teach me, challenge my abilities, and question my sanity. I didn't know how much I would learn from the young art students beside me. I just knew I wanted to make art and make art seriously.