Lord Alexander Pyne-ffoulkes, the younger son of the Duke of Ilvar, holds a bitter grudge against his wealthy father. The Duke intends to give his Duchess a priceless diamond parure on their wedding anniversary — so Alec hires Jerry Crozier to steal it.

But Jerry is a dangerous man: controlling, remote, and devastating. He effortlessly teases out the lonely young nobleman's most secret desires, and soon he's got Alec in his bed — and the palm of his hand.

NPR stories about Any Old Diamonds 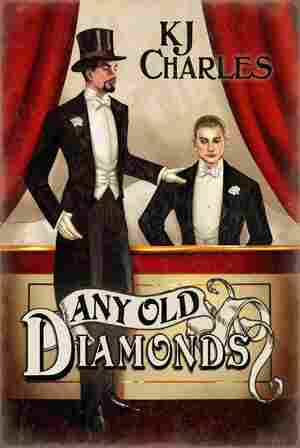 February 11, 2019 • February is High Holiday season in Romancelandia — and what better time to recommend some great romances? From Victorian jewel thieves to modern-day road trips, we've got something for everyone.