Cities and families make up our lives in equal measure: both never stop changing, and both can protect us, hold us — or cut us to the bone. For Mary Forrest, 29, her city and her family are deeply entwined. As her city, her mother, and the other touchstones of her life start to fade away, Mary looks for hope in astrology, men, friends, and work. But when all seems lost, it's time to stop looking for happiness outside, and start looking for the guiding stars within.

Elegiac and elegant, this new edition of Sara Gran's first novel is introduced by the author. 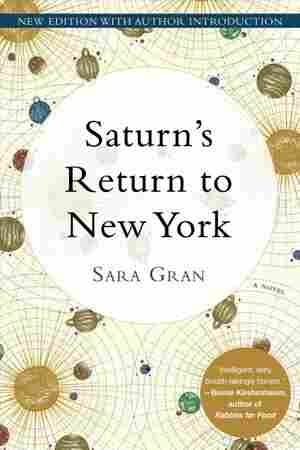 February 21, 2019 • Sara Gran's first novel, now reissued, takes an astrological concept as the jumping-off point for a messy, prickly, realistic depiction of a difficult year in a young woman's life. 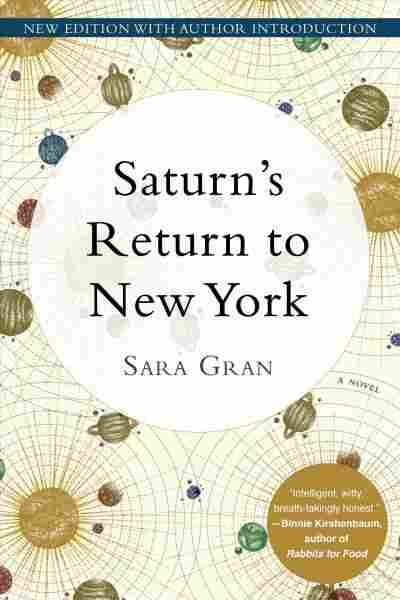 When I was seven, my father killed himself. He woke up one morning in 1977 and swallowed a bottle of Valium that my mother’s doctor, ironically, had prescribed to help her cope with the stress of my father’s depression. Well, the Valium helped with the stress, all right. You could almost say those pills solved the whole problem.
No one had told my mother that the pills could be fatal (although someone, obviously, had told my father), and as a result she hasn’t trusted doctors since. So it was a few months after she started losing her memory before she relented and made an appointment with Dr. Snyder on Park Avenue. It’s nothing, Dr. Snyder assured her. You’re not young anymore, and this is what we expect to see at your age, a little memory loss. Everyone takes it hard.
She tried not to take it hard. Two months later she came home from work to 105 East Twelfth Street and her house key wouldn’t work. She tried another key. Stuck. It wasn’t until she tried every key on her ring, twice, that she remembered she hadn’t lived on Twelfth Street since 1977. She went back up to Dr. Snyder on Park Avenue. Now, Dr. Snyder said, we’ll run some tests. It’s normal, it’s natural, it’s just a smidgen more than we expect to see at this age, it’s progressing a little more rapidly than we would like and so we’ll run some tests, we’ll run some very expensive tests and we’ll see.
Evelyn, my mother, mentioned the visits to Dr. Snyder offhandedly during one of our monthly phone calls, as regular as the full moon. I didn’t know what to say so I asked, lamely, why she didn’t tell me earlier.
“I didn’t want you to worry,” she said. “They said maybe it’s my circulation, so I’m taking some pills. Herbs. That should help. It’s probably nothing, I just—well, I thought I should tell you. I thought you should know what’s going on. It’s probably nothing.”
It was definitely not nothing. If it was nothing she wouldn’t have told me about it. I asked if there was anything I could do.
“Actually,” she said, “there is something I’d like you to do.” The slight Brooklyn accent my mother had when I was a girl has, without my father’s WASPy Connecticut influence, thickened a little every year since he died. Now she speaks from her throat with drawn-out vowels and hard ts and you would never know, listening to her, that she moved to Manhattan in 1961. She said: “We’re having the holiday party at work in a few weeks and I’d like you to come. Just in case—well, you know. In case I need some help.”
No, this is not nothing.
Dr. Snyder said, we’ll see. Now my mother tries to get a dead person on the phone once a week and has twice more tried to go home to Twelfth Street and we haven’t seen anything. Thousands of dollars worth of blood tests and neurological exams and we actually see less; one month ago we saw a world of possibilities: we saw vitamin deficiencies; Alzheimer’s; psychiatric disorders; alcohol abuse; drug abuse; blood-sugar conditions; brain tumors; head injury; encephalitis. Now almost every diagnosis Dr. Snyder and his team can think of has been eliminated, and we see nothing at all.

At eight o’clock on a Thursday night in December I’m in my office, changing from black slacks and a black sweater into a vintage black wool minidress when Crystal, the head cleaning woman on the night shift, comes into my office for a cigarette. Crystal is somewhere between forty and fifty, and you can read the lines on her face like a palm; dope, tricks, time inside—each year in The Life has left an impression. And she’s still pretty enough, with her tinted blond hair and blue eyes and perfect little figure, that it’s a shock to see her in a powder-blue poly-blend uniform and cheap white pumps.
“Zip me up,” I ask.
Crystal makes a face, annoyed to be held back from her Newports for even a minute, but she obliges.
“What’s with the getup?” she asks.
“My mother’s throwing a party.” Zipped, I sit at my desk with a makeup kit and a compact. “I’m supposed to be there at eight-thirty.”
“She’s better?”
“No, worse. That’s why I’m going. It’s a work party. She’s worried she might have another episode.” I like the word episode. It turns my mother’s illness into a vague malady from a Jacqueline Susann novel, and I don’t have to think about the specifics. Crystal props herself up on the credenza under the window and lights up.
“What does she do again?” Crystal asks. “She works at a magazine?”
“Editor.”
“The doctors know anything?”
“They don’t know.”
“They never know. So listen to this: Tony’s in jail.”
Tony is Crystal’s on-again, off-again boyfriend of seven years. They used to sell crack together in Brooklyn in the eighties. They were just friends, back then.
“What for?”
“Transporting stolen property. It’s bullshit. Someone owed him a little something, they gave him a gold ring. Gave it to him.” She shrugs. This is everyday for her; it’s raining, broke a nail, boyfriend in jail.
“When’s he getting out?”
She shrugs again. “When his goddamned lawyer gets to work already.”
“Give me a cigarette.”
She tosses the pack at me and I light up, blowing smoke toward the window. I thought I had given up smoking three years ago. Now, somehow, they’ve sneaked back in, and a few times a week I’m shocked to see that I’ve got a cigarette in my hand and I’m puffing away. And I’m loving it.


My mother, Evelyn Forrest, is the editor and publisher of GV, short for the Greenwich Village Review. Every year they throw a bang-up holiday party at Sid Cohen’s house on Perry Street. Sid is a contributing editor to GV and a close friend of my mother’s; when I was a teenager I suspected they were having an affair. In the living room in the house on Perry Street, Evelyn is sitting by the fireplace with Allison Highsmith, my mother’s lawyer and best friend, and two women I don’t know. One is an awkward girl who I guess is a GV intern, the other is a woman in a fuchsia silk shantung suit who’s deeply involved with her portable phone. Evelyn and Allison are dressed like twins; black skirts, black sweaters, dark hose, gray hair cut into a layered bob.
I kiss Evelyn and Allison and they introduce me to the intern, Lisa. We shake hands. She’s so wide-eyed and excited to be here I think she might faint. Evelyn tells me that the woman in pink, who’s still on the phone, is Kerri May. I knew she looked familiar, with her bobbed black hair and thoroughbred legs crossed high on the thigh. Kerri May is the editor-in-chief of the fattest, glossiest women’s magazine on the newsstands.
After the introductions are made Evelyn starts where she left off, telling the intern the story of the founding of GV, “Michael—Mary’s father—was wasting his time at Columbia,” my mother tells her. “He got his PhD in ’63 and he liked teaching all right, but that wasn’t his main thing. His main thing was his writing, and reading new writers, and teaching took time away from that. No one was writing like him back then. His first big book was Hamsun. It wasn’t just what Michael found out about Hamsun—how he first got involved with the Nazis, his childhood, his affairs with men—it was how he looked at it. It was different then. You were either a pop biographer, you wrote about the sex and the booze and the money, or you were a literary biographer, and you wrote about the books. This was how people wrote about writers. No one put it all together in the way that Michael did: Eastern influences, metaphysics, Hamsun’s nutritional problems, Jewish mysticism, everything. If it wasn’t for him, no one would remember Knut Hamsun today. Nobody. Of course, Hamsun’s family hated the book.
“Anyway, Michael had been publishing in the journals, too. This one piece, which grew out of the Hamsun book, “Literature of the Nazis,” was a big deal. Very controversial. So a few months after Hamsun came out, an editor from Bluebird, I think it was Sy Singleton, talked to him about expanding the Nazi thing into a book. So here he was doing all this brilliant work, but it was all about the past. Dead people. Meanwhile, our friend Justin Oakes was writing these amazing stories about Sufis and tarot card readers, and they were just sitting there. Melanie Minkowitz was doing all this work with prostitutes in Venezuela—no one would touch it with a ten-foot pole. And of course there was Michael’s guys at The Cowton Review had done on his article on cancer in the literary imagination.
“By then his father had died and we had plenty of money. So we quit our jobs, got a few of his students to work as interns, and set up the parlor of the house on Twelfth Street as an office. We got hundreds of submissions. And it was different then, not like today, when every schmuck with a word processor calls himself a writer. We got submissions from Joseph Mitchell, from Kingsley Amis, Ken Kesey, everybody. That’s how popular Michael was then.”
What my mother leaves out of the story is that it was she who, after my father died, turned an unprofitable literary quarterly into an income-producing monthly.
“My God, Evelyn. Oh!” cries Kerri May, now off the phone. As soon as the words are out of her mouth her phone rings again. “Hello . . . No, I’m at a party now . . . A book party . . . Evelyn Forrest . . . Yes, yes. I’ve got to go. Now.” She disconnects and looks at me with small black eyes. “Now, Mary,” she says, “forgive me for being absolutely shocked by your existence.”
“You knew I had a daughter,” Evelyn says.
“Well of course, but I expected a child. I expected a child running around with pimples on her face in Tommy Hilfiger jeans, not this absolutely beautiful young woman. So Mary, tell me all about yourself. Oh!”
Her phone is ringing again. It’s still in her hand. “Hello . . . No, I’m at a party . . . A book party . . .”