In this lush interplanetary tale, an immortal priest flouts the conventions of his matriarchal society by choosing a name for his child. This act initiates chaos that splits the boy in two, unleashing a Jekyll-and-Hyde child upon the universe. Named T-Mo by his mother and Odysseus by his father, the story spans the boy's lifetime — from his early years with his mother Silhouette on the planet Grovea to his travels to Earth. 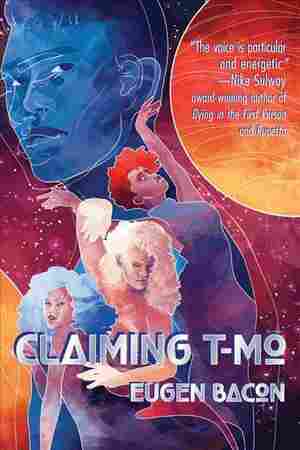 August 15, 2019 • African Australian author Eugen Bacon's debut is a rich, multidimensional tale of a preacher's daughter whose life on Earth is upended by two interstellar visitors — and that's just the beginning.