The Truth Will Set You Free, But First It Will Piss You Off!

The Truth Will Set You Free, But First It Will Piss You Off!

Thoughts on Life, Love, and Rebellion

Title
The Truth Will Set You Free, But First It Will Piss You Off!
Subtitle
Thoughts on Life, Love, and Rebellion
Author
Gloria Steinem and Samantha Dion Baker

NPR stories about The Truth Will Set You Free, But First It Will Piss You Off! 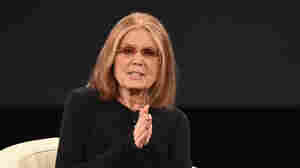 Not My Job: We Quiz Gloria Steinem On Bartending

November 2, 2019 • We'll ask the feminist icon three questions about stein men, that is people who fill up beer steins. Steinem's new book is called The Truth Will Set You Free, But First It Will Piss You Off!

Not My Job: We Quiz Gloria Steinem On Bartending

Excerpt: The Truth Will Set You Free, But First It Will Piss You Off! 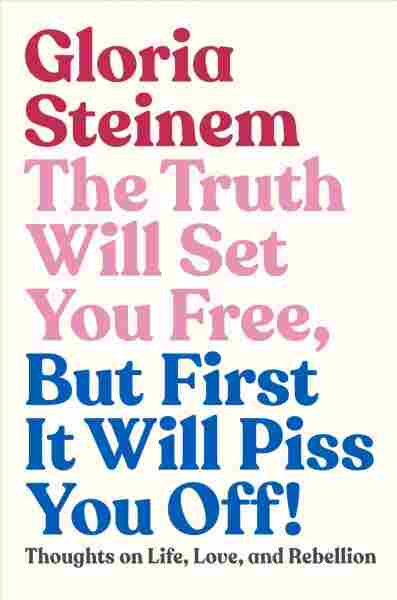 Each of us is a unique result of millennia of heredity and environment combined in a way that could never have happened before and can never happen again. Families should be the place to see and welcome us as unique individuals. It doesn’t matter whether they are biological or created by adoption, whether they consist of one person or many, as long as they accept us and love us as we are.

Because no child arrives as a blank slate. You might say that we need families that help us become who we already are. Yet too many families still treat children as if they are an open book on which parents can write their own hopes or frustrated dreams.

Try thinking of families as gardens. If we arrive as a petunia in a garden of roses and lilies, we probably will need a friend, a neighbor, a teacher, or a grandmother—someone who knows a petunia when she sees one and helps us to bloom as ourselves. And there is always hope. As the poet Alice Walker wrote in Revolutionary Petunias, “the nature of this flower is to bloom.”

Birth families have the purpose not only of nurturing but of bringing family members together with people they might never otherwise have known or accepted, or even liked. Dorothy Dinnerstein, a very wise philosopher, once said that a crucial purpose of birth families is to make sure we know, value, and even love people we don’t agree with. Learning to accept and even love difference, as she pointed out, is important for the future of the human race. There is great comfort in realizing that differences within a family have an important purpose.

As we human beings grow up, our time of dependency lasts far longer than that of any other animal. That’s because our very complex brains continue to add countless synapses over the years.

The good news is that this long process gives our brains the power to adapt to almost any environment, so our species survives. The bad news is that this same process makes us vulnerable to everything around us, from the absence of touch to the presence of disapproval. We are hypersensitive to whatever is normalized or enforced while we are young.

Imagine how vulnerable we are to our treatment and surroundings as we grow up. Whether we are born into a family or adopted, whether we live in poverty or in a mansion, with a single mother or two fathers, what children absorb is: Who speaks and who listens? Who argues and who gives in? Who is at the computer and who is in the kitchen? Who is the family proud of, and who isn’t mentioned? Who brings worry, and who brings hope? Families that preach gender equality but don’t practice it cannot advance equality. They just teach us to separate our words from our deeds.

On the other hand, chosen families are people who share and support our hopes and interests. We need and choose our friends, colleagues, co-workers, lovers, and partners because we are communal animals. If we are alone for long, we come to feel uncertain or wrong. It doesn’t matter whether our chosen family takes the form of a weekly lunch group or an office professional group or a revolutionary feminist cell. We all need people we trust, who understand us and will tell us when we’re messing up, who support us and celebrate when we reach a personal goal. This is our chosen family.

People have been sitting around a communal campfire for most of human history, learning from others’ stories and telling our own. Without a chosen family of shared values and hope, we will surely feel alone and defeated.

It’s easy to see why democracy starts in our birth family. Yet it’s not so easy to find political philosophers who begin their thinking with families. Even advocates of gender equality in the larger world seem to stop their theorizing at the family door. They may accept or just not comment on households in which mothers do most or all of the caregiving, and men do or don’t give financial support. On the pretext of public versus private, they talk about democracy as if it were a tree without roots. Democracy is the tree, families are the roots.

I fear that those who oppose democracy are way smarter. They start by opposing women’s control of our reproductive lives. They know that our ability to make this very decision—whether to have children or not—is the biggest determinant of whether we are healthy or not, educated or not, employed outside the home or not, and how long we live. Even if women have some role in public life, the patriarchal family remains the microcosm of an authoritarian state.

No one could have been clearer about the political importance of a patriarchal family of birth than the rising Adolf Hitler. As he warned in Mein Kampf, “It must be considered as reprehensible conduct to refrain from giving healthy children to the nation.” Among his first acts were to padlock family planning clinics and to declare abortion a crime against the state. Punishment was prison and hard labor for the woman, who then could be forced to bear children, and death for the doctor.

Once, when early feminists Robin Morgan, Shulamith Firestone, and Pat Mainardi were having a discussion about the politics of women’s lives, Robin, being a poet, brought it all together in the simple quote: “The personal is political.” It’s hard to think of another quote that has transformed so much and informed so many.

A half-century later a woman’s position is now understood to be political and changeable, even by people who oppose changing it. And “the personal is political” has become part of everyday language.

Movements are chosen families, just on a larger scale. We need a movement that is as diverse as the people impacted by the change we seek. That means we must embody the ends we want.

For instance, I can’t imagine life without a local, national, and global feminist movement that protects and instructs, refers ideas and knowledge, tells us when we’re messing up, provides a global network of co-conspirators, regroups after defeats, and dances after victories.

In practice, there are links of cause and effect between birth families and chosen families, and also between national change and global change.

For instance, in Sex and World Peace, Valerie Hudson and other scholars conducted a study of violence in a hundred nations around the world. The single biggest determinant of whether a nation was violent, both in its own streets and in military violence against another country, was domestic violence in the home. More than poverty, access to natural resources, religion, or even degree of democracy, they found that violence against females was the indicator and normalizer of all other violence.

This starts with male control of reproduction, and therefore the bodies of women. Since half the population cannot control the other half without violence or the threat of violence, male-dominant cultures lead us to believe that such control and violence are inevitable.

Yet long ago and still, there are examples to the contrary. For instance, think of the difference between the extreme gender polarization of terrorist groups and the porous and flexible gender roles of more peaceful and democratic groups and nations, from Sweden to Kerala in southern India. The less gender-polarized the culture, the lower the degree of violence and the greater the degree of democracy.

As usual, everything grows like a tree: from the bottom up.

Perhaps the most revolutionary act and reward for a woman is a self-willed journey—and a welcome when she returns.

I sometimes wonder if I am crisscrossing my father’s ghostly paths, and he and I are entering the same town, or roadside diner, or black ribbon of highway that gleams in the night rain. We are like images in a time-lapse photograph.

In many languages, even the word for human being is “one who goes on migrations.” Perhaps our need to escape through media is a misplaced desire for the journey.

We need to make chosen families of small groups of women who support each other, talk to each other regularly, can speak their truths and their experiences, and find they’re not alone in them. It makes all the difference.

We need each other. We are all passengers on Spaceship Earth.

I wish you work that you would want to do even if you weren’t paid, and friends who are chosen family. Then you can withstand all the storms of life and become who you uniquely are.

My love of community came from a movement.

As long as females are valued only for our wombs, we will never be valued for our minds and hearts.

So many of us are living out the unlived lives of our mothers.

Childbirth is more admirable than conquest, more amazing than self-defense, and as courageous as either one.

I have very little faith in heredity, and a lot of faith in the power of who raises us.