Ximena is the decoy Condesa, a stand-in for the last remaining Illustrian royal. Her people lost everything when the usurper, Atoc, used an ancient relic to summon ghosts and drive the Illustrians from La Ciudad. Now Ximena's motivated by her insatiable thirst for revenge, and her rare ability to spin thread from moonlight.

NPR stories about Woven in Moonlight 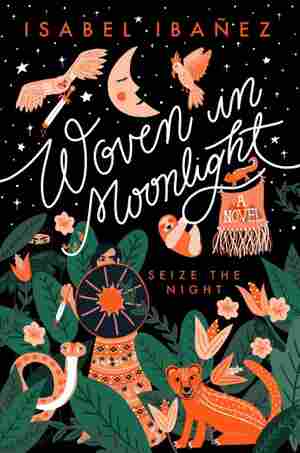 January 8, 2020 • Isabel Ibañez's debut novel blends fiber art magic and Bolivian-inspired fantasy, for a story that seems at first to be about revenge — but blossoms into something more complex and surprising.