Room With a View

Room With a View

Excerpt: Room With A View 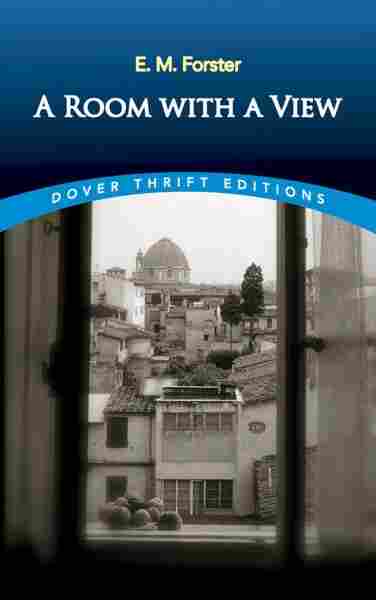 A Room with a View

"The Signora had no business to do it," said Miss Bartlett, "no business at all. She promised us south rooms with a view close together, instead of which here are north rooms, looking into a courtyard, and a long way apart. Oh, Lucy!"

"And a Cockney, besides!" said Lucy, who had been further saddened by the Signora's unexpected accent. "It might be London." She looked at the two rows of English people who were sitting at the table; at the row of white bottles of water and red bottles of wine that ran between the English people; at the portraits of the late Queen and the late Poet Laureate that hung behind the English people, heavily framed; at the notice of the English church (Rev. Cuthbert Eager, M.A. Oxon.), that was the only other decoration of the wall.

"Charlotte, don't you feel, too, that we might be in London? I can hardly believe that all kinds of other things are just outside. I suppose it is one's being so tired."

"This meat has surely been used for soup," said Miss Bartlett, laying down her fork.

"I want so to see the Arno. The rooms the Signora promised us in her letter would have looked over the Arno. The. Signora had no business to do it at all. Oh, it is a shame!"

"Any nook does for me," Miss Bartlett continued; "but it does seem hard that you shouldn't have a view."

Lucy felt that she had been selfish. "Charlotte, you mustn't spoil me: of course, you must look over the Arno, too. I meant that. The first vacant room in the front'"

"You must have it," said Miss Bartlett, part of whose travelling expenses were paid by Lucy's mother'a piece of generosity to which she made many a tactful allusion.

The ladies' voices grew animated, and if the sad truth be owned a little peevish. They were tired, and under the guise of unselfishness they wrangled. Some of their neighbours interchanged glances, and one of them'one of the ill-bred people whom one does meet abroad'leant forward over the table and actually intruded into their argument. He said:"I have a view, I have a view."

Miss Bartlett was startled. Generally at a pension people looked them over for a day or two before speaking, and often did not find out that they would "do" till they had gone. She knew that the intruder was ill-bred, even before she glanced at him. He was an old man, of heavy build, with a fair, shaven face and large eyes. There was something childish in those eyes, though it was not the childishness of senility. What exactly it was Miss Bartlett did not stop to consider, for her glance passed on to his clothes. These did not attract her. He was probably trying to become acquainted with them before they got into the swim. So she assumed a dazed expression when he spoke to her, and then said: "A view? Oh, a view! How delightful a view is!"

"This is my son," said the old man; "his name's George. He has a view too.""Ah," said Miss Bartlett, repressing Lucy, who was about to speak."What I mean," he continued, "is that you can have our rooms, and we'll have yours. We'll change."The better class of tourist was shocked at this, and sympathized with the newcomers. Miss Bartlett, in reply, opened her mouth as little as possible, and said:

"Thank you very much indeed; that is out of the question.""Why?" said the old man, with both fists on the table."Because it is quite out of the question, thank you.""You see, we don't like to take'" began Lucy.Her cousin again repressed her.

"But why?" he persisted. "Women like looking at a view; men don't." And he thumped with his fists like a naughty child, and turned to his son, saying, "George, persuade them!"

"It's so obvious they should have the rooms, " said the son. "There's nothing else to say."

He did not look at the ladies as he spoke, but his voice was perplexed and sorrowful. Lucy, too, was perplexed; but she saw that they were in for what is known as "quite a scene," and she had an odd feeling that whenever these ill-bred tourists spoke the contest widened and deepened till it dealt, not with rooms and views, but with well, with something quite different, whose existence she had not realized before. Now the old man attacked Miss Bartlett almost violently: Why should she not change? What possible objection had she? They would clear out in half an hour.

Miss Bartlett, though skilled in the delicacies of conversation, was powerless in the presence of brutality. It was impossible to snub any one so gross. Her face reddened with displeasure. She looked around as much as to say, "Are you all like this?" And two little old ladies, who were sitting further up the table, with shawls hanging over the backs of the chairs, looked back, clearly indicating "We are not; we are genteel."

"Eat your dinner, dear," she said to Lucy, and began to toy again with the meat that she had once censured.

Lucy mumbled that those seemed very odd people opposite."Eat your dinner, dear. This pension is a failure. Tomorrow we will make a change."

Hardly had she announced this fell decision when she reversed it. The curtains at the end of the room parted, and revealed a clergyman, stout but attractive, who hurried forward to take his place at the table, cheerfully apologizing for his lateness. Lucy, who had not yet acquired decency, at once rose to her feet, exclaiming: "Oh, oh! Why, it's Mr. Beebe! Oh, how perfectly lovely! Oh, Charlotte, we must stop now, however bad the rooms are. Oh!"Miss Bartlett said, with more restraint:

"How do you do, Mr. Beebe? I expect that you have forgotten us: Miss Bartlett and Miss Honeychurch, who were at Tunbridge Wells when you helped the Vicar of St. Peter's that very cold Easter."Continues...