Moving into the home of famed writer Shirley Jackson and her college professor husband during the summer of 1964, a graduate student and his pregnant wife forge an uneasy friendship with their hosts that is complicated by Jackson's mercurial nature and her turbulent marriage. 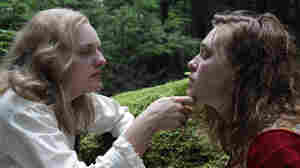 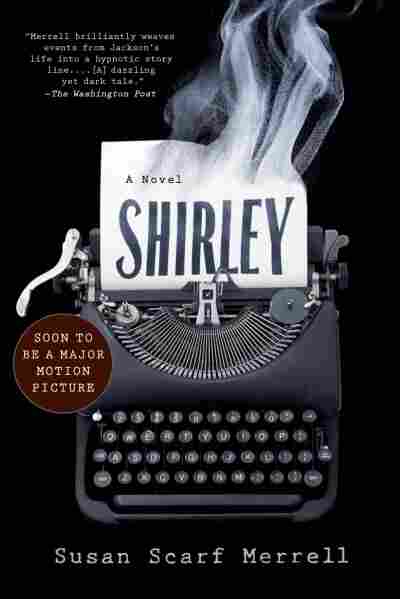 No live organism can continue for long to exist sanely under conditions of absolute reality; even larks and katydids are supposed, by some, to dream. Hill House, not sane, stood by itself against its hills, holding darkness within; it had stood so for eighty years and might stand for eighty more. Within, walls continued upright, bricks met neatly, floors were firm, and doors were sensibly shut; silence lay steadily against the wood and stone of Hill House, and whatever walked there, walked alone.

—The Haunting of Hill House

“You have green eyes,” she said. I handed her my end of the fitted sheet and she tucked the corners deftly together, folded again to make a smooth square, her knob-knuckled fingers making quick work of a task I’d never had to do. Bed-making I knew all too well, but, oh, the luxury of a second set of sheets!

The closet door opened easily for Shirley, mistress of all the warped wood in this eccentric house. She stacked the folded sheets, nodded for me to follow her down the cramped back staircase to the kitchen. There were breakfast dishes to do. She washed, her hands reddened by the soapy water. I dried. Finally she responded.

“Envy. It’s wanting what other people have.”

Well, that was pointless to deny. I added two chipped saucers to the stack on the cupboard shelves. One of the black cats, the one with the white splash of fur on her paw, undulated irritably from behind the teacups, tail high. Shirley emptied the water from the basin, splashing the faucet stream to rinse the scummed soap left behind. “I only want what I have,” she said. “I want exactly what I have.” She wiped her hands on the dish towel, pushed her wedding band back on with a grimace.

She laughed, as if I’d said something terribly clever. And then she added, “I’ll do what’s needed to keep what’s mine.”

“I see.” I could picture my mother waiting outside the playground fence when I was very young, feeling herself unwelcome— or unworthy—while I played with schoolmates. Was it love that made her hover there? I didn’t know. She did what was needed, just as Shirley claimed to do. “You protect what’s yours.”

“Yes,” she answered calmly. “I do.” She pointed to the packing box on the wobbly kitchen table. “I brought that down for you. Things for the baby, attic treasures. You’re welcome to use any of it.”

Confused, but eager to please her, I undid the flaps and opened the carton. Withdrawing a crinkled ball of newsprint, I carefully unfurled the paper until a child’s cup emerged. “Pretty!” Easy to be enthusiastic about such a solid piece of china, the limpid-eyed bunny painted on the side. The child I was making could one day hold this cup in his or her hands, would never know what it was like to come into a world without Beatrix Potter china, and look, stuffed among the wrapped baby dishes—a green sweater with a cheerful button-eyed polar bear sewn onto its belly. Already I knew my baby would be far luckier than I had ever been.

“The cups were from my mother.”

“One for each child?”

“We could have used help with the rent, but she sent us china and silver spoons. That’s Geraldine.”

“I love them.” I was breathless at the thought of having a mother who provided such bounty.

“We had to buy each child on layaway,” Shirley said. “Couldn’t pay the doctor or the hospital. But she sent bunting. For the crib we couldn’t afford. And christening gowns. You can imagine how well those went over with Stanley.” Her laugh was not a happy one.

Whatever Shirley disliked about her mother had to be small change compared to what I’d grown up with, I thought. I wanted Shirley’s baby cups, and the silver spoons, and the bunting if she offered it, and the clothes her four babies had worn. I wanted things, for I had never had them. I pulled a piece of newsprint off a cereal bowl, straightened it out, laid it on the table. “Who’s this? Missing student?”

She peered at the photo. “Oh my, that’s from a dozen years ago at least.”

PAULA WELDEN MISSING SINCE SUNDAY FROM

COLLEGE CAMPUS: SEARCH IS MADE OVER WIDE

Eighteen years, in fact. “She looks like you, Rose, doesn’t she?”

A hole in the fabric of one day and entry to another. I glanced around the kitchen, anywhere but at Shirley—if I were Paula Welden, I would have been thirty-six that September morning. “Did they ever find her?” It seemed terribly important, immediately so. It wasn’t that we looked alike; it was something more. It mattered, oh, it mattered more than anything, to believe that if there had to be women in danger, there would be those who found them.

I shivered, felt the walls of the kitchen shiver with me like so many sheets flailing on a clothesline on a windy day. I pulled out a rickety chair and sat. I had to.

“They found her, didn’t they?”

Shirley began to unwrap the other cups, smoothing page after crumpled page. “No, never. I remember some people thought she’d run away. With a boyfriend. And our local police came under the gimlet scrutiny of the FBI.”

The girl was lovely, her blond hair smooth and cut to the shoulders, her smile relaxed. She was from elegant Stamford, Connecticut—a far cry from South Philly—and her father came up to aid in the search. He must have loved her. If I had seen Paula Welden’s picture, knowing nothing else, I would have wanted to be like her.

“Me, too,” said Shirley softly. I’m not sure I had spoken.

The black cat on the windowsill stopped licking his paw, tongue protruding through tiny, sharp teeth. The house itself held its breath; not even a floorboard creaked. “I never met the girl,” Shirley said finally, her voice light. “Not once.”

She was an honest woman, or so I believed. But can anyone who makes up fictions hour after hour and year after year be wedded to the truth? Even now my memory recircles the events of my year in Shirley Jackson’s house, what I understood at the time and what I now trust to be fact. Conditions of absolute reality have a glare all their own, like sunspots on water or the glinting of ice against a mountain boulder on a cold Vermont afternoon. You think you know where you are, you are sure of what you’ve lived through, and yet, at the same time, the whole thing seems a dream.

Perhaps this makes it easier to believe.