Accessibility links
Parents Sue Fairfax Schools Over Alleged Student Seclusion, Discrimination The lawsuit comes after a WAMU investigation detailed hundreds of cases in which school system officials neglected to report its seclusion and restraint procedures to the federal government. 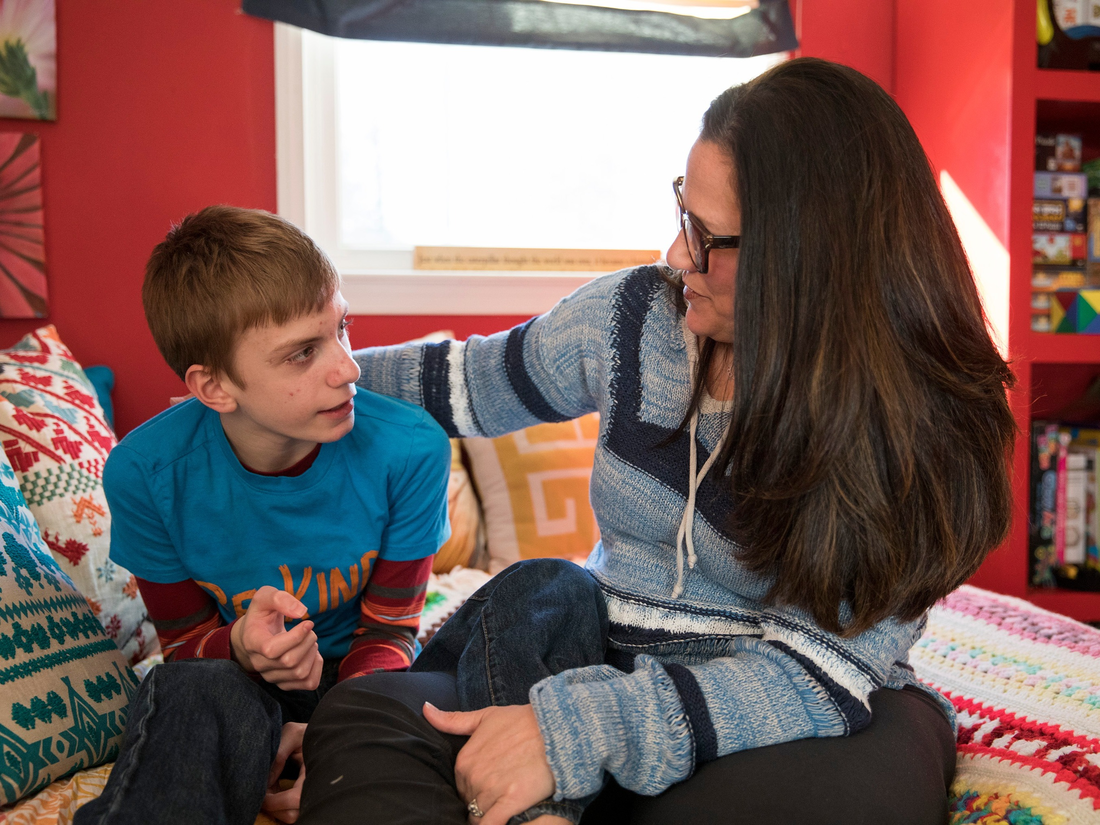 Jennifer Tidd sits with her son QT, who she says was kept in a seclusion room at a Fairfax County Public School. The lawsuit she filed comes after a WAMU investigation earlier this year detailed hundreds of cases in which school system officials neglected to report its seclusion and restraint procedures to the federal government. Tyrone Turner/WAMU hide caption

A group of parents and disability rights activists are suing Fairfax County Public Schools, alleging that students with disabilities have been discriminated against and faced physical harm through improper isolation and restraint.

The lawsuit, filed Tuesday in federal court in the Eastern District of Virginia, claims that FCPS violated federal law and its own policies by "illicit use of restraints and seclusion to silence, detain, segregate, and punish students with disabilities." The Fairfax school system bars seclusion and restraint unless the practices are deemed necessary to protect the student or staff member.

The parents, Jennifer Tidd, Pamela Ononiwu and Ashley Thomas, filed the lawsuit on behalf of four students. They're asking the federal court to block FCPS from using seclusion and exclusion practices on students with disabilities until another system has been put in place. The parents also have asked the court to mandate that the school system reform its disciplinary or punitive practices to eliminate the unnecessary seclusion and restraint of students with disabilities.

The lawsuit comes after a WAMU investigation earlier this year detailed hundreds of cases in which school system officials neglected to report its seclusion and restraint procedures to the federal government (as is required by law). For years, Fairfax schools had reported to the federal government that not a single student was physically restrained or secluded in an isolating space.

But documents reviewed by WAMU revealed that children in FCPS — some as young as 6 years old — were restrained or secluded multiple times. In some instances, the documents show, a single child was secluded in a room almost 100 times in a single school year.

FCPS — the largest school system in Virginia — launched an investigation into those practices in March following the report. Superintendent Scott Brabrand said at the time that the review would also cover how the school system notifies parents, staff training and its data collection and reporting requirements on the practice.

Denise Marshall executive director of the Council of Parent Attorneys and Advocates, an advocacy group for students with disabilities that joined the parents in the lawsuit, expressed concern that seclusion and restraint practices could traumatize students who witness or are subjected to them — a concern that was expressed by multiple parents of children who were placed in seclusion rooms. Marshall accused the school system of failing to provide students with a safe environment,

"It's disturbing that a student was restrained 745 times and students were placed in seclusion every single day," Marshall said in a statement, adding that the students named in the suit are not alone in their experiences. "Such repeated imposition of restraint and seclusion on students with disabilities is discriminatory and abusive and is clearly the failure to provide a meaningful and equitable education."

The Autistic Self Advocacy Network and Communication First, which advocates for people with speech-related communication disabilities also joined the parents in their lawsuit.

The complaint alleges that Fairfax school employees placed their staff, teachers and students at risk due to a lack of proper training in addressing the needs of students with disabilities.

"Through their failure or refusal to implement well recognized training and long established positive behavioral intervention techniques, Defendants have placed their staff, teachers, and students at risk of physical harm and legal liability, out of intentional disregard for the rights of students with disabilities," the lawsuit states.

In a statement, Brabrand said the FCPS has completed a "thorough and independent review" of the system's restraint and seclusion guidelines under the direction of the School Board. Brabrand added that the system has provided additional behavior intervention teachers, additional training for staff and appointed a new ombudsman for special education, in addition to creating a new Special Education Task Force to examine best practices in restraint and seclusion.

"We acknowledge that the use of restraint and seclusion is an especially sensitive and challenging issue and is appropriate only when less restrictive alternatives fail. We will continue to base our procedures and practices on that guiding principle," he said.

Lawmakers currently rely on data collected by the Education Department's Office of Civil Rights to determine how common the use of seclusion and restraint is in schools and what demographics of students are most affected by the practices. But a June report from the federal government watchdog found that many schools don't track that data adequately, making it difficult for the Department to determine whether the practices are being used unnecessarily.

FCPS Complaint by wamu885 on Scribd 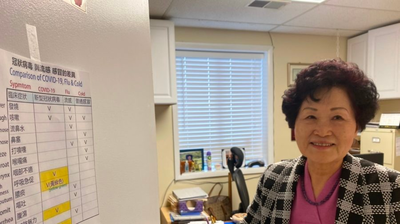 Dr. Heisung Lee keeps a checklist of coronavirus symptoms on her office door in Springfield, Va. She shut down a senior citizen entertainment program in early March to prevent the spread of coronavirus, far before Virginia authorities acted. Daniella Cheslow/WAMU hide caption

'It Was Just A Matter Of Time': Korean-Americans Saw Coronavirus Coming

March 30, 2020 • Korean-Americans watched coronavirus wrack their home country. Now, they offer lessons for their neighbors in the U.S. 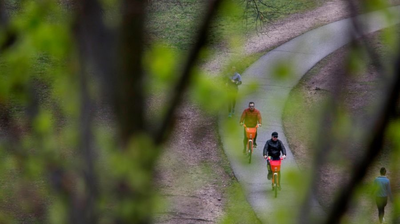 March 30, 2020 • If taking a walk around your block is getting a bit stale at this point, here are some ways to safely experience Rock Creek Park. 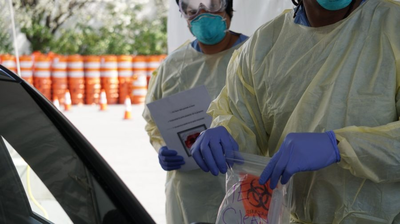 Here's Where You Can Get A Coronavirus Test In The D.C. Area

March 30, 2020 • You'll need a referral from a doctor and must undergo a screening process to get tested. 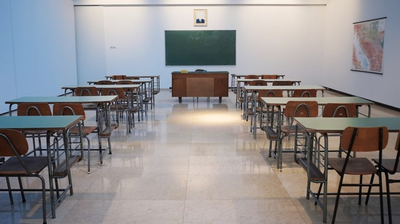 D.C. Teachers Are Working Hard To Educate Students From Afar. Will It Be Enough?

March 30, 2020 • In the District, teachers scrambled to learn new technology, adjusting to unfamiliar platforms and calling families directly to make sure children were prepared. 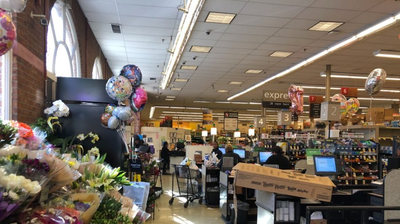 Midday at a Safeway in Northwest D.C. The union representing thousands of Safeway workers was locked in negotiations with the company less than a month ago over worker pensions and benefits. Jenny Gathright/WAMU hide caption

March 27, 2020 • "If we had went on strike, Safeway would have been up the creek without a paddle," said one employee. "They cannot run that store without us." 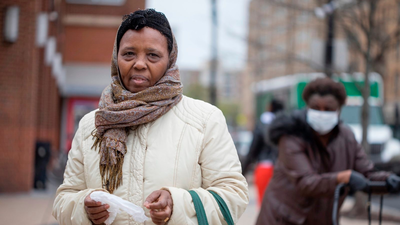 'It's A Ghost Town' — Portraits From A D.C. Shuttered By Coronavirus

March 27, 2020 • Activity has ground to a halt, or gone indoors, as the coronavirus spreads. These people are still navigating the city during the pandemic, many to do essential work that can't be done at home.

'It's A Ghost Town' — Portraits From A D.C. Shuttered By Coronavirus