Accessibility links
Will D.C.'s Private Museums Survive The Coronavirus Pandemic? Admission fees have dried up, and a season's worth of fundraising events and special programming has been canceled. 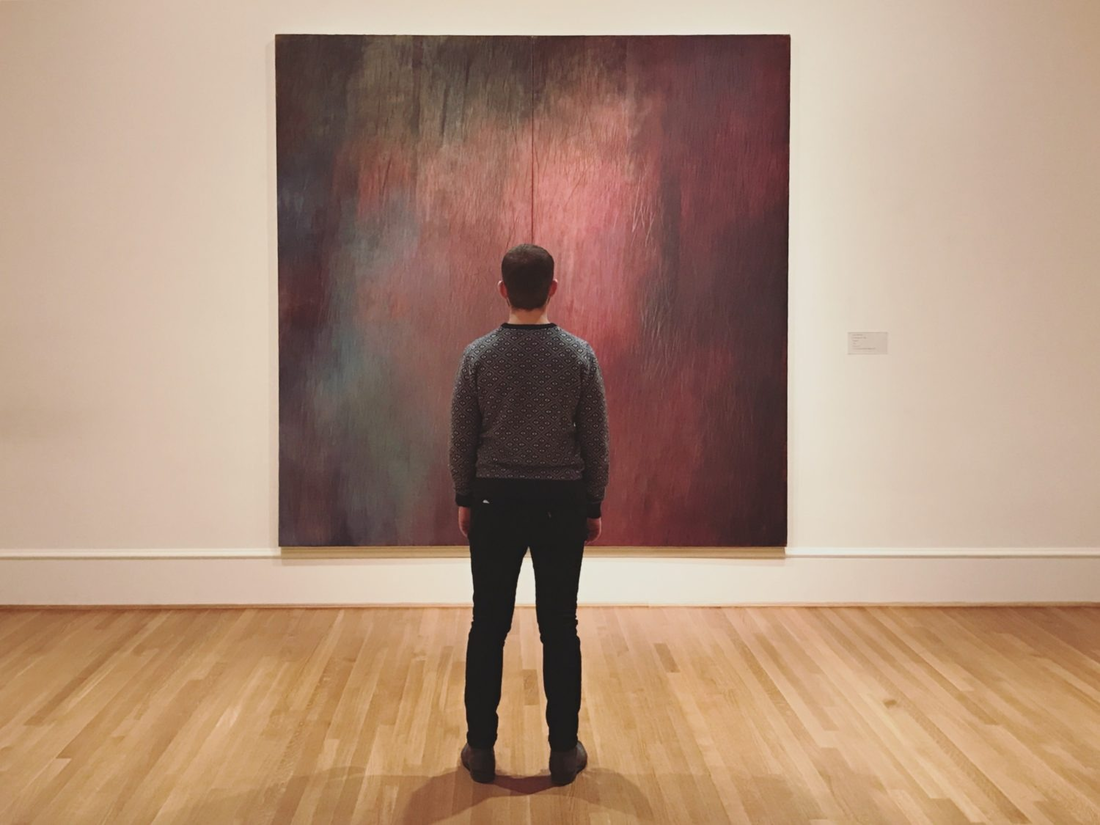 A visitor contemplates a painting at the Phillips Collection in 2016. The Phillips and all other private museums in D.C. have shut down to staunch the spread of coronavirus. Peter Bjork/Flickr hide caption

For a few weeks in late February and early March, kids had the run of the National Children's Museum on Pennsylvania Avenue. They did hands-on science experiments, hit balls in a virtual Nationals Park and careened down a two-story slide in a play structure called the Dream Machine.

Then, just three weeks after its grand opening, the museum's doors were locked. Leadership decided to close to mitigate the spread of coronavirus. 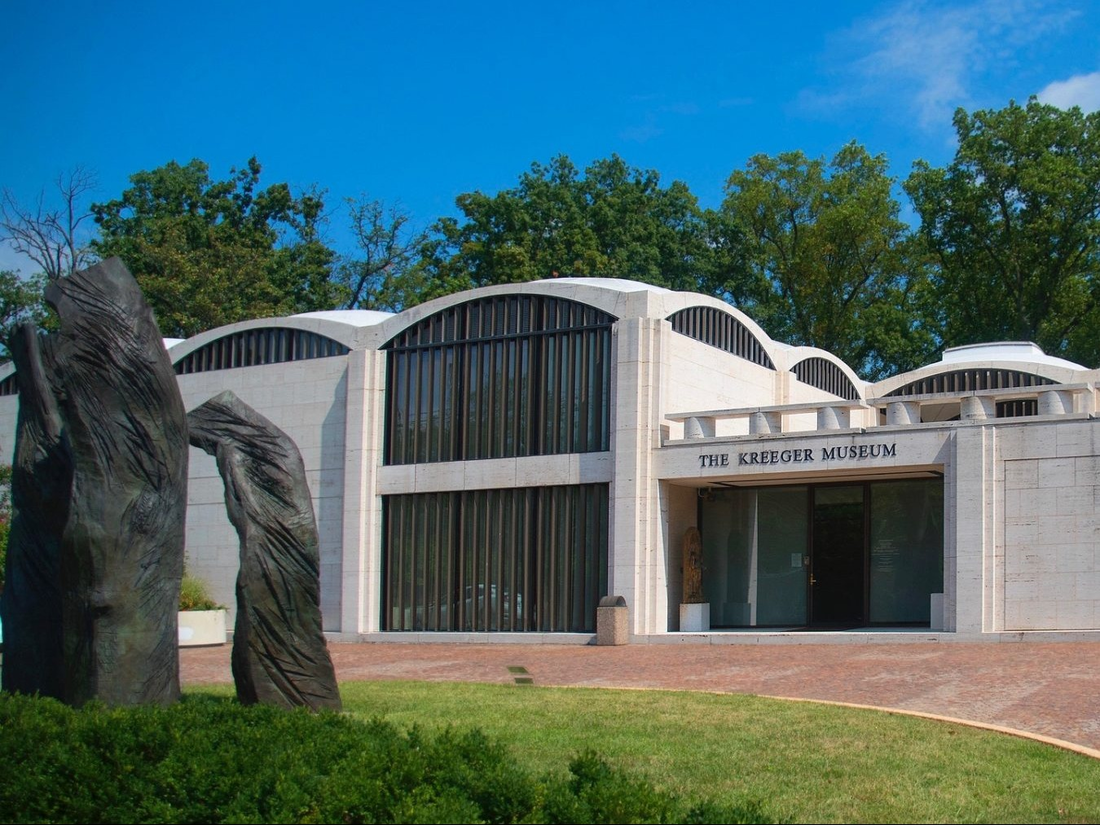 The Kreeger Museum has paid its 1099 workers through the end of March. Ron Cogswell/Flickr hide caption

The National Children's Museum is one more than a dozen private museums in the District of Columbia. Unlike the Smithsonian museums or the National Gallery of Art, these institutions do not receive significant federal funding and instead rely on admission fees, gift shop sales and donations from individuals and foundations.

Many of them are now facing short- and long-term financial struggles due to the coronavirus shutdown. Admission fees have dried up, and a season's worth of fundraising events and special programming has been canceled.

[Read the latest updates about coronavirus in our region here]

For some, the primary concern is paying rent. Last week Del. Eleanor Holmes Norton (D-D.C.) pressed Congress to give the Children's Museum a reprieve from rent for its space inside the Ronald Reagan Building and International Trade Center, which is owned by the federal government.

"Despite its many benefits it brings to the nation's capital, NCM remains an outlier in terms of upkeep and maintenance," Norton wrote in a statement. "NCM is the only congressionally designated museum expected to pay rent in a federal building."

Other museums have had to lay off part-time workers and contractors. Teaching artists and event security staff at the Kreeger Museum, a modern art museum in the Foxhall neighborhood, will receive pay through the end of March, but beyond that, their paychecks aren't certain. 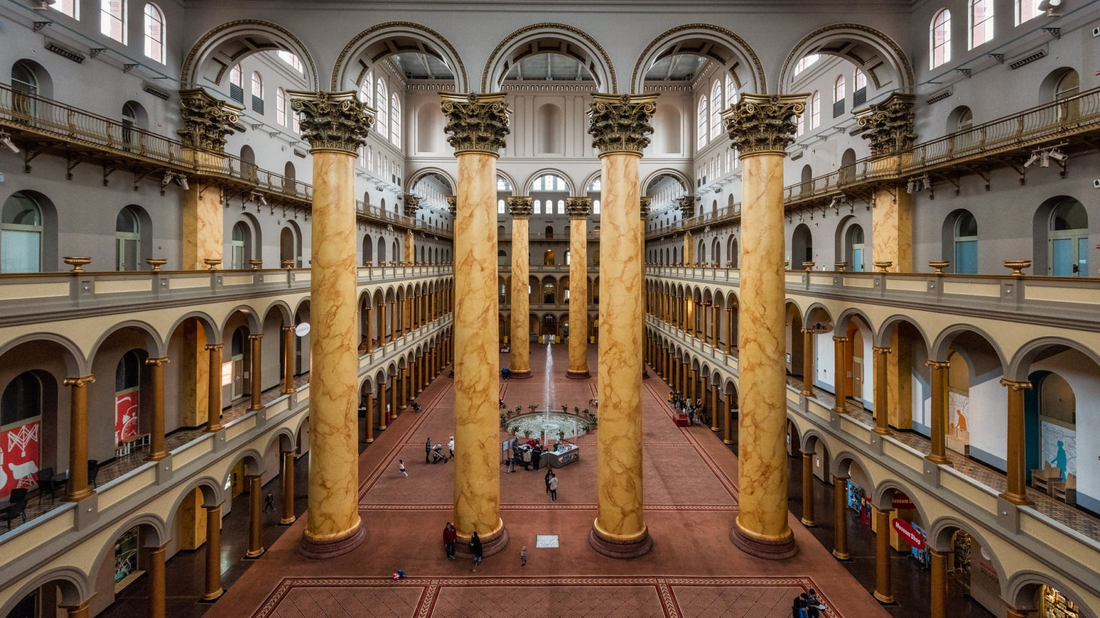 The National Building Museum was set to reopen Mar. 13 but has had to push back the date indefinitely. Geoff Livingston/Flickr hide caption

"We're taking it month by month at this point," says Helen Chason, the museum's director. "We are so, so lucky that we don't have to pay rent. We have our own space. That makes a huge difference."

Hourly staff members at the National Museum of Women in the Arts who cannot work remotely due to their nature of their jobs have been laid off. This includes workers in the museum shop and in security, operations and facility rentals. "We are encouraging these individuals to pursue unemployment benefits until we are able to reopen and bring them back to work," museum director Susan Fisher Sterling says.

Other museums were about to celebrate their grand openings or re-openings when the coronavirus outbreak hit. The National Building Museum was scheduled to reopen in mid-March after three months of renovations. Now it's in a "wait and see," according to Chase Rynd, the executive director.

The Building Museum was already in a precarious financial position prior to the coronavirus outbreak: About 8% of its staff was laid off in January, marking the biggest employee reduction at the nonprofit museum in recent memory.

Planet Word, a museum dedicated to language, was supposed to open on May 31st in the historic Franklin School building on Franklin Square. That date has now been pushed back indefinitely. "The safety of our employees, contractors, patrons and the community is of paramount importance and is the basis upon which future decisions regarding our opening schedule will be made," says Ann Friedman, the museum's founder and CEO.

The Phillips Collection declined to comment on its financial situation and the International Spy Museum did not respond to a request for comment.

Meanwhile, the Smithsonian Institution and Nationally Gallery of Art are is also expecting to take a financial hit from the shutdown, though to a lesser degree than some private museums. The National Gallery has lost some revenue from its restaurant and shops, though it says there has been no talk of layoffs. "Consistent with federal guidelines, the Gallery will continue contract work remotely where possible and will pay contract staff impacted during this period," the museum said in a statement.

The Smithsonian receives two-thirds of its budget from the federal government and one-third from its endowment, charitable contributions and retail revenue from its museum shops, IMAX theaters, restaurants and parking. That retail revenue goes into an unrestricted fund that the Smithsonian can use at its own discretion.

"It isn't the biggest part of our pie, but it matters," Smithsonian spokesperson Linda St. Thomas says. "And charitable contributions are directly tied to the economy, so of course that's going to have an impact too."

While all the Smithsonian museums and the National Zoo are currently closed, security shifts at the museums, animal care at the zoo and construction at the Air and Space Museum are still occurring on schedule. 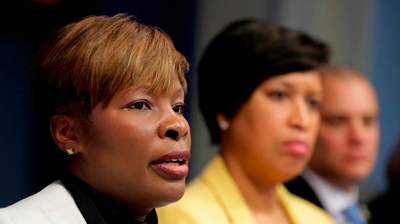 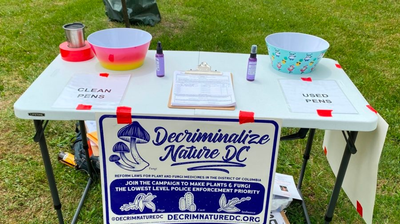 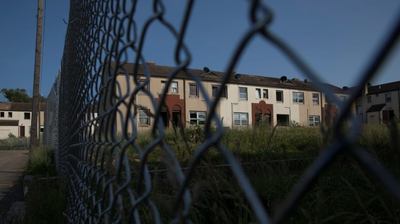 Hundreds of buildings at Barry Farm, a public housing property in the District, were razed before new homes were built for residents. Organizers at a #BlackHomesMatter rally are calling for $60 million per year in funding for public housing repairs. Tyrone Turner/WAMU hide caption

July 7, 2020 • The move comes after a drumbeat of advocacy from the progressive Fair Budget Coalition, which urged the council to invest more in housing for low-income Black D.C. residents. 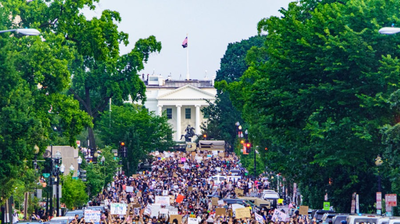 The D.C. Council Will Vote On A Second Version Of Emergency Police-Reform Bill

July 7, 2020 • The vote will delay the signing and implementation of the law. 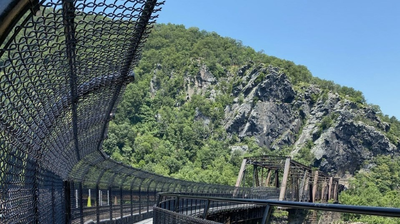 July 6, 2020 • The bridge is a key pedestrian connection between the town and the C&O Canal towpath, a popular recreational and cycling trail, and Maryland Heights, a popular hiking overlook with stunning views. 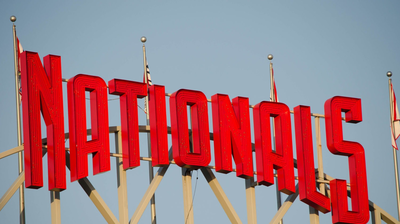 The Nats are canceling Monday's team workout due to not yet getting Friday's coronavirus tests back from Major League Baseball. m01229/Flickr hide caption

July 6, 2020 • General Manager Mike Rizzo announced Monday that the Nationals will cancel its team workouts because they have not yet gotten Friday's coronavirus tests back from Major League Baseball.