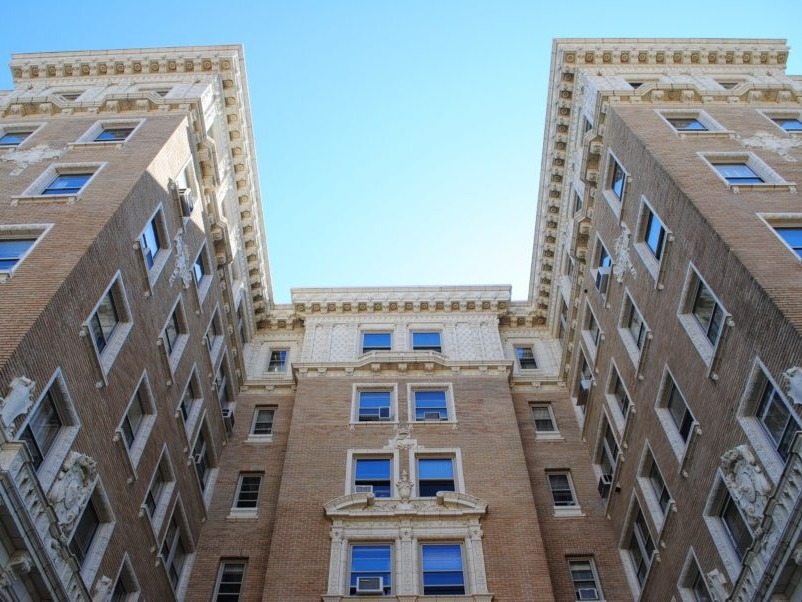 Rent is due Wednesday for thousands of tenants across the District, even as many businesses have shuttered due to the novel coronavirus. More than 36,000 people have already filed for unemployment in D.C., with similar surges in Maryland and Virginia.

The situation has some tenants thinking about whether they should have to pay their landlords as usual, including calls for regional rent strikes that are circulating on social media. Still, local housing organizers warn that such payment stoppages—typically done to push landlords to improve building conditions—may leave tenants vulnerable to legal action when the crisis subsides.

Leigh Higgins, an attorney at the D.C. Tenants' Rights Center, says several of her clients are nervous about their rent payments over the coming months, even though D.C. has suspended evictions until at least May 1 during the COVID-19 crisis. She recommends that cash-strapped tenants ask their landlords to accept late payments or work out payment plans before waging any rent strikes. That's because eventual evictions, whether simply filed in court or actually carried out, could follow months later.

Higgins also says any agreements between tenants and their landlords should be made in writing, adding that landlords can't legally charge late fees for belated rent payments during a state of emergency, such as the one the District is under right now.

The D.C. Council recently passed fast-tracked legislation to ease the economic burdens caused by the coronavirus, but some activists said it didn't include strong enough protections for renters.

"While removing the threat of eviction in the short term will do much to protect D.C. tenants, without more expansive protections the city will face a crisis when the state of emergency expires," activists said in a statement at the time. "Tenants in arrears will face a wave of evictions as courts reopen, and it is unlikely that the city's economic situation will improve enough to compensate for their losses."

Landlords, meanwhile, argue that rent freezes or withholding could prevent them from paying their mortgages, property managers, and maintenance costs. "All of that money comes from rent," the Apartment and Office Building Association of Metropolitan Washington's Randi Marshall told WAMU earlier this month. AOBA said it supports boosting funding for D.C.'s Emergency Rental Assistance program, which allows tenants hit by hard times to cover their rent payments.

In interviews with DCist, housing advocates point out that it's hard for tenants to organize amid the current shutdowns and stay-at-home orders intended to help stop the virus from spreading. Mariel Mendez, a volunteer with the D.C. tenants' union, says the face-to-face communication normally required to wage an effective rent strike isn't practical or prudent with broad social-distancing measures in place.

"It's just that in order for there to be building-wide change, there should be an organized group of people leading this," explains Mendez, who in December helped organize a rent strike at an apartment building in Columbia Heights. "I don't see how that could happen right now when we can't have meetings with more than 10 people and have to stand six feet away from each other."

She notes that tenants will have to get creative, citing the work of Los Angeles activists who this week staged a demonstration outside of Mayor Eric Garcetti's house—from inside their cars—to ask for stronger tenant protections. The L.A. activists circled the mayor's residence, honking and holding signs out of their windows.

Even in the midst of a pandemic, the legal risks of withholding rent payments can be significant. An eviction record can harm someone's ability to secure housing for years, signifying to landlords that a prospective tenant isn't reliable or trustworthy. That's in part why District lawmakers are considering legislation to seal and expunge more residents' eviction records, although it's now unlikely to advance for some time. People laid off by coronavirus impacts can apply for unemployment and other benefits, including utility assistance.

Advocates also say judges might not be sympathetic to rent strikes when the goal is merely for landlords to cancel rent instead of improving living conditions. Generally, in well-organized rent strikes, tenants continue to pay their rents, putting the money into escrow accounts so the money is readily accessible if they must pay some day.

One housing advocate who spoke to DCist suggests that during the COVID-19 crisis, renters can still set up funds to help offset costs for their neighbors who have lost their jobs. Tenants who have higher incomes and thus more leverage can ask their landlords to give rent concessions to those who can't pay rent, this advocate says.

For now, though, the first of the month is right around the corner as the pandemic wreaks havoc on the economy. How long it lasts depends on how much the District and other places like it can control and, ultimately, reduce the number of COVID-19 cases. 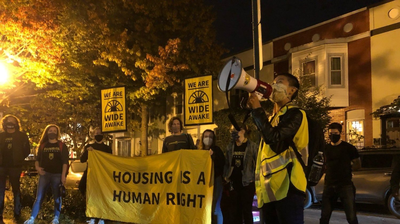 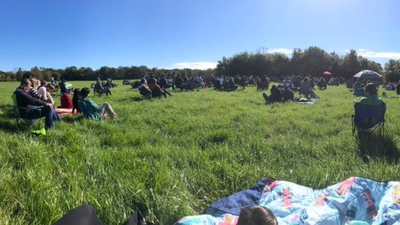 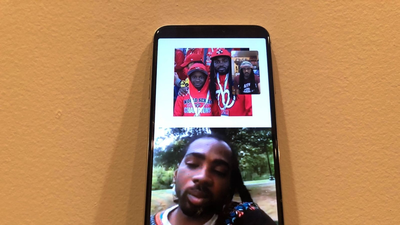 October 19, 2020 • "Sometimes the media only shows up when there's tragedy. We want to spotlight those doing positive work in our community now." 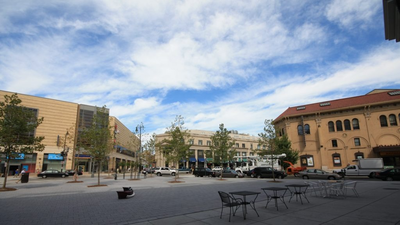 October 19, 2020 • If passed, the first sidewalk vending zone would be established in Columbia Heights. 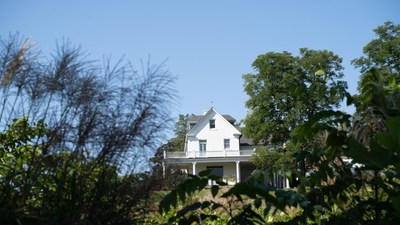 One of the historic buildings at River Farm, seen from native meadow that borders the Potomac. Jacob Fenston/DCist/WAMU hide caption

October 16, 2020 • The 27-acre property on the Potomac River has been open to the public since 1973, but its future is uncertain after it took a financial hit during the pandemic. 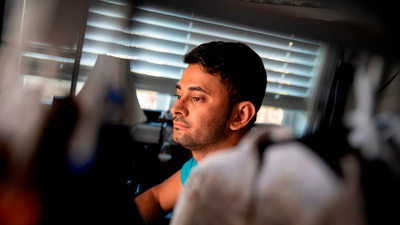 In D.C., evictions can't be legally carried out during the pandemic. That didn't help Denis Gallegos, whose landlord locked him out after he lost his job. Tyrone Turner/DCist/WAMU hide caption

October 16, 2020 • With many local tenants unable to pay rent, some landlords are using illegal tactics to force them out.