Accessibility links
D.C.'s Mayor Is Requiring People Wear Masks In Stores, But Is It A Legal Mandate? There's a discrepancy between the mayor's pronouncements and the text of the emergency order.

D.C.'s Mayor Is Requiring People Wear Masks In Stores, But Is It A Legal Mandate?

D.C.'s Mayor Is Requiring People Wear Masks In Stores, But Is It A Legal Mandate? 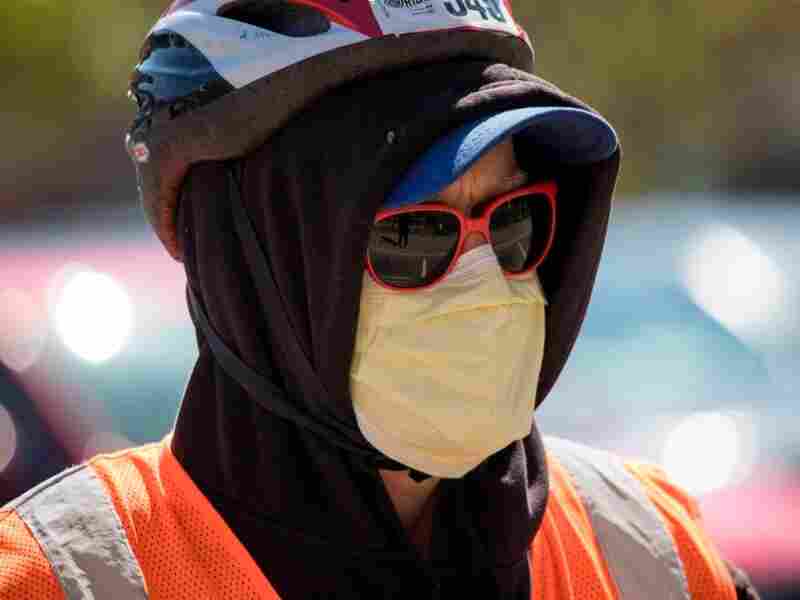 The language of the emergency order around mask requirements have left some residents scratching their chins. Tyrone Turner/WAMU hide caption

Petworth resident Negin Sobhani was at Union Market last Thursday when she noticed a security guard barring a man from entering because he wasn't wearing a face mask. The security guard directed the man to a store inside the market where they were selling masks, Sobhani says. All the city's information and the news coverage she had read up to that point made it seem like wearing masks was suggested, but not mandatory, she says.

"My immediate thought was, 'Now we're causing an issue.'" Sobhani says. "Someone who's already maybe strapped for cash is not getting clear instructions, and now they're being refused access to grocery stores." But since then, she has seen the word "mandatory" written on signs at stores.

The confusion stems from the difference in language used in the mayor's verbal and written guidance during the coronavirus pandemic and the actual text of her emergency order, which was amended and has been extended until at least May 15.

In press conferences and news releases, the mayor has said that people are required to wear a mask or face covering in certain situations — including employees, customers, and visitors of hotels, grocery stores and other retail food sellers and taxis, ride-sharing companies, or private transportation providers. But the text of the order itself states that hotels and stores must simply post signage instructing guests and customers to wear masks or mouth coverings.

That discrepancy has opened the door for confusion about how people should comply. Store owners must post the signage, but are they required to refuse entry to customers without masks? And what are the consequences if individuals don't wear masks to a store?

Lindsay Wiley, director of the Health Law and Policy Program at American University Washington College of Law, says that while the signage is mandatory, it's essentially up to the businesses to determine how it will be enforced. While the mayor is telling individuals to wear masks, she isn't mandating that in the order itself — such an order would be susceptible to constitutional rights challenges, according to Wiley. (Disclosure: American University holds the license for WAMU, DCist's parent company.)

In that way, the District's order is different from a Montgomery County order, put into effect Monday, that requires individuals to wear face coverings in stores — though there is no civil or criminal penalty in place for violations. That's not the case elsewhere, like Laredo, Texas, where law enforcement officers can fine residents up to $1,000 for not wearing a mask in public.

D.C.'s order is more similar to the requirement that restaurants have to post "Employees must wash hands" signs in bathrooms, according to Wiley, an expert in social and legal epidemiology who has been tracking social distancing orders.

But while that's Wiley's understanding of the law, the executive office of the mayor has not responded to repeated requests for clarification. The D.C. Office of the Attorney General also declined to comment.

It's also not exactly clear what fines or other measures the mayor would take in cases where people or businesses fail to comply; the order gives wide latitude for enforcement. "Any individual or entity that knowingly violates this Order may be subject to civil, criminal and administrative penalties, including sanctions or penalties for violating D.C. Official Code 7-2307, including civil fines or summary suspension or revocation of licenses," the order reads. That section of the D.C. Code gives the mayor the ability to fine entities up to $1,000 per violation and revoke, limit, or suspend licenses.

In some cities, the question of enforcing mask rules has led to confusion and even outrage — such as in Philadelphia, where a man was dragged off a bus by at least seven officers because he wasn't wearing a mask.

The Metropolitan Police Department said in an emailed statement that "retail food establishments may deny customers entry or ask them to leave based on a failure to wear a mask or follow other social distancing standards." When MPD officers encounter or receive complaints about people who violate the mayor's orders, "the goal is to obtain voluntary compliance," the statement reads, and "members will educate the public on health and safety risks as well as the potential consequences if they do not comply."

The legal matter is clearer for businesses. "Owners, if they don't post the sign, then they can be issued a citation," Wiley says. "Separately, if a business owner decides to exclude someone for not wearing a mask to protect her customers or employees, or just out of a preference, that's fine. But that's different from the police requiring the business owner to exclude a customer."

At Giant Food locations in D.C., each store has signs telling customers they're required to wear masks — and there's now a D.C. police officer stationed outside each store, according to Giant spokesperson Daniel Wolk.

"In Washington D.C., the police will enforce the law if a customer is not wearing a mask," Wolk said in an emailed statement. "The police will not let a customer enter the store without a face mask."

Similarly, Safeway has posted signage at its stores and requires an attendant to count the number of customers who enter. "Customers will be required to wear a mask to enter Safeway's stores in the District of Columbia," a Safeway spokesperson told DCist in an email.

D.C. Interim Deputy Mayor John Falcicchio told DCist Thursday that, regardless of the language, the goal is the same — to get people to wear masks when they're in places identified in the order. The mayor's office included the language "mouth covering" to let residents know homemade masks are acceptable.

Federal and international guidance has changed on the importance of wearing masks. Before April 3, health experts said masks would not help prevent the spread of coronavirus. But since then, the Centers for Disease Control and World Health Institution have both issued guidance recommending cloth face coverings to limit the virus' spread. The CDC recommends that people wear masks to prevent the spread of particles in large part because asymptomatic people can carry and spread the virus.

Both small local businesses and national retailers have stepped up to sell face masks. Some stores and other locations are providing masks themselves.

"We have masks available to all employees," says Ernie Arias, director of sales and marketing at the Willard InterContinental Washington, D.C. "It's difficult to enforce for those walking in without [masks], but we require them to wear one in public spaces upon checking in."

Most guests and employees have masks when they walk in, Arias says, but the hotel provides masks to guests who don't have them and reminds guests of the mayor's order.

"Tensions are running high," says Wiley, the professor at American University Washington College of Law. "I think we've got to understand that we've got to get through this in a way that keeps the rule of law and and our humanity intact, because we're in it for the long haul." 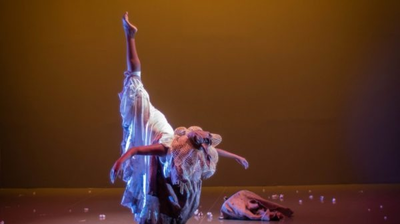 toggle caption
Courtesy of the Dance Institute of Washington/

February 26, 2021 • At the Dance Institute of Washington, staffers are experiencing something rather unusual in the arts world right now: excitement. 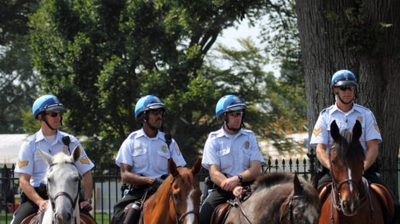 The U.S. Park Police is one of D.C.'s smaller police forces, but has extensive jurisdiction in the city because of its extensive federal parks, monuments, memorials, and roadways. Mr.TinDC/Flickr hide caption

February 26, 2021 • Pamela A. Smith is a 23-year veteran of the Park Police, and says her first action will be to outfit all officers with body cameras. 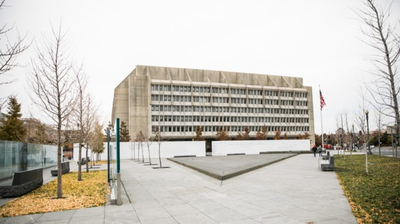 February 26, 2021 • The White House will no longer show deference to classical architecture. 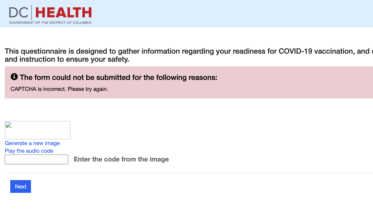 February 26, 2021 • Some were able to get appointments over the phone, while others were met with error messages and glitches online. 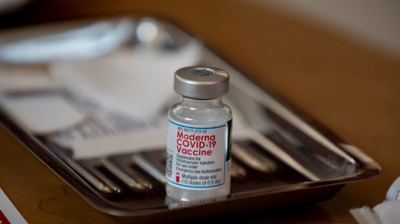 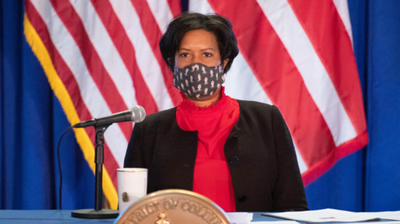