Accessibility links
The Curve May Be Flattening, But Some Local Hospitals Are Seeing The Coronavirus Surge Elected officials say what the region is experiencing right now is not as bad as they once projected. Still, hospitals in the region are preparing for a long surge in COVID-19 patients.

The Curve May Be Flattening, But Some Local Hospitals Are Seeing The Coronavirus Surge

The Curve May Be Flattening, But Some Local Hospitals Are Seeing The Coronavirus Surge Officials and experts have not been able to definitively answer questions about when coronavirus cases, hospitalizations and deaths will peak in the region, largely because of a lack of testing.

But Sophia Atu, a nurse in Prince George's County Hospital Center, does not need to see projections to know that her work has been getting more grueling.

"It's been rough," Atu says — the kind of rough that's hard to understand "unless you're a health care worker working in the hospitals, and you see all these miseries."

On a typical 12-hour shift, Atu said she is responsible for four to five patients. Now, she said, she's been told to prepare to care for up to eight patients per shift as more people start to enter the hospital with COVID-19 symptoms.

Even people who are not COVID-19 patients are dealing with the fact that their families can't visit them.

"So you are not just a nurse, you are also family to these patients," Atu says. "We try our best to keep it together, but you know, underneath all that is the fear, the agony, the fear of the unknown."

Where We Are On The Curve

Elected officials say what the region is experiencing right now is not as bad as they once projected, thanks to successful efforts at "flattening the curve." Still, hospitals in the region are already seeing a surge in COVID-19 patients, and preparing for that surge to last.

Hospitals in D.C., are at 70 to 75% capacity, officials said at a press conference this week. The city was once expecting to need 1,000 additional hospital beds by mid-April. Now, in a shift officials credit to strict social distancing measures, the city has not seen that extreme spike in hospital demand — and is expecting a surge of COVID-19 patients to reach city hospitals in late May. (The course of the illness caused by the coronavirus can last anywhere from one to six weeks, which produces a lag between COVID-19 diagnoses and hospitalization for severe symptoms.)

"There are more patients presenting with symptoms, and the patients who present are sicker than we were seeing a month ago," Dr. Hugh Mighty, Dean of Howard University Medical School and Clinical Care Vice President for Howard University Hospital, told WAMU this week.

While the city is still working to set up hundreds of hospital beds in the Walter E. Washington Convention Center, Mayor Muriel Bower has said the goal is to never use them.

Virginia Gov. Ralph Northam paused plans to build three field hospitals in convention centers this week, after deciding that hospital systems would be able to meet demand in the short term by expanding capacity on their own. The Inova Health System, which runs several hospitals in northern Virginia, could not be reached by deadline for comment about the current status of its surge operations. Statewide, hospitals are using about one quarter of the ventilators they have on hand —and while 1,374 people in the state are currently hospitalized with confirmed or suspected cases of COVID-19, 5,519 hospital beds remain available.

Projections for the peak in cases in northern Virginia, as in other jurisdictions, vary widely. One projection from the University of Virginia says a peak in cases could happen as late as mid-August in the Virginia suburbs, while the Institute for Health Metrics and Evaluation (IHME) model says peaks in Virginia and Maryland will be past us by the end of the month, and D.C. has already hit its peak.

In the Maryland suburbs, where hospitals are seeing a significant and rising number of COVID-19 patients, efforts to expand capacity are underway. This week, the University of Maryland Medical System re-opened previously closed floors of the Laurel Regional Hospital to treat COVID-19 patients. Medical surge tents have gone up outside Adventist HealthCare Fort Washington Medical Center, where crews are also constructing a new, permanent 16-bed intensive care unit for mid-May. Adventist HealthCare's hospitals in Shady Grove and White Oak have a combined 112 beds — and the system is working with the state to add 200 beds at a former hospital in Takoma Park for recovering COVID-19 patients.

Citing patient privacy, a spokesperson for Adventist HealthCare would not share how many patients were being treated for COVID-19 at its facilities — but in an email, the spokesperson wrote that "as the state numbers indicate, all hospitals are seeing a rise in COVID-19 patients." Gov. Larry Hogan has said there are some bright spots in the data that show hospitalization rates could be starting to stabilize statewide.

Paul Grenaldo, president of Doctors Community Health System in Lanham, told a Prince George's County Council committee last Tuesday that more than half of the 149 patients in his hospital were there in connection to COVID-19. Of those patients, 36 required critical care in intensive care units — which led the facility to expand critical care capabilities up to a new floor of the hospital.

The hospital was working to create space for hundreds more patients by converting private rooms to semi-private rooms, setting up beds in a former nursing home nearby, and building tents outside the hospital. But Grenaldo said that if, as some projections indicate, his facility needed to care for as many as 500 patients, staffing would become a problem.

"That's where the real crisis will come," Grenaldo said. "We need to make sure we have enough staff to care for these folks."

Dr. Joseph Wright of the University of Maryland Medical System told the Prince George's County Council committee that the hospitals he oversees in the county were expecting a surge of patients through at least May 20.

"It is going to be a long, long surge, and the thing that really concerns me is how sick these people are," Wright said. About 10% of people hospitalized for COVID-19 in UMMS hospitals in the county, he said, were dying from it. "So you can imagine the degree of illness and really, really sick people over the course of the next five to six weeks that our health systems will be experiencing."

Another factor contributing to the length of the surge is the amount of time some people need in the hospital. A regional COO for New York-Presbyterian Hospital told The Atlantic that half of the COVID-19 patients in the hospital's ICU stayed for 20 days.

This long surge, Dr. Chile Ahaghotu of Medstar Southern Maryland Hospital Center said, is also a direct result of successful efforts to flatten the curve and avoid an extreme spike in patients that would completely overwhelm the hospital system.

"We are extending the period of time to which we get to the crest of the slope, and of course extending the time that the slope tracks downwards, and I think that we are very much in the middle of that process right now," Ahaghotu said.

While a longer, flatter curve is a good sign, the public health crisis will still require significant endurance on the part of health care workers and hospital staff.

"It's really more about the resilience of our staff to continue to go through this process both in terms of discipline around PPE [personal protective equipment], dealing with death and just the work hours ... and the anxiety and everything else," Ahaghotu said.

Strain On The Frontlines

The anxiety, Atu said, is already catching up with her. She and her colleagues want more personal protective equipment — particularly for the nurses who have the most direct contact with COVID-19 patients.

"I'm a little disappointed they don't allow us to come get tested," says Powell, who is worried about unknowingly exposing his family at home to the virus. "It'd be better if you at least knew you'd been exposed to it ... that probably would put a lot more people at rest." 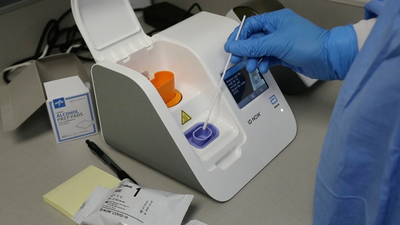 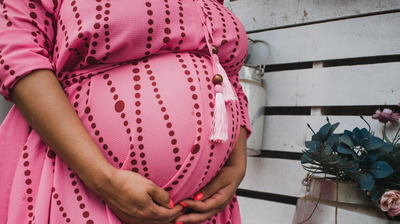 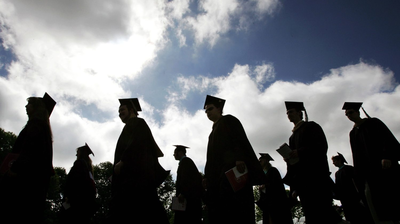 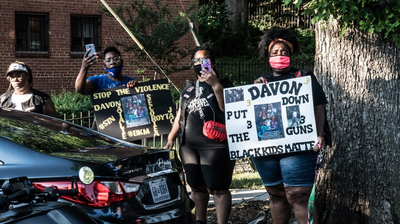 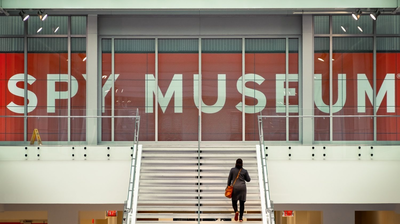 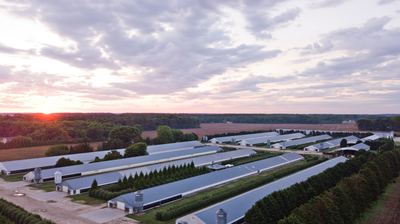