Accessibility links
Cases Spike At Virginia ICE Detention Facility After Transfers From COVID-19 Hotspots As of last Friday, 49 of the 412 people detained in Farmville in had tested positive and were considered "active" cases. But detainees say the true level of infection is far higher. 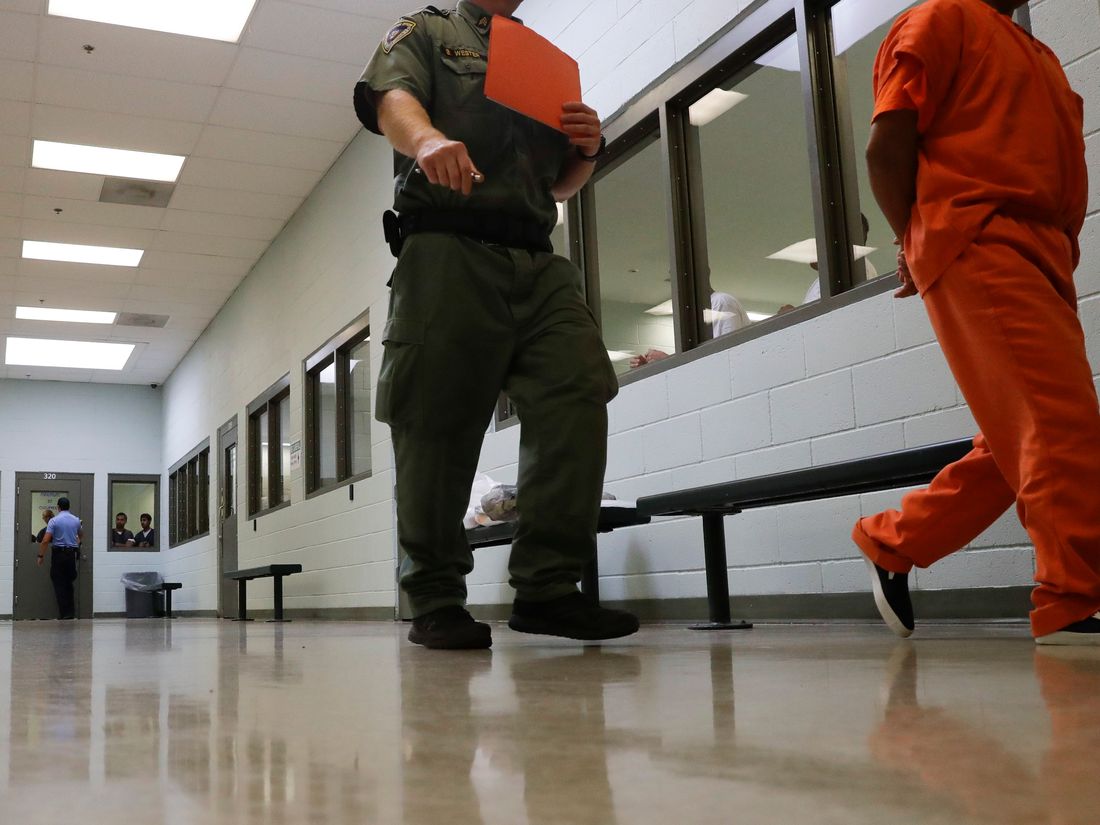 A guard walks a with a detainee in the intake area at the Adelanto ICE Processing Center in Adelanto, Calif. Chris Carlson/AP hide caption

A recent uptick in COVID-19 cases at an Immigration and Customs Enforcement (ICE) facility in Virginia has raised new concerns about safety, and about the facility's management.

At the end of last month, there were no active, confirmed cases of COVID-19 at the Farmville Detention Center in central Virginia, where many immigrants whom authorities believe entered the country illegally are detained.

As of last Friday, 49 of the 412 people detained in Farmville in had tested positive and were considered "active" cases. But detainees say the true level of infection is far higher, and the risk of the coronavirus spreading further is severe: They describe an environment where many people are sick, unable to isolate, and denied proper medical care. They allege ICE actively endangered people in the facility by transferring detainees from other states into Farmville, and their families and lawyers are demanding that detainees, particularly the most medically vulnerable, be released.

"It's very scary to have a family member in there, knowing that he could die," says Andy Umana, a Woodbridge, Va. resident whose cousin is currently detained at Farmville. Umana says his cousin told him he has a headache, a stomachache, a fever and loss of his sense of taste. He also says his cousin and other detainees went on a hunger strike to protest their conditions.

The new confirmed coronavirus cases in Farmville coincide with the recent arrival of 74 detainees from facilities in Arizona and Florida, the latest epicenters for the virus in the U.S.. In an email to WAMU, an ICE spokesperson said the transfer was done on June 2 to free up space in overcrowded facilities.

"During COVID-19, the agency has taken steps to protect detainees in its custody and promote social distancing whenever possible," the spokesperson wrote. "This has resulted in the transfer of detainees from facilities with larger detention populations to facilities with fewer detainees. Prior to transport, the agency conducts temperature checks and medically screens detainees for COVID-19 symptoms."

ICE says all of the people who were transferred into the facility were quarantined, and did not enter the general population living quarters. The agency says it houses detainees who test positive for the virus in dorms separate from those who have not tested positive. And ICE says the Farmville facility has added hand washing capacity in the dorms, with additional sinks and hand sanitizer, and has given all detainees three N95 masks and two cloth masks that they can launder every 72 hours.

But detainees and their family members say the infection is now spreading among those who were in the facility before.

"At this point, ICE is playing with the lives of several people, and it's their fault that the coronavirus was introduced to the facility," says Brain Casson, an immigration attorney who has two clients in the facility, both reporting symptoms consistent with COVID-19. "It was either done with malice, negligence or recklessness."

In their email to WAMU/DCist, the ICE spokesperson wrote that medical staff at Farmville will test every single detainee in the facility early this week to understand the true extent of the virus's spread in the facility.

Norma, whose last name we are not disclosing for privacy reasons, says she can hear her husband coughing every time he calls her.

"Last night, he couldn't even talk," Norma said last week. "I couldn't sleep. And I said, 'Well, please call me at least three times a day, because I want to know you're OK. I just need to know.'"

On Monday, Norma said her husband's fever had been controlled with medication, but he was still coughing. She said he remained in his dorm, surrounded by other detainees.

A young man in his 20s who is detained at Farmville told WAMU/DCist he began to feel sick at the beginning of last week. He did not want to disclose his name because he feared the consequences of speaking out. He said he had a fever, a cough, headaches, body aches and trouble breathing, but had gone five days without receiving a COVID test or visiting a doctor. Despite his requests to get a test, he says he only received Tylenol as treatment and was not isolated from his dorm.

"How are we going to be safe if we don't even have space to breathe?" he says, mentioning that he does not have the opportunity to distance himself from the other men in his 80-person dormitory.

The young man also described an incident in which guards used pepper spray on detainees who did not stand up to be counted. The young man says they were unable to stand because they were sick.

"They try to use the pepper spray for no reason," he says. "They fell down because they're really sick ... people are not joking with their life."

The ICE spokesperson wrote that last week, there was a "disturbance involving two detainees in a dorm which required ICA Farmville staff to use a form of non-lethal force, commonly known as 'OC spray'" (O.C. spray is commonly referred to as pepper spray). It was not immediately clear whether the spokesperson and the detainee were referring to the same incident.

"I have one client in particular who fainted and did not receive medical treatment and then was sent to isolation because they said he started a protest," says Eileen Blessinger, an immigration attorney who represents several people at the facility.

Blessinger also said she had clients who had not been tested for COVID-19, despite displaying symptoms associated with the virus.

Immigrant advocacy groups say they feared an outbreak of this scale as early as April, when they filed a temporary restraining order asking for the immediate release of medically vulnerable detainees in Virginia.

At the time, a judge denied the plaintiffs' request, saying that Farmville had adequate safeguards against the virus's spread. Senior United States District Judge Liam O'Grady with the District court for the Eastern District of Virginia cited Farmville's policy of quarantining detainees transferred from other facilities, screening staff for COVID-19 symptoms, and sanitizing the facility. At the time of his April 29 order, he wrote that no one in the facility had tested positive for COVID-19.

"In short, the detention facilities have taken steps to prevent the spread of the virus, and to improve their capacity to treat it," the order said. "These steps appear to have been effective, undercutting Plaintiffs' argument that their detention is not related to a legitimate government purpose."

Adina Appelbaum, one of the lawyers who represented the plaintiffs in that suit, sees the recent outbreak of the virus as proof that their concerns were valid.

"I really wish we were not in this situation," Appelbaum says. "We did not want to be right. But we saw the writing on the wall in what was happening in other facilities around the country."

Appelbaum cites the Otay Mesa Detention Center in California as an example of a situation where an outbreak deteriorated quickly because officials did not respond with enough urgency. The Wall Street Journal reported that a failure to quickly isolate symptomatic people inside the facility resulted in the rapid spread of COVID-19 among detainees. ICE reports that 166 detainees at Otay Mesa have tested positive for the virus, and one has died from it.

Family members and attorneys are calling for detainees to be released from Farmville.

"Immigration detention should not be a death sentence," Blessinger says. "With the rising number of cases in Farmville, continued detention during this pandemic is really a matter of life or death. And the people we are serving in detention are completely scared for their lives."

Norma wonders why her husband could not be sent home and supervised with an ankle monitor, so he could properly isolate. She says he is diabetic, which makes him particularly vulnerable to the virus. Even though money is tight, Norma said she would find a way to pay for a hotel room where he could stay until he recovered. The economic downturn and COVID-19 restrictions have hurt her husband's landscaping business and her salon business: She has been managing both in her husband's absence, and wondering how she will cover the mortgage payment for her home. But above all, she is worried about the health of people in the facility.

"He's a human being," Norma says. "And not just my husband, but every single one of those people in there. They're human beings, and they deserve our respect." 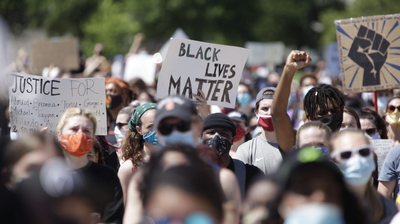 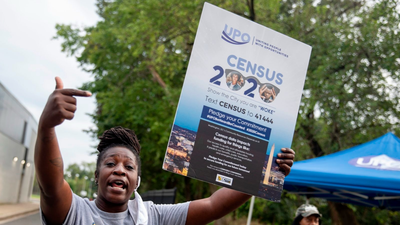 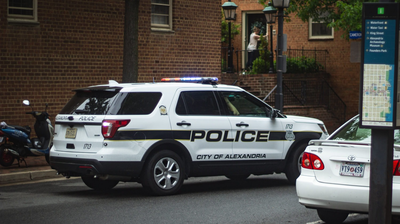 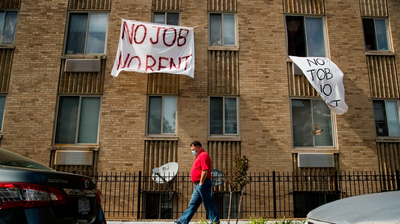 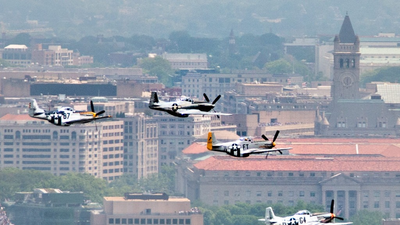 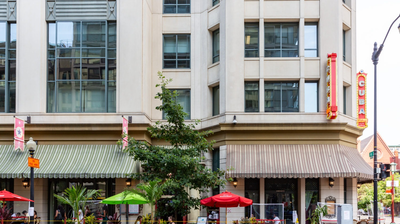