Accessibility links
A COVID-19 Vaccine Is About To Be Tested In D.C. With Hundreds Of Volunteers At least 500 volunteers are expected to participate in late-stage vaccine trials at George Washington University. 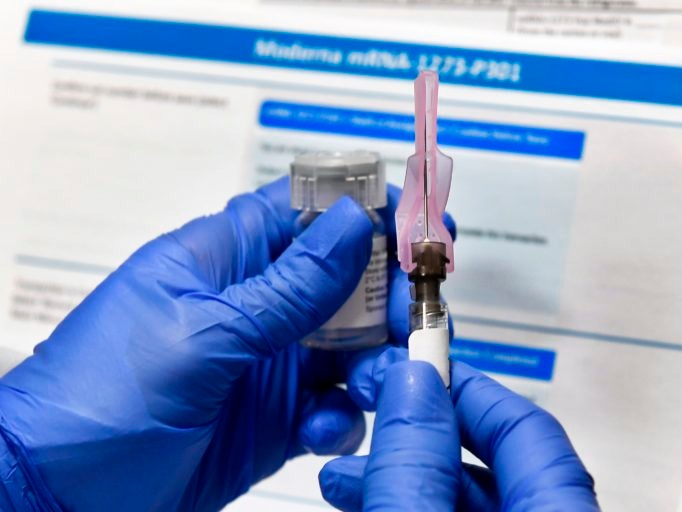 Researchers at George Washington University are expected to start a late-stage clinical trial for a potential COVID-19 vaccine this week, according to the university.

Known as a phase 3 trial, the effort will test whether the vaccine is generally effective in preventing people from coming down with the disease and is part of "Operation Warp Speed," the U.S.'s coordinated campaign to produce a readily available coronavirus vaccine by January.

The trial vaccine was jointly developed by Cambridge, Mass.-based biotech company Moderna Inc. and the National Institutes of Health. GW joins about 90 other sites across the country that will test the efficacy of the vaccine, which has the scientific name mRNA-1273. (mRNA are the molecules that instruct human cells what to build.)

The university anticipates that at least 500 adult volunteers who are COVID-19-negative will participate in its research. The NIH announced the launch of the phase 3 trials late last month, saying the goals included seeing whether the vaccine could "prevent symptomatic COVID-19 after two doses" as well as asymptomatic coronavirus infections and COVID-19 deaths.

Roughly 30,000 adult volunteers are hoped to participate in the trials nationally. Phase 3 trials typically precede review by the U.S. Food and Drug Administration, which has stated that any COVID-19 vaccine must safeguard at least 50% of people to be deemed effective. These trials can also reveal potential side effects from vaccines and determine which preexisting conditions may complicate the vaccines' usefulness.

The volunteers will be responsible for tracking any COVID-19 symptoms they may have and will undergo regular check-ins over two years, notes Siegel. For participating in this research, they will be compensated for each check-in, with compensation totaling $1,000 per volunteer over the two-year monitoring period.

Siegel says the trial's first two phases, which involved smaller numbers of participants, were promising. "The data up till now is encouraging, based on that level of the antibody response [we observed in people] and the fact that, in [lab tests], the antibodies seem to protect against the virus," he says.

The mRNA-1273 vaccine is one of a handful of potential COVID-19 vaccines that the federal government is subsidizing as part of Operation Warp Speed, which aims to deliver 300 million doses of a working vaccine by January 2021.The fast-tracked initiative means that the U.S. is funding millions of doses of vaccine candidates, including one developed by the Gaithersburg, Md.-based company Novavax. (The company claimed "positive" results in its phase 1 trial last week.)

Other countries are also racing to manufacture an effective COVID-19 vaccine, with 200 trial vaccines in development, reports the Washington Post. Russian President Vladimir Putin said this week that Russia has registered such a vaccine, called "Sputnik V," though scientists had not completed phase 3 trials for it.

Siegel says the federal government's investment in COVID-19 research is similar to what happened in the 1950s and 1960s, when the U.S. paid manufacturers to produce the polio vaccine while trials were still ongoing.

"I think it's encouraging to see how we have risen to the challenge, as far as being able to start this large vaccine study within four to five months of the virus appearing in the U.S.," he adds. "It gives me hope that there will be an end in sight."

Some have expressed concerns about rushing the development of a COVID-19 vaccine, and it would be a "world record," per the Post, if one was successfully made within 18 months of the pandemic's start. According to Siegel, the Moderna/NIH vaccine has proven safe so far: The known side effects are mild and similar to those from a flu shot, like soreness at the injection spot or short-lived fatigue. He says researchers will continue to closely monitor any signs of adverse health effects during the phase 3 trials and points out that the FDA's standard of 50% efficacy for COVID-19 vaccines is higher than the efficacy rate for the flu vaccine some years.

Scientists and health officials also face distrust about vaccines in certain communities, whether anti-vaccination activists or some African Americans who point to a painful history of abuse by medical institutions, including the infamous Tuskegee syphilis study which left Black men who had the disease untreated. (Locally, D.C. Councilmember Trayon White stirred controversy in May when he posted — and later deleted — an Instagram comment suggesting that he wouldn't "promote" vaccinations among his constituents in Ward 8, the Washington City Paper reported.)

At GW, Siegel says his team is actively working to overcome these concerns, working with the university's community advisory boards to provide as much transparency as possible. The team is also sending a mobile clinic to trial participants who can't easily travel to the school's campus in Foggy Bottom.

"We are aware that we've not done right by the African-American community in the past, and they have every reason to have that level of distrust," he says of the scientific field. "We've got to work extra hard to gain that trust back."

That trust is crucial for the vaccine trials, since public health officials are seeking to recruit volunteers from the demographics hardest hit by the pandemic, including Black and Latino people, essential workers, and seniors. (The D.C. research site, for example, is aiming for at least a quarter of its participants to be older than 65.) "We don't want this to be a study where 90% of the volunteers are white," Siegel notes.

A successful vaccine would create what health experts call "herd immunity," where enough of the population is inoculated against COVID-19. "You don't necessarily have to vaccinate 100% of a population in order to stop transmission in that particular community," David Diemert, the clinical director of GW's vaccine research unit, explained on the Kojo Nnamdi Show last week. "We have yet to figure out what that level, what percentage is going to need to be vaccinated for COVID-19. But that's something we'll find out through the clinical trials."

Siegel says more than 9,000 people in the D.C. area expressed interest in GW's trial through a national registry, the Coronavirus Vaccine Prevention Network, and 700 others applied through GW's own registry. Phase 3 vaccine trials have already kicked off in other cities, like Las Vegas and Savannah, Ga. A TV anchor at a Savannah-based TV station was reportedly the first person in the U.S. to receive a phase 3 Moderna dose, in late July. 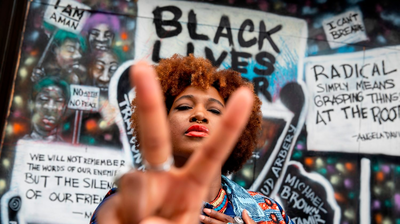 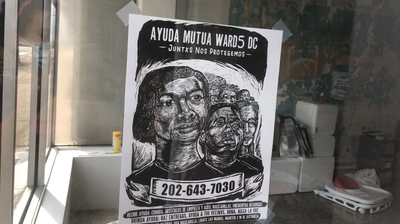 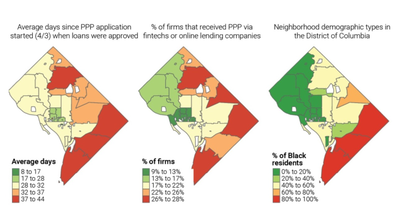 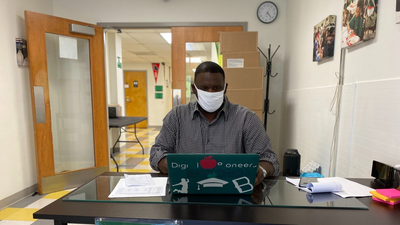 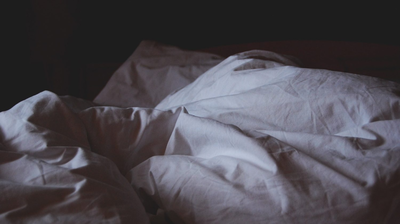 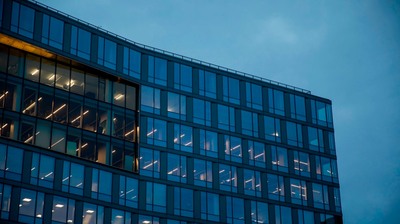 In a recent survey, about 55% of D.C. employers said they had instituted full-time telework for all employees during the pandemic. Tyrone Turner/DCist/WAMU hide caption

Many Employers In The D.C. Region Expect Expanded Telework After Pandemic

September 17, 2020 • A new survey asked more than 4,500 businesses, nonprofits, and governments to reflect on their experiences working from home during the pandemic.