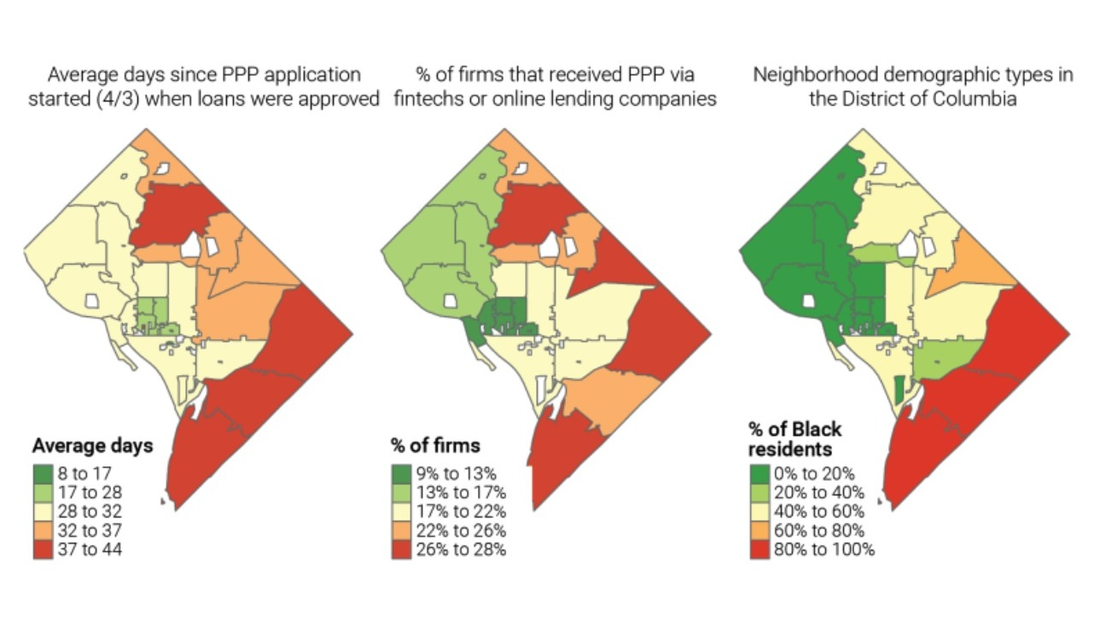 At the start of the pandemic, when shutdown orders went into effect, many businesses faced a frightening scenario: revenue came to an abrupt halt while expenses continued to pile up. But the businesses that most needed help had to wait the longest for it to arrive, according to a new analysis of federal data.

"The 10 days delay really matters because business in those majority Black neighborhoods also tend to have fewer cash buffer days, meaning they are more cash-constrained when they're not getting revenues," said Sifan Liu, the Brookings analyst who authored the report, in an interview with DCist/WAMU. She cited research by the JPMorgan Chase Institute that found in majority-Black and majority-Latino neighborhoods, nearly all businesses didn't have enough cash reserves to get by for more than three weeks. In contrast, the research found only about one-third of businesses in majority white neighborhoods to be similarly cash-strapped.

Congress created the PPP program in March to prop up small businesses during the pandemic, as part of the CARES Act. Since then, the program run by the Small Business Administration has handed out more than $525 billion in loans to more than 5 million businesses. The funding, available to businesses with fewer than 500 employees, comes in the form of loans with deferred interest at a low 1% rate. The loans are forgivable as long as employers don't lay off any workers or cut wages.

According to Liu, there are two clear reasons for the delay in assistance to businesses in majority-Black neighborhoods: the program's initial reliance on big banks to distribute loans, and outright discrimination.

In the rush to get cash into the hands of business owners, the government initially restricted the program to traditional banks, excluding online lenders and financial technology companies, known as fintechs. Those traditional banks, overwhelmed by applications, at first prioritized existing customers. This meant that small businesses that didn't already use these banks were cut out of the program.

"We found that small business, in majority-Black neighborhoods in D.C., for example, were more likely to apply for their loans not from banks, but from fintechs or other online lenders," explained Liu. Those fintechs and online lenders were not approved to distribute PPP loans until April 14, two days before the first round of funding ran out.

Liu suggested racism also played a part in the funding disparities, citing research conducted in April by the National Community Reinvestment Coalition. The group conducted matched-pair testing in D.C., where pairs of Black and white applicants with similar credit applied for loans during the same time period.

That study found that in 27 out of 63 tests, white applicants received better treatment from lenders compared to their matched Black counterparts.

The PPP has also been criticized for benefitting larger, wealthier firms at the expense of small, local businesses. In D.C., big law firms and consultant groups raked in millions, while local restaurants struggled to get any aid. In late April, more than a month into the pandemic shutdown, many local businesses were still waiting for funding to materialize, or even to hear about the status of their applications.

The latest round of PPP loans closed Aug. 8, and Congress has yet to approve more funding. 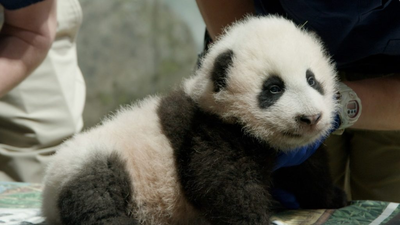 November 23, 2020 • The zoo announced that after thousands of votes were counted, the winning name was Xiao Qi Ji, which is Mandarin Chinese for "little miracle." 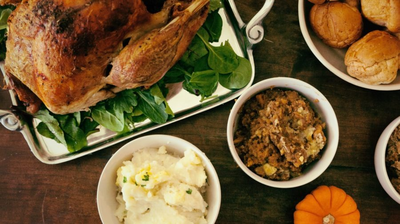 The food may look the same as it does during a traditional Thanksgiving at the homes of local health experts. But there are likely to be fewer people around the table this year. Pro Church Media/Unsplash hide caption

November 23, 2020 • "Thanksgiving is about love," says Dr. Ernest Carter of Prince George's County. "Whether I see my daughters on Zoom or I'm hugging and kissing them, the love hasn't changed a bit." 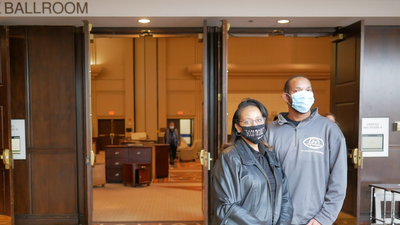 E.J. and Tonya White said they were looking for bargains at the liquidation sale of the Sheraton where E.J. used to play drums at black-tie balls. Daniella Cheslow/WAMU/DCist hide caption

November 23, 2020 • Live music is out. Staycations are in. One hotel's going-out-of-business sale attracts people who are thriving — or just surviving — in the pandemic. 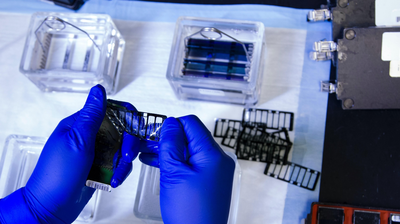 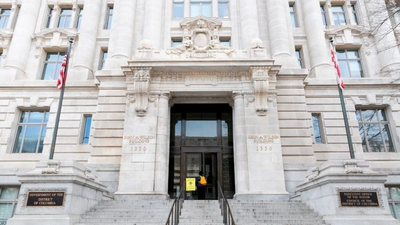 These Women Will Turn The D.C. Council Majority-Female For The First Time In Decades 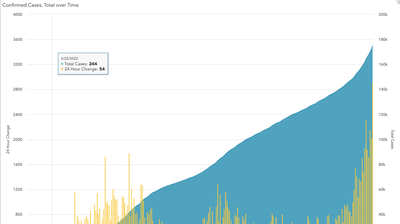