Accessibility links
State Work Group Creates Blueprint For Legalizing Marijuana In Virginia The work group studied best practices from 10 states to set a course for Virginia legalizing the sale of cannabis for adult use. 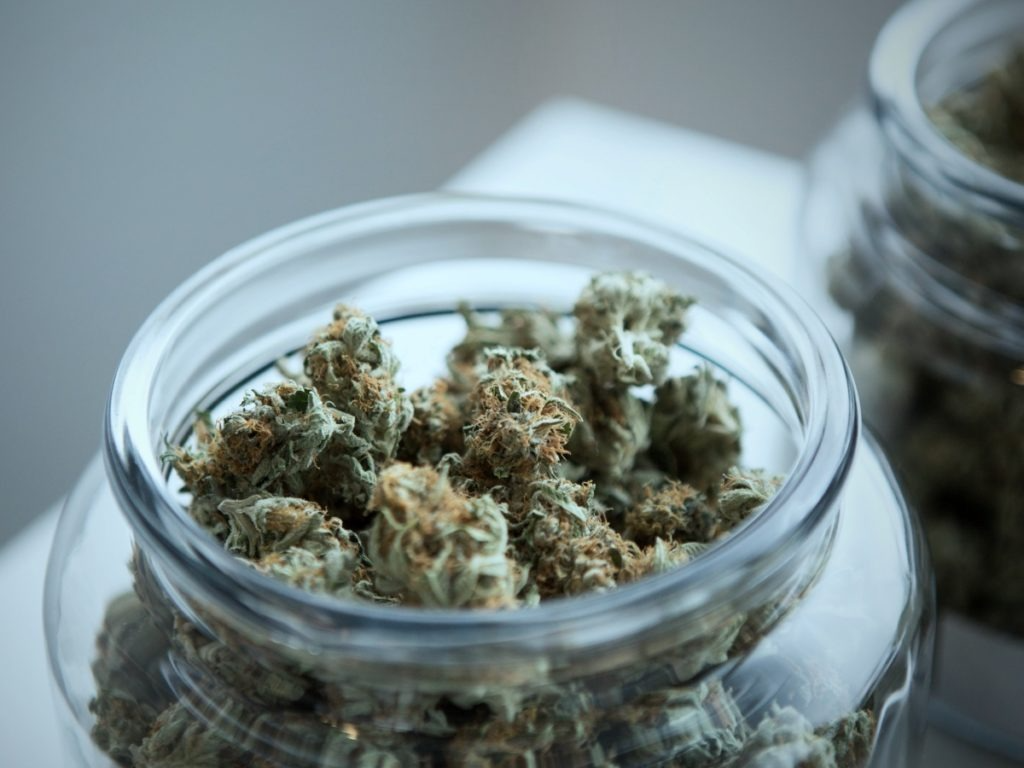 Marijuana could become legal to sell for recreational use in Virginia, and a nearly 500-page report from a government work group lays out exactly how it would happen. Get Budding/Unsplash hide caption

Virginia should establish a Cannabis Cabinet to steer its effort to legalize marijuana, according to a work group that released nearly 500 pages of recommendations Monday. The report, ordered by law last year, adds that the cabinet should learn from the efforts of 10 states where it's legal to sell recreational marijuana, with a focus on how a new industry can correct for racism in drug enforcement.

"What it means is that this is being taken seriously, that we know this is coming, and that Virginia wants to do it right," said state Sen. Adam Ebbin (D-Alexandria), who plans to sponsor a bill to legalize marijuana.

Jenn Michelle Pedini, executive director of the pro-legalizing organization Virginia NORML and a member of the work group, said those statistics informed the group's approach.

Pedini, who uses the pronoun they, said Illinois, in particular, provided an example of best practices. The state created a $20 million low-interest loan program to help lower barriers of entry in the marijuana industry to people who meet certain criteria, including having a marijuana-related criminal record or living in an area that has a high rate of arrests and incarceration for marijuana-related offenses. Illinois also created a method for expunging marijuana-related records. Other states that legalized recreational cannabis were retroactively adding similar measures, Pedini said.

"In the early days, in Colorado, Washington, Oregon, we saw legalization but we didn't see any provisions for equity or restorative justice," they said. "And those early adopter states have since gone back and added provisions to their laws, to sort of remediate."

Monday's report was the latest development in a recent legalization push from Democratic Gov. Ralph Northam. Earlier in November, he announced a plan to set the state on course to legalize cannabis for recreational use. On Monday, Northam celebrated the work group's report.

"Virginia has studied the experience of other states and this report lays out a path forward that leads with social equity, public health, and public safety," he said in a statement.

The report is a continuation of a gradual loosening of restrictions on marijuana. Last January, Virginia lawmakers voted to decriminalize possession for personal use. It is now punishable with a $25 fine instead of the previous penalty of jail time and a $500 fee. At the time, advocates including Pedini hoped that would be a step toward full legalization and the establishment of a regulatory scheme. Lawmakers obliged by writing into the decriminalization law a requirement that Virginia's Secretaries of Agriculture and Forestry; Finance; Health and Human Resources; and Public Safety and Homeland Security convene a work group to study the impact of legalizing cannabis on Virginia.

The work group's recommendations were the second major report on cannabis out in Virginia. A report published Nov. 16 by Virginia's Joint Legislative Audit and Review Commission found that a legal marijuana market could employ as many as 18,000 people and generate millions of dollars in tax revenue. The commission noted that lawmakers would have to define limits on legal possession, establish a legal age for marijuana use, and decide whether people could grow their own plants. JLARC recommended the General Assembly consider authorizing licenses for cultivation and sales in order to create a commercial marketplace, and it found that other states allowed localities to opt-out of the marijuana business by limiting the number of retailers in their jurisdictions.

Ebbin, the Democratic state senator, said he would look to both reports to guide the bill he is drafting for the coming legislative session.

"We are ready and armed with the information we need to legalize cannabis in a thoughtful way," he said.

If lawmakers approve, Virginia will become the first state in the South where the sale of marijuana for recreational use is legal. Medical cannabis is already legal in the state for some patients.

Democrats hold power in both chambers of the General Assembly. It's not clear how Republicans will vote on legalization. "We're still talking about it," Garren Shipley, spokesperson for House of Delegates Republican Leader Todd Gilbert wrote DCist/WAMU in an email.