Accessibility links
Study Shows Islamophobia Is Growing In The U.S. Some Say It's Rising In Chicago, Too A local Muslim civil rights group says that trend is mirrored in Chicago and its suburbs. 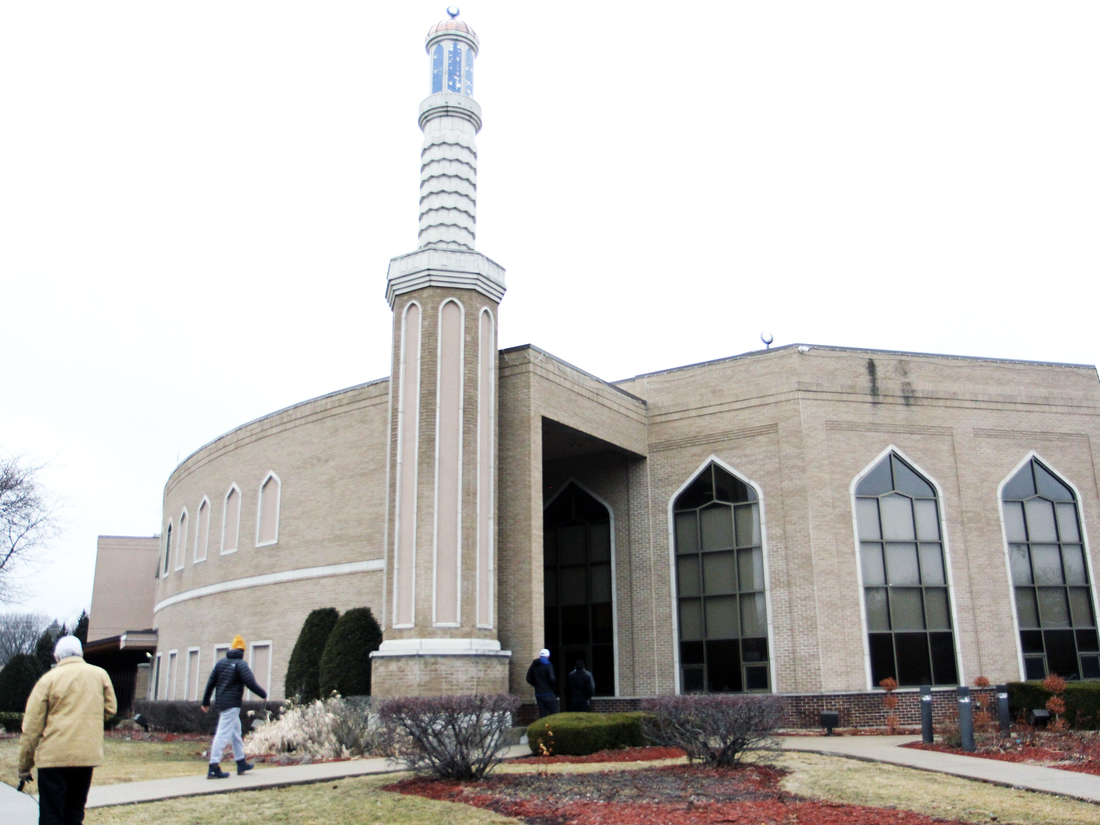 A mosque in Morton Grove. A new study from ISPU reports that fear of, and discrimination against, Muslims is on the rise nationwide. According to Sufyan Sohel, deputy director and attorney at the Chicago chapter of the Council on American-Islamic Relations, the trend is mirrored in the Chicago area. Esther Yoon-Ji Kang/WBEZ hide caption

Fear of, and discrimination against, Muslims is on the rise nationwide, according to a new report by the Institute for Social Policy and Understanding.

The study, released this week, includes an annual Islamophobia Index, conducted in collaboration with Georgetown University. It showed that negative public opinion of Muslims has increased in the United States in the past year.

The trend is mirrored in the Chicago area, according to Sufyan Sohel, deputy director and attorney at the Chicago chapter of the Council on American-Islamic Relations, or CAIR, a civil rights group.

"We're still running a 24-hour hotline at O'Hare airport, and we've seen the steady flow of calls since the [U.S.] Supreme Court upheld the Muslim ban last summer, and our office has seen a steady increase in reports of discrimination targeted at the Muslim-American community," Sohel said.

He added that these calls include reports of hate mail, anti-Muslim graffiti on sidewalks of homes, vandalization and shots fired at mosques and death threats over the phone, which Sohel himself has experienced. He added that mosques are currently beefing up security, especially with Ramadan starting on May 5.

Nationally, Muslims account for 1% of the population; in Chicago, they make up at least 2%, according to Besheer Mohamed, a senior researcher at Pew Research Center. In 2010, the Chicago area was second only to New York in the number of Muslim mosques and congregants. Ihsan Bagby, an associate professor of Arabic and Islamic studies at the University of Kentucky who conducted the 2010 count, says that with Islam being the fastest-growing religion in the U.S., the Chicago area likely saw a 25% increase in the number of mosques in the last decade.

While this number is dwarfed by the 50% to 70% growth in cities like Dallas and Atlanta, according to Bagby, the Chicago area still has a higher percentage of Muslims than most U.S. cities. CAIR-Chicago's Sohel estimates that there are between 350,000 and 500,000 Muslims in the area.

The ISPU report found that Jewish and Hispanic Americans are most favorable toward Muslims, and white evangelicals were the least. About 44% of white evangelicals held unfavorable views on Muslims. The study also revealed that those with Islamophobic views were also least likely to know a Muslim person.

The ISPU's Dalia Mogahed, co-author of the report, said that while not everyone is able to befriend a Muslim — particularly in less diverse suburban and rural communities — most people have access to information about Islam.

"I'm certainly not expecting people to become scholars of Islam, but if we live in a democracy, we should read just enough to be critical thinkers and voters," Mogahed said. "Islamophobia has become a tool to get people to agree to a certain policy, and that's hurting our democracy."'

She added that the recent San Diego synagogue shooting and the New Zealand mosque attack were symptoms of the same problem.

The ISPU study also examined civic engagement and religious life among Muslim Americans. While Muslims were least likely among other religious groups to express approval of President Trump, they were also the only group to indicate growing optimism about the direction of the country.

Mogahed said the poll was conducted in January when respondents had just witnessed the election of two Muslim women — Reps. Ilhan Omar, D-Minn., and Rashida Tlaib, D-Mich. — to Congress.

"They were sworn in on Qurans, and it was symbolic and beautiful, and it made a lot of people feel seen and enfranchised," Mogahed said. But after the recent threats against Rep. Omar and President Trump's tweets about her, if the poll were taken today, she said "things may be different now."

The study also found that religiosity — as measured by the level of personal spiritual engagement and frequency of attendance to a house of worship — was not linked to Islamophobia.

"The issue isn't about an interfaith misunderstanding," Mogahed said. "It's an issue of political ideology."

Sohel added that Islamophobia has been used as a political tool. "When we otherize other groups, we're able to build power over our own groups, and I think it's been effective for our current administration to take power [using] the marginalization of Muslims and other disenfranchised groups," he said.

He added that Muslims' civic engagement in the Chicago area will be particularly important in 2020. CAIR-Chicago is working with other organizations to mobilize voters in the 2020 election and to ensure that the Muslim community is counted in the census next year.