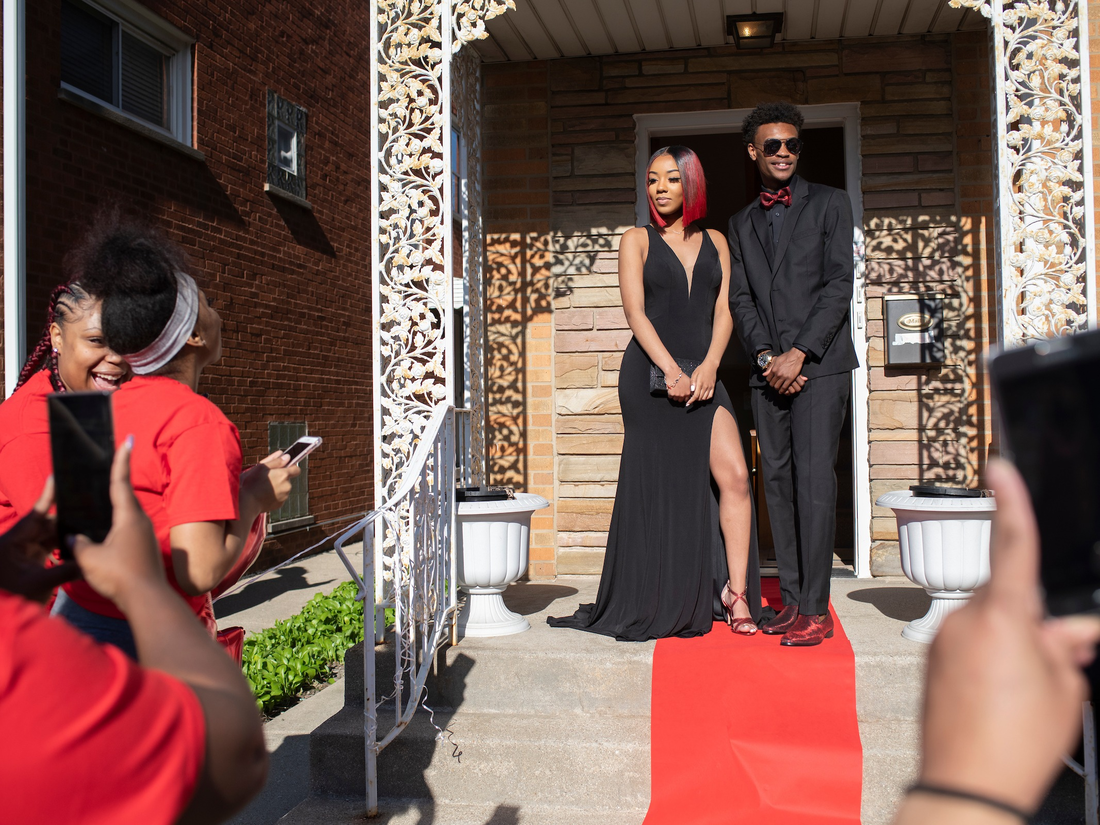 Dvouzier Donahue looks like he is ready for the Oscars. The 17-year-old wears a fitted black tuxedo with a black-and-red bow tie that matches his shoes. His date, Zharia Swopes, wears a slinky black dress.

They're gathered in the Donahue family's modest apartment in southwest suburban Riverside. It's been magically transformed into a photo studio, complete with a backdrop celebrating Dvouzier and Zharia, a red carpet and adoring fans wearing bright red Dvouzier and Zharia T-shirts. 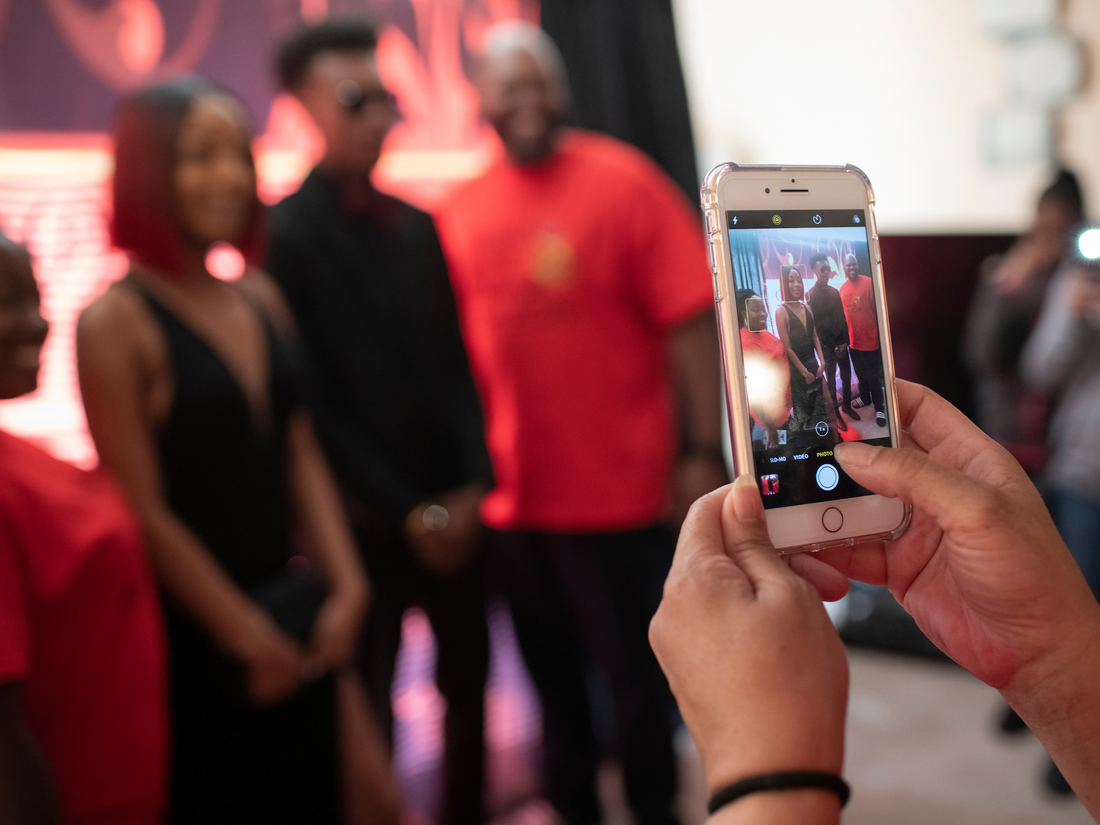 It's prom night. And this is the party before the party: The prom send-off.

"I am doing this for him because this is what he wants, and I feel like he worked so hard to get to where he is," said Tatiana Donahue, Dvouzier's mom. 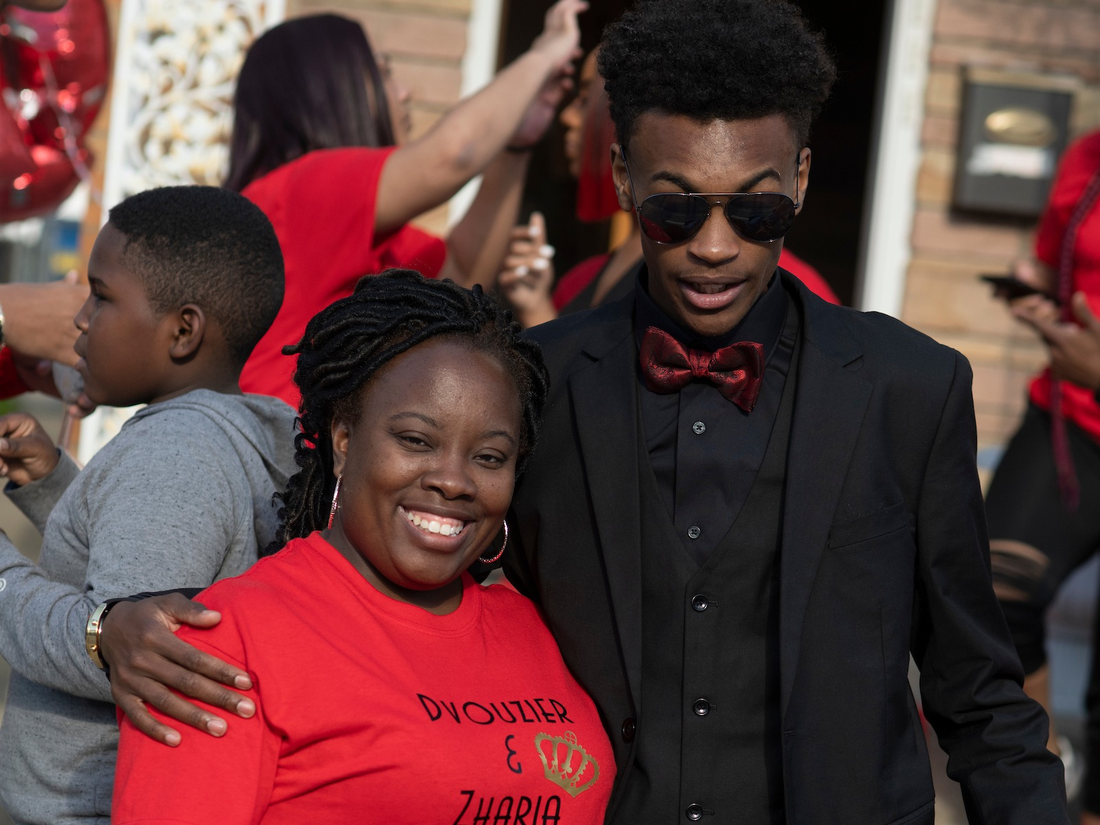 The Donahues are just one of many families in the Chicago area that organize this colorful pre-event — a tradition that has particularly taken off among African American families.

Tatiana and her husband, Kevin, hired event organizer Pajae Griller to take care of key details, including a sweets table, balloons and the backdrop. All important elements in a traditional prom send-off were there. The theme was royalty, and the Donahues went all out. 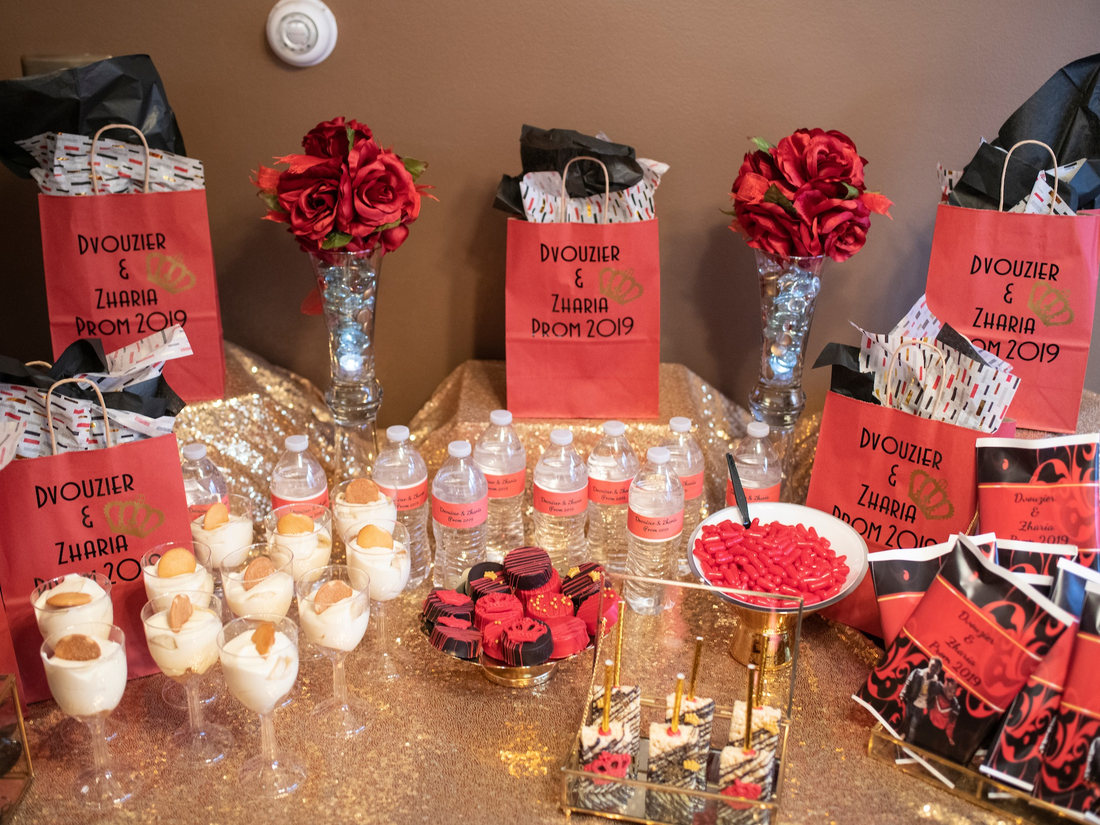 "Send-offs are becoming a culture," Griller said. Her business is called Elegant Galas. "It's a party, it's almost like a small family reunion." The guests hang out for the evening, waiting for the teens to return. "We are gonna be sitting there like 'OK, did you have a good time? Let me see the pictures.'"

This prom season, Griller is planning about 30 other send-offs. And she's not the only one. Type in "prom send-off" on social media and you'll see package deals on arches, treats, thrones and photography. Last year, Griller planned a Beauty and the Beast-themed send-off for the Donahues' oldest daughter. 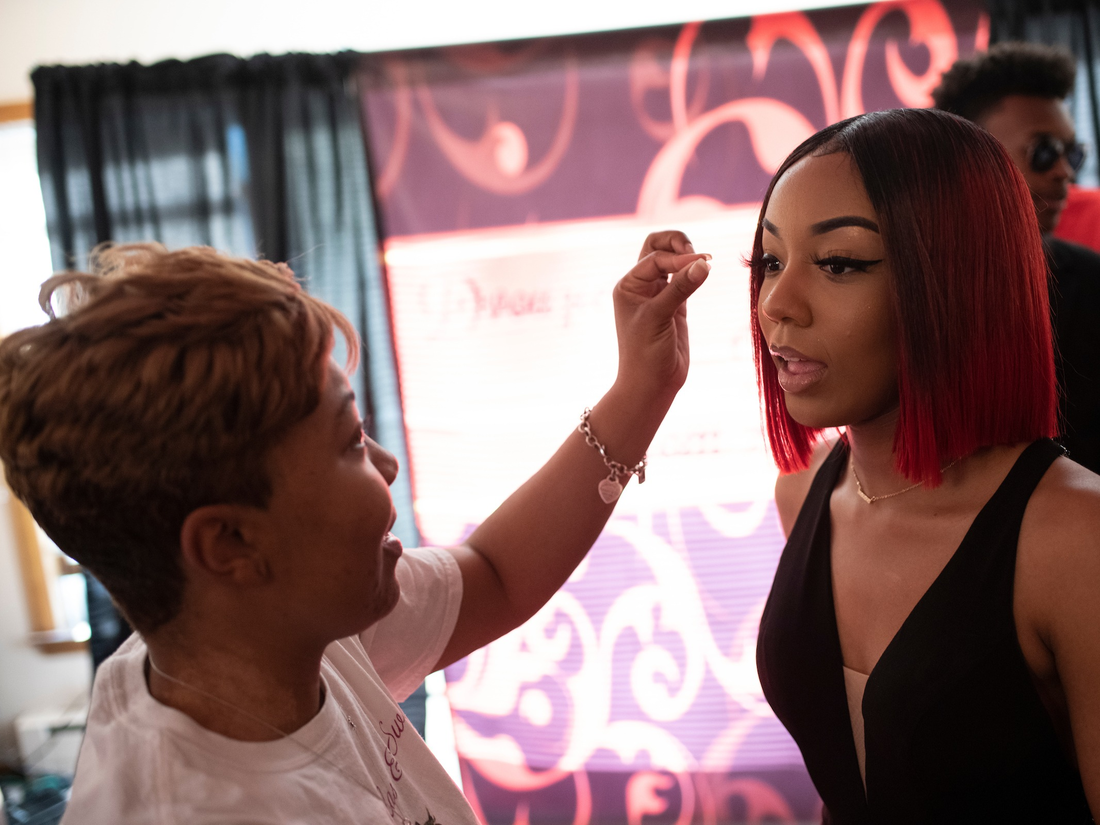 "I have a checklist from each prom I am working on," Griller said. "Everybody has the same attention. I try to make sure that this is an easy phase for mom and dad."

Griller said in recent years, prom send-offs have become bigger and more extravagant. Some families spend thousands of dollars renting banquet halls and luxury cars. "They just get bigger and larger and larger, from helicopters to Lamborghinis and Porsches," she said. 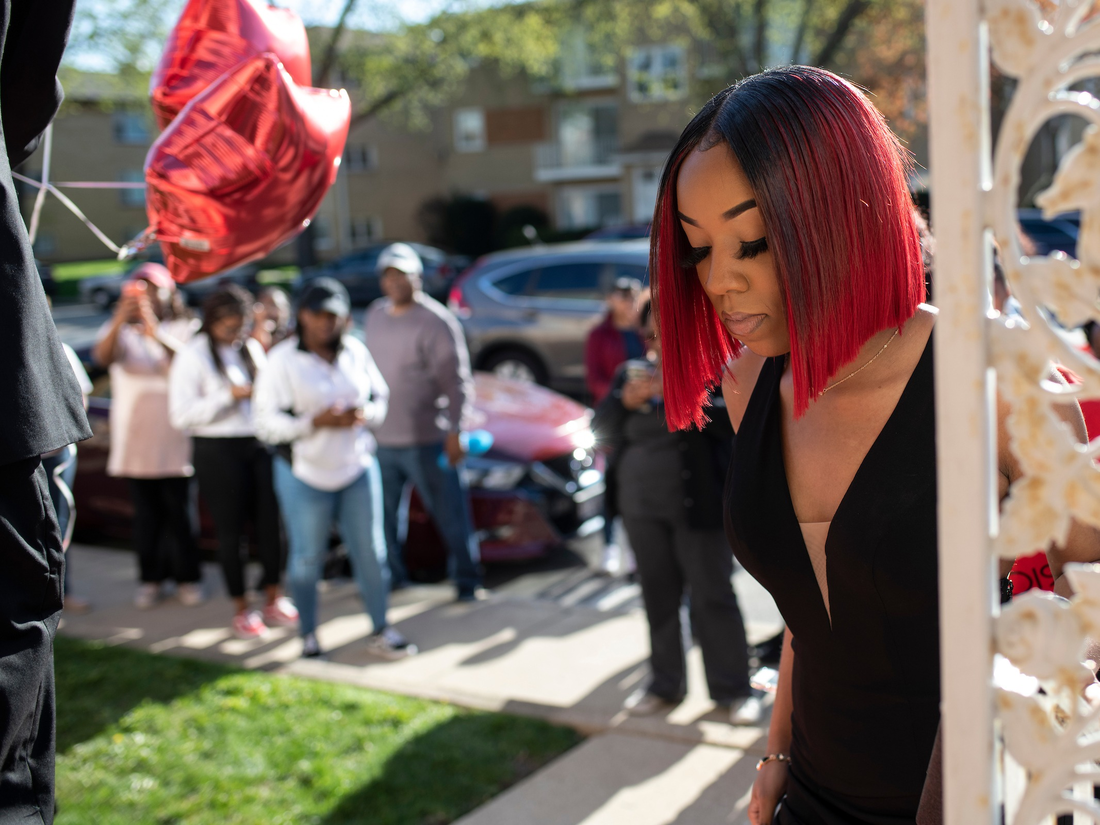 Tatiana and her husband are more low-key. They are working parents who are also going to school.

But they still wanted their son to feel special. They spent about $1,200 on his send-off. Tatiana followed a list of requests her son made, but she said she vetoed a few things like a throne and a crown.

"I am not gonna rent a chair for [him] to sit in for 15 minutes," she said. "He also wanted a red Mercedes-Benz rented for him — so we had to veto that as well." 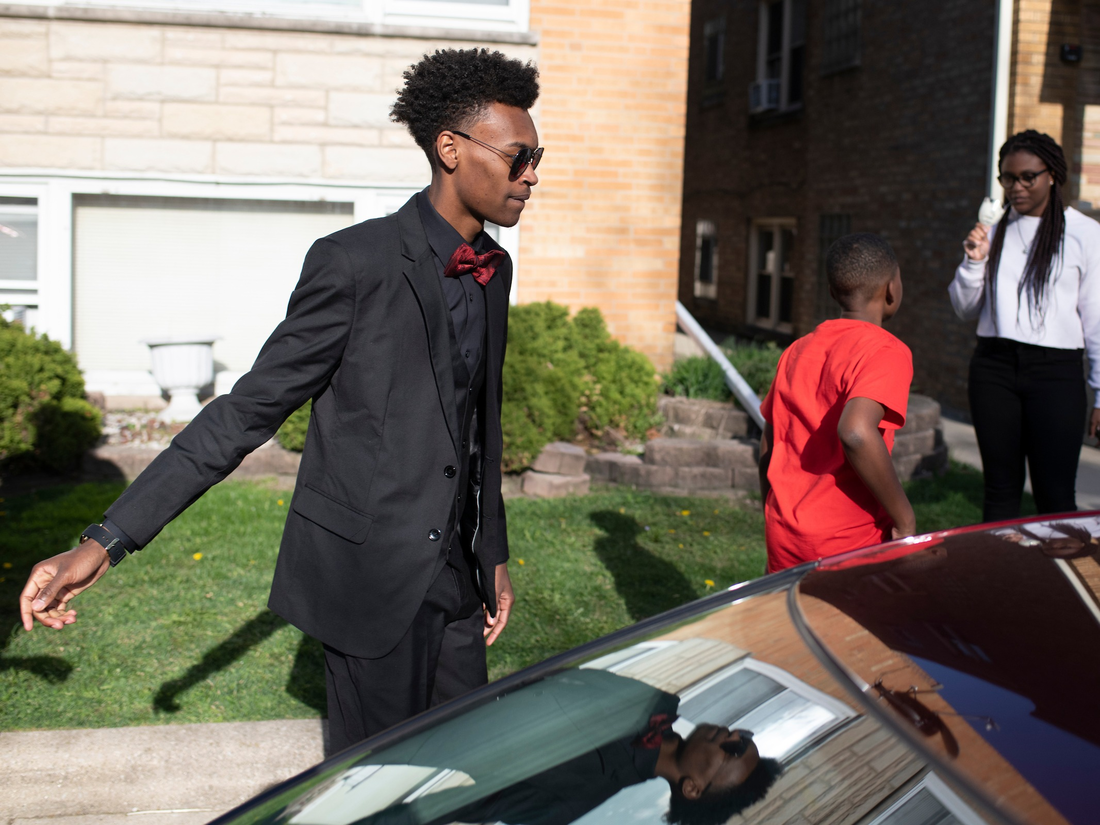 The Donahues moved with their five kids, now mostly teenagers, to Riverside in 2017 after a fire nearly destroyed their North Lawndale home on Chicago's West Side. Tatiana said her children have adapted well to their new community and their new school, Riverside Brookfield High School.

Tatiana is proud to see her kids making it through high school, despite the challenges they faced growing up in a rough neighborhood.

"The way they took to school, I [started] to see those little makeshift memorials and people were dying where my children were walking or catching the bus," she said. "I am just thankful they didn't become a product of their environment."

Two years later, Dvouzier enjoyed every moment of his send-off. 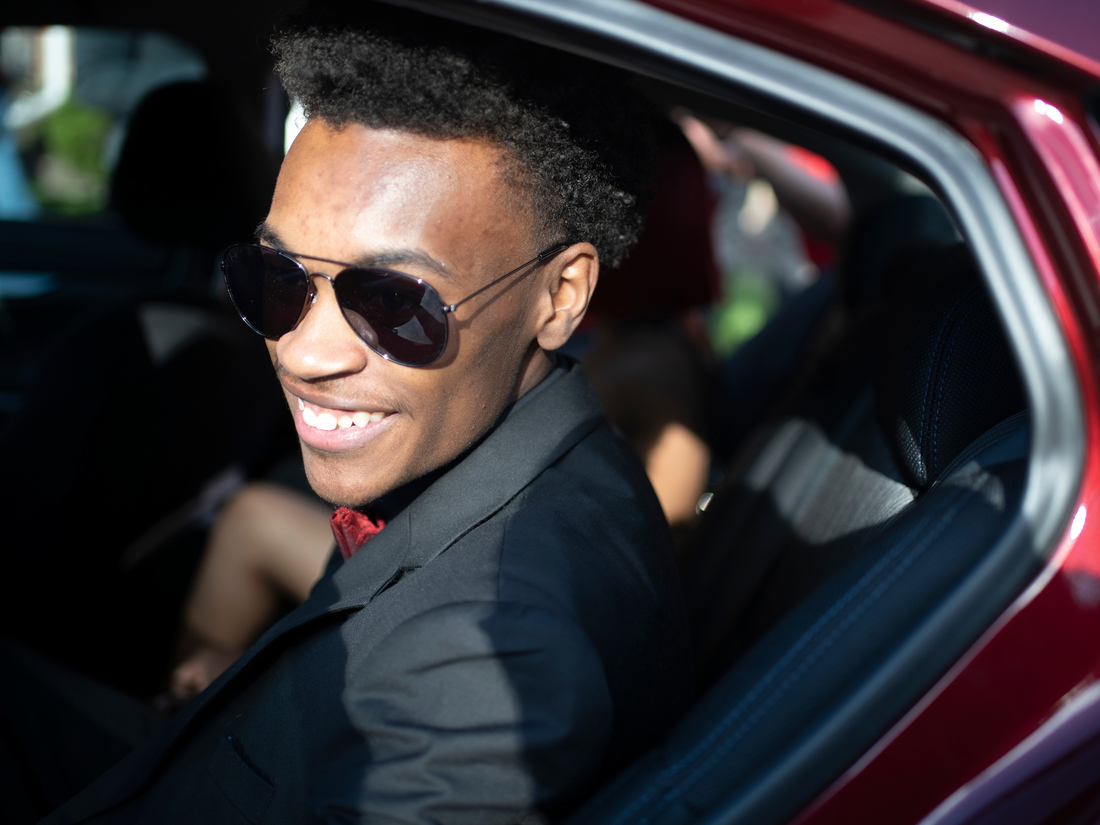 "I feel rich," Dvouzier said during the party. "It's as good as I wanted it to be."

After pictures in the the living room, a few guest rolled out the carpet once again outside for more pictures. 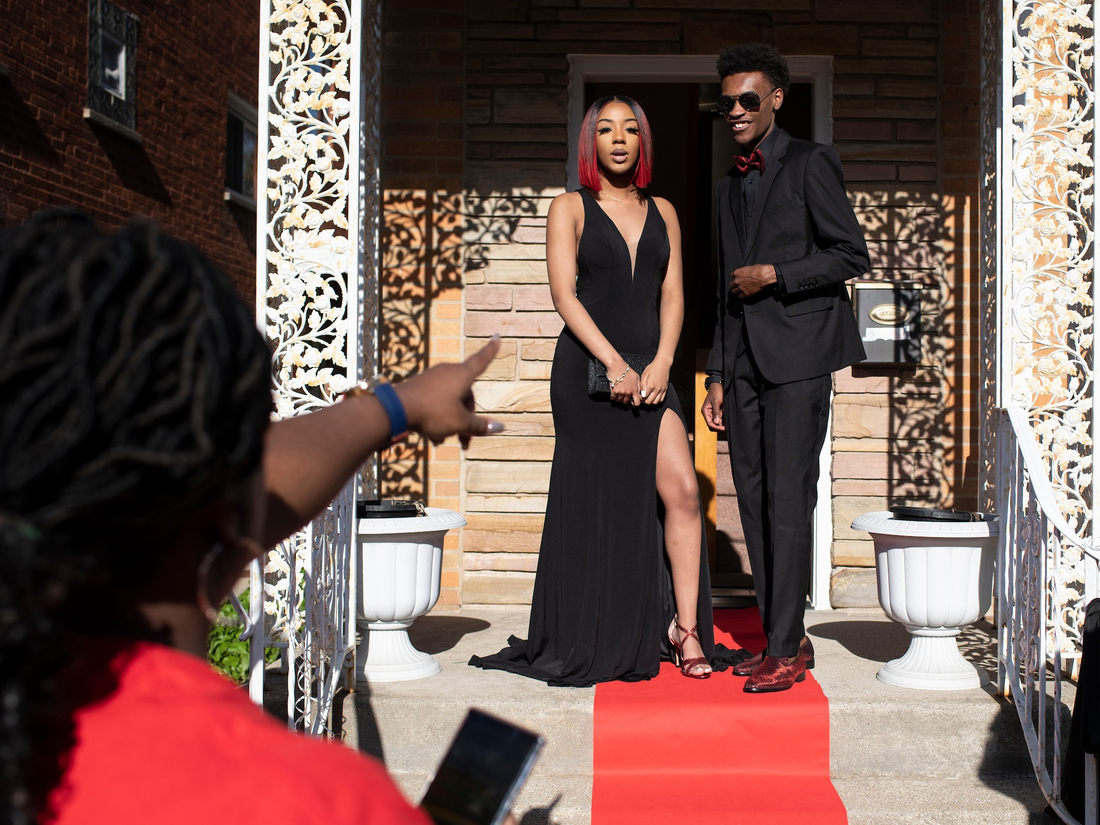 Then, Dvouzier's dad chauffeured the young couple to prom in a shiny Nissan Altima they borrowed for the evening. 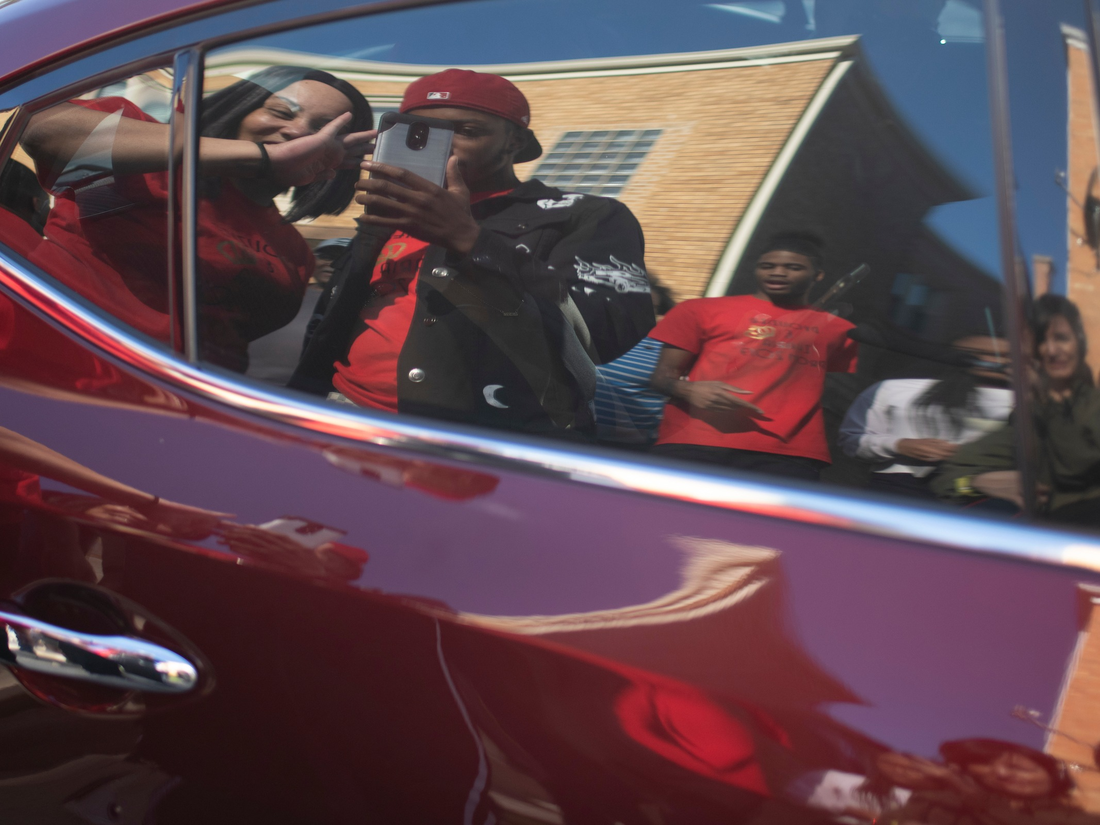 "The kids need to be celebrated," Tatiana said. "They don't want to feel like they worked this hard for nothing and nobody is paying attention. When they do their part, our job as parents is to do our part."