How Far Should Mayor Lightfoot Go To Curb Chicago Aldermen?

How Far Should Mayor Lightfoot Go To Curb Chicago Aldermen? 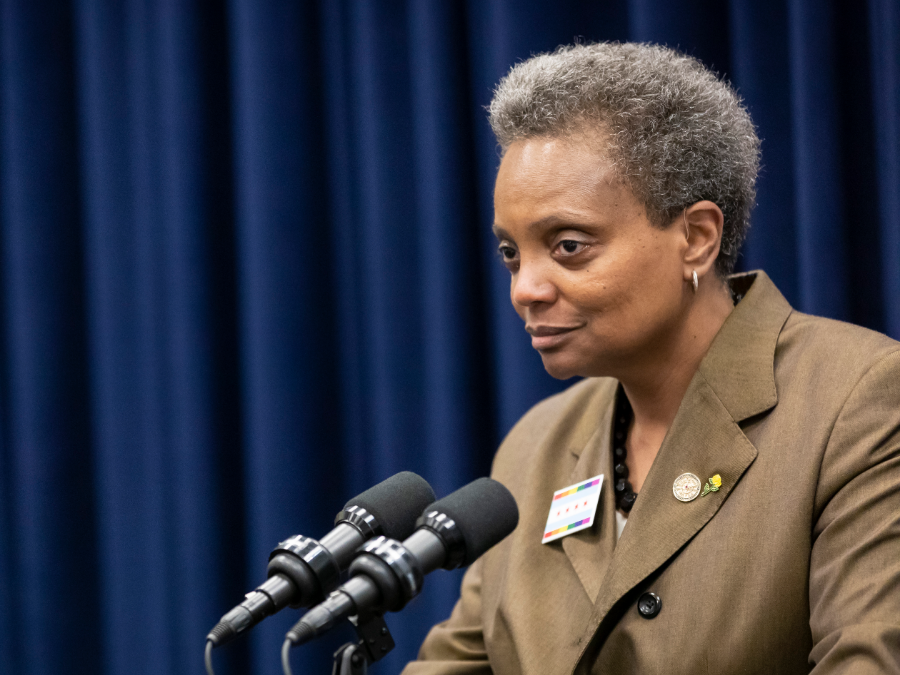 John Pikarski has been a zoning attorney in Chicago since 1969. Like many in his field, he's seen the good and bad of an unofficial practice that's as Chicago as the precinct captain and the ward boss.

It's called aldermanic prerogative — or privilege — depending on who you ask.

It's a custom at City Hall that's not written in city code. But it's embedded in city tradition. When your garbage cart disappears or the tree on your block becomes a safety hazard, chances are you're told to "call your alderman."

But in addition to services, aldermen have had significant control — often the last word — in what their ward looks like, what gets built and who gets to open a business.

Pikarski said he was "unpleasantly surprised" at how the term "aldermanic privilege" spiraled into one of the biggest election issues of 2019.

"It really exhibits a lack of real knowledge of the workings of the system," Pikarski said. "While it had headline quality, it should not have been exploited."

In fact, Pikarski called both variations of the term pejorative.

"I would call it aldermanic input," he said.

Aldermen yield significant authority to reject, accept, expedite, delay, or hold hostage any kind of approval someone might need from City Hall: from block party permits to new road signs to the building permits and zoning changes necessary to build a home, a high rise, a new shopping center.

At least, that's how it used to be.

On day one, Mayor Lightfoot pulls back aldermanic power

Immediately after her inauguration, Mayor Lori Lightfoot signed an executive order she said would be a first step in ending aldermanic prerogative in the city.

"It's really important for me to make good on the promise we ran on about bringing the change we wanted in the city," Lightfoot said at the signing ceremony.

The order won't do away with "aldermanic input" or the way aldermen conduct their daily business, Lightfoot said.

"[This] is ending the unilateral, unchecked power that aldermen have to control virtually every aspect of business and community life that interacts with the city."

On Thursday, the mayor's office updated aldermen on the order. Aldermen were surprised at the expanded list of items that would no longer be under their purview, like Divvy bike stations and tree trimming requests, special service area appointments and budgets.

The aldermanic letter of approval, often included in every one of those applications, won't be needed anymore, the aldermen were told. When the order takes effect on July 19th, aldermen will only be notified of such requests.

Some of the changes to *aldermanic prerogative* discussed at today’s briefing with aldermen.

I like that the prior process to obtain a garbage 🗑 in Chicago was “phone call.” pic.twitter.com/15U5tMHe1y

"A portion of what's called aldermanic privilege is what's alleged to have occurred with [Burke] and the Burger King," Acosta said "That was not a zoning issue, that was a building permit issue and a driveway permit issue."

But zoning applications — including those aldermen can file for whatever block they want, whenever they want — were left off of the list. The broad authority to determine if a block is zoned for residential, commercial or manufacturing use is a frequent tool aldermen employ to control or limit development they don't want.

It happened at the first routine meeting of the council's Zoning Committee. Last Tuesday, Ald. Roberto Maldonado, 26th Ward, of Humboldt Park went before the Zoning Committee with five applications to downzone parts of his rapidly gentrifying ward.

The zoning designation determines how big a house can be — like single family or four-flat — how many patrons a restaurant can serve, and what types of commercial properties are permitted. In Chicago, aldermen are allowed to change that designation whenever they want to whatever they want. In doing so, they call it a "planning tool."

DATA: See how often aldermen use their prerogative to rezone lots in their ward

"This is just a one first step to make sure the community has a say-so in terms of what's going to be developed," Maldonado explained at the meeting. "The community already had enough and we want to make sure that the community is heard in any future development in that ward, because otherwise working families will not have a place to live in the next four or five years."

Chethan Shetty, one of the property owners impacted by Maldonado's zoning changes, was outraged and brought an attorney to the zoning committee meeting. Shetty purchased a property in 2018 expecting to upzone it under the same requirements as other two- and three-flats on his block. But the block had already been downzoned, meaning even a three-flat wasn't allowed.

On Tuesday, Maldonado reclassified Shetty's property to the lowest density classification in the code, that of a single family home. That means any improvements to the lot would be illegal.

"He rezoned it with no standards at all. That's not acceptable," Warren E. Silver, of the Silver Law Office told WBEZ. He and his wife represent Shetty.

"The mayor has outlined really good tools in her transition report to encourage affordable housing that don't require a property owner to go hat in hand to the alderman," Silver said.

Developers have already gone after Maldonado for doing something similar around The 606. The city has litigated and continues to litigate several cases that essentially involve an alderman stripping blocks of their original zoning in ways that aren't in line with the zoning code.

"These cases are time consuming and expensive," said Pikarski. He once took the city to court to amend 17 parcels on the Northwest Side that had been arbitrarily rezoned by the alderman to limit density.

"When the privilege is exercised to secure things we consider a public good, more affordable housing, nobody seems to object to it, even though it is the exact same procedure that is used when an alderman decides he's going to allow a development to move forward," Acosta said. "At that point, everyone wants to decry that's a bad practice."

But Pikarski, Acosta and other zoning attorneys who spoke to WBEZ on background expressed doubt that the mayor could follow through on her promise to include the zoning process in her efforts to curb aldermanic prerogative, adding the system works just fine the way it is.

"Why would you even have an alderman if it does end?" asked one 30-year zoning attorney who asked not to be named. "I'm not holding my breath." 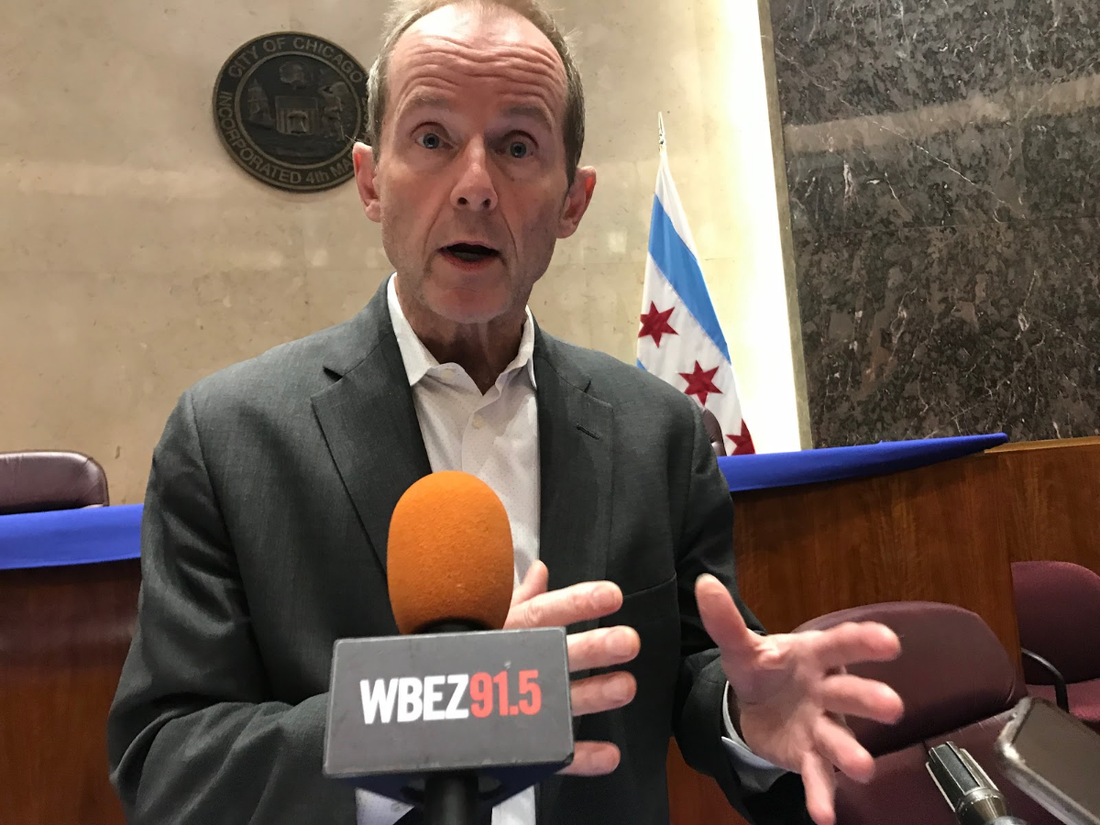 Newly installed Zoning Committee Chairman Tom Tunney, 44th Ward, has spoken in support of local control when it comes to zoning. He represents Wrigley Field and has had high-profile zoning disputes with the Cubs' owners.

"I said to the mayor, 'Take away the zoning power of the alderman in his or her community, that's not good. I don't think it's good because this building [City Hall] doesn't know what's going on in 50 wards, you know?'"

"[Aldermen] better be involved in every project and every development that needs some zoning help," Tunney added. "And I think that kind of attention to detail is why the alderman is sitting in that seat."

As for the Maldonado case, Tunney said as long as aldermen are transparent about why they are rezoning property, it shouldn't be an issue.