Accessibility links
Lupe Fiasco Grew Up With Martial Arts — Then Went To China To 'Study With The Masters' The Chicago rapper's passion and family ties to martial arts take him on a journey through China in a new video series. 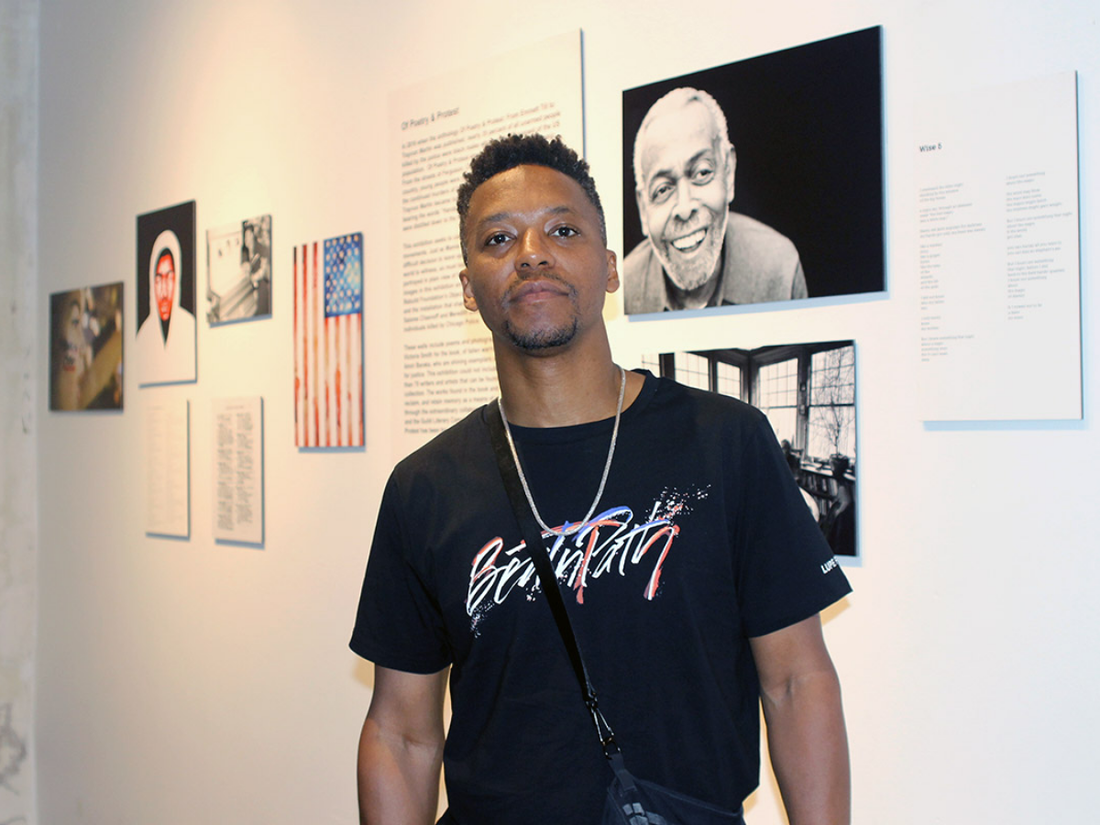 Fiasco, whose real name is Wasalu Muhammad Jaco, said he learned martial arts from his father. Now, after a recent trip to China, he's releasing a new docu-series and supporting a new cultural program right here in Chicago to honor his family's legacy.

In China, he visited the Shaolin Temple, learned traditional Chinese martial arts, watched Sichuan face-changing opera — which he described as a mix of "kung fu meets performance arts meets ballet." He even worked with a sword maker to create traditional Chinese weaponry.

Fiasco's new docu-series, Beat N' Path, follows his exploration of China's culture and history. He screened the series Tuesday for friends and family at the Stony Island Arts Bank, which is next to where his father's martial arts school stood in the 1980s and '90s.

"Try and study with the masters"

Beat N' Path pays homage to his father, Gregory Jaco, who did martial arts for more than 40 years.

"[My father] said if we ever get the opportunity, go back to the countries of origin where these martial arts started," he said. "Try and study with the masters ... at the schools where these things originated."

Fiasco, 37, and his sister, Ayesha Jaco, grew up in their father's school, absorbing all the learning and culture that came along with it. He said the trip was like coming full circle.

"It literally started here," he said of the block where the Stony Island Arts Bank now stands. "My martial arts tradition started here right next door, and this bank was a part of it."

"Make your community better than you found it"

Although the docu-series celebrates the exploration of Chinese culture, the Beat N' Path project also serves as the launch of an arts and culture programming here at home. The project partnered with Rebuild Foundation, which runs Stony Island Arts Bank and reopened the former bank building as a neighborhood space in 2015. Proceeds from his newly released song, "Air China," will help fund that programming.

"We were born into the martial arts ... we were babies born into it — at the karate class, at the dojo, running around," Fiasco said. "And so this area, in this community, is like the epicenter for me. My first memories are of this of this place."

His sister, who is Rebuild Foundation's 2019 dancer in residence, said that work in the community is an important part of upholding their father's legacy. The project is in partnership with the second phase of her Rebuild fellowship, called "Black Samurai."

"He told us your role, no matter what it is that you do, is to make your community better than you found it," she said. "And so for Lupe, he chose music and philanthropy. ... For me, it was dance."

Lupe Fiasco produced Beat N' Path with Hong Kong-based Studio SV, which he created with his partner, Bonnie Chan Woo. Simon Yin directed the series, which can be streamed at lupefiascobnp.com.

Arionne Nettles is a digital producer at WBEZ covering arts and culture. Follow her on Twitter at @arionnenettles.