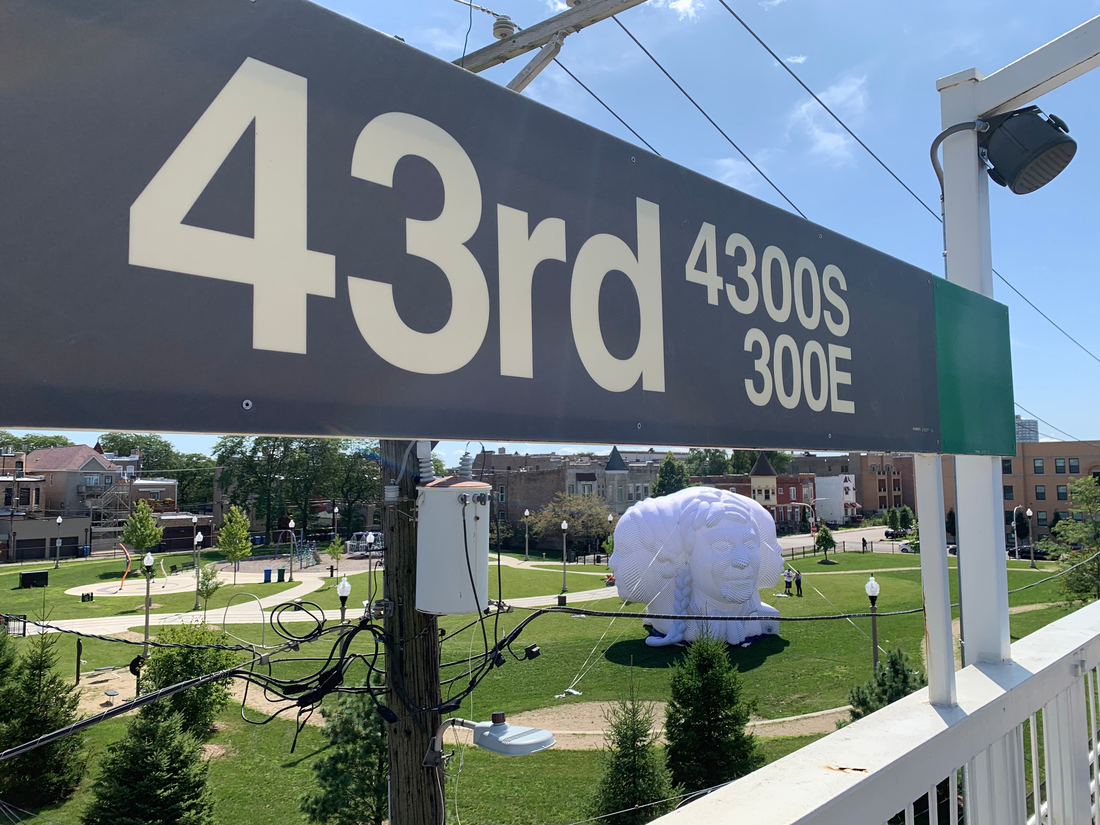 Jeremiah Hulsebos-Spofford said when some kids see the Founders sculpture they ask if it's a bouncy house. Hulsebos-Spofford, a member of the art collective known as the Floating Museum, joked the group is considering that for their next work.

Avery R. Young, Andrew Schachman and Faheem Majeed are the other members of the collective.

"The idea was to make a mobile monument that is looking at important historical figures in Chicago," he said at Pendleton Park in Chicago's Bronzeville neighborhood.

The work depicts the busts of Jean Baptiste Point du Sable, known as the founder of the settlement that later became Chicago, and Harold Washington, Chicago's first black mayor. 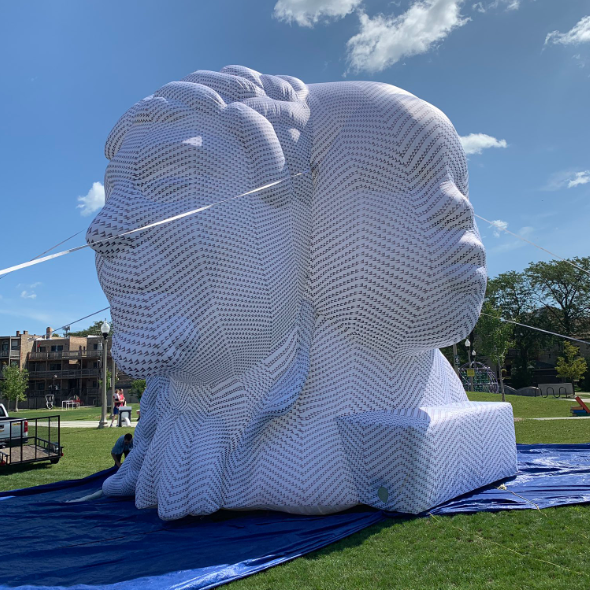 Every Wednesday this summer, Founders has been moving to a different park along the CTA Green Line train tracks. Hulsebos-Spofford said the group chose that route because its tracks — which span the West and South Sides and downtown — travels through "a lot of neighborhoods where important cultural work is happening.

The sculpture also depicts the likeness of Kitihawa from the Potawatomi tribe, who was married to du Sable. The collective based her portrayal on the face of a local artist named Monica Rickert-Bolter, who is also of Potawatomi descent. They used photos and a 3D scan of her head to create the image.

"I'm very proud to be Potawatomi and to have something that actually represents a Potawatomi woman," Rickert-Bolter said.

The Floating Museum also has an exhibit in two train cars on the Green Line. Rickert-Bolter created a pastel drawing of Kitihawa for it, and offered guidance on which artifacts, patterns and designs from the Potawatomi tribe to use for the inflatable sculpture.

Hulsebos-Spofford said Founders has been a conversation starter.

"We're really excited when people come up and want to talk about who the people represented are," Hulsebos-Spofford said.

He added that the large size of the work makes it "magnetic."

The Floating Museum's Founders sculpture is scheduled to travel to Fuller Park and Garfield Park in September.