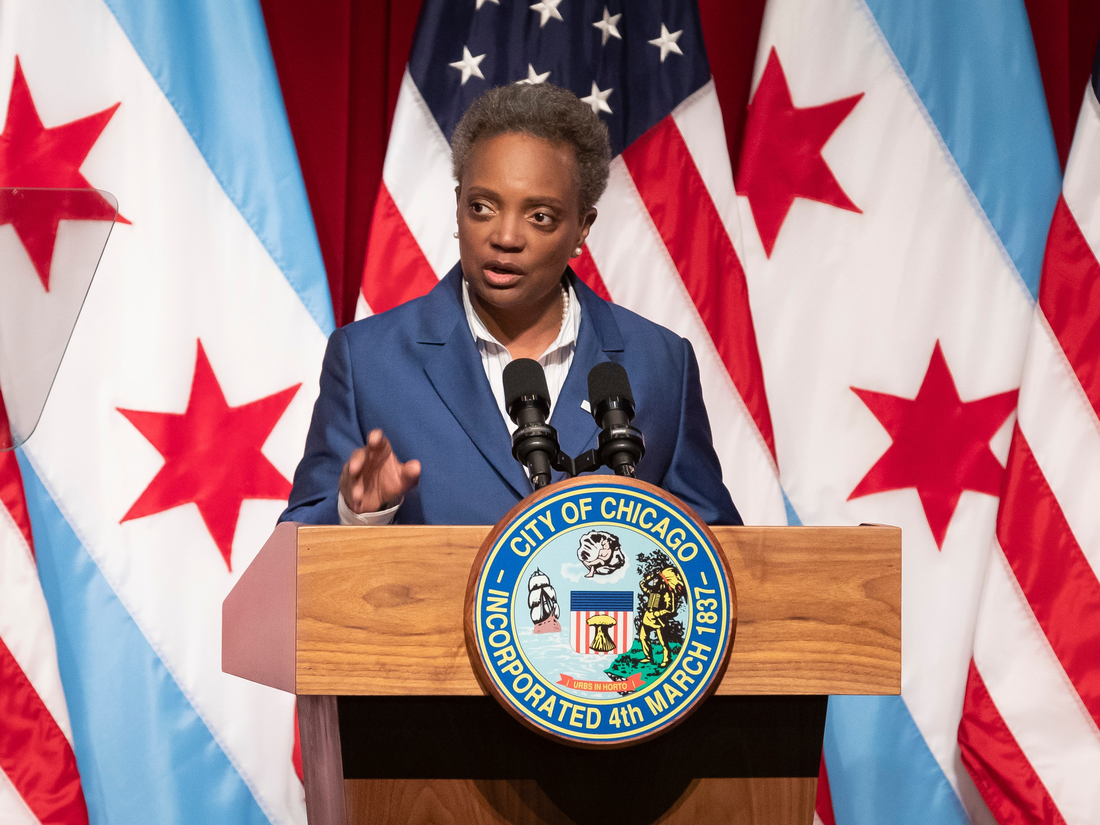 Lightfoot, who revealed the "staggeringly large" number during a rare prime-time speech at Harold Washington Library, only spoke in broad strokes about how she might close that gap. But she did tip her hand about what she deemed "reasonable" revenue options, including one to address "rampant congestion," the city's soon-to-be-legal recreational marijuana industry and a graduated tax on real estate transactions.

"We have some hard choices to make. There is no doubt about that, and I will not sugarcoat that reality," Lightfoot said. "But I am confident, with the incredible talent in this city, working together we can make the necessary choices that will put us on sound fiscal footing not just for today, but for the future."

Lightfoot said she "fundamentally rejected" a large property tax increase, massive borrowing plan and short-changing pensions. But she also said City Hall is pursuing a way to deliver Chicago's first-ever casino — a plan that was seemingly delayed this month when an independent study found the state's tax burden on a recently approved casino would be too "onerous" to be profitable.

Changing that law would require Lightfoot to gain approval from state lawmakers.

"If we don't secure this casino and the revenue it generates, we will be forced to make painful choices on finding other revenue sources, and we all know what those are, the sources we wish to avoid," Lightfoot said.

The mayor said that in the first 100 days of her administration she has "taken important steps to professionalize" the $100 million-per-year workers compensation program. Lightfoot also noted that she hired a Chief Risk Officer to identify problems "before they become a costly mess" and has started looking at borrowing practices to save money.

Lightfoot said that in her first 100 days in office contracts with vendors who don't deliver have been canceled, and she has cracked down on absentee employees.

"In addition to these initial efforts to get our fiscal house in order, and disrupt the status quo, we have also taken steps to better invest in our people and our neighborhoods," she said. "Our long-term solution out of this fiscal mess must be premised on a growth strategy that deals in all of our neighborhoods."

The role of unfunded pensions and debt

Chicago's ongoing financial problems stem largely from the amount of debt it owes and the size of its unfunded pension obligations. Lightfood said about a third comes from increased pensions, another third from labor costs and $100 million from increases in servicing city debt.

"To put this in perspective, folks, for every dollar you pay to the city, 80 cents goes to pay for the cost of personnel and benefits, along with pensions," Lightfoot said.

The mayor reiterated Thursday night that she is not ruling out any options when it comes to closing next year's budget gap, though she specified that she hopes to avoid another unpopular property tax hike. 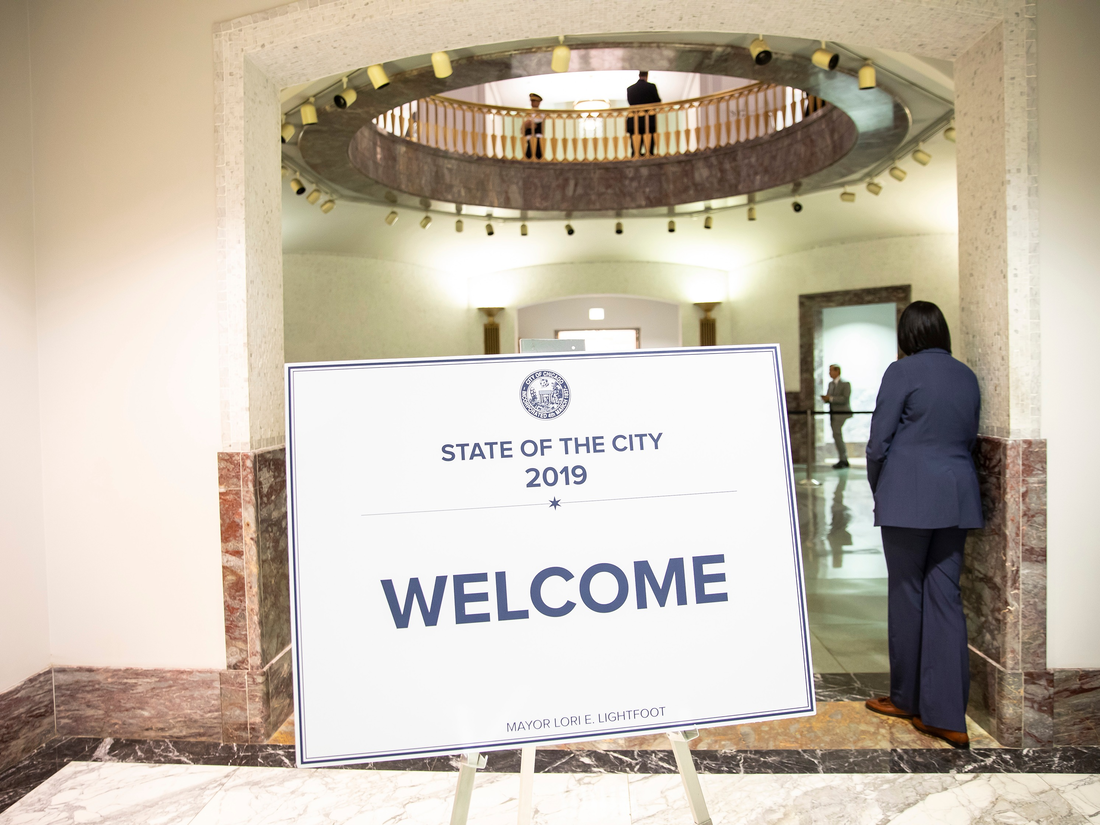 But in a nod to Springfield lawmakers — who must approve changes to the state's pension laws — Lightfoot said, "If we don't get the structural changes that our pensions need, we will be presented with very hard and limited options." The mayor didn't offer specifics on what kind of changes she's calling for.

Next year, the city must contribute an additional $121 million to its pension funds in order to keep them on the path to solvency. And the city's required pension payments will have jumped by nearly $1 billion a year by 2024.

It must also pay about $650 million in debt service. In recent years, the city has used borrowed money in order to help balance budgets and pay for short-term services.

Lightfoot has said in the past that she will have to raise more revenue in order to balance next year's budget. Her formal budget proposal will be released after an address to the City Council on Oct. 23.

Emanuel passed a record property tax hike in 2015 — after winning a second term in office. Homeowners have seen the phased-in increases annually since then.

Lightfoot did, however, squash the possibility of the city selling off any more of its assets, as Mayor Richard M. Daley infamously did when he privatized the city's parking meters in 2008 for a one-time payment of $1.15 billion.

'Scouring every department' to save money

Last week, Lightfoot's administration issued a hiring freeze across all city departments. The move impacted about 3,000 open positions, or about 9% of the current workforce, according to Kristen Cabanban, a spokeswoman for the city's Office of Budget and Management.

This week, Lightfoot has been meeting with all 50 aldermen who represent Chicago's neighborhoods in the City Council. Susan Sadlowski Garza, 10th Ward, represents the Far Southeast Side and said that while cuts did not come up in the briefing, it's clear the mayor's administration is looking for efficiencies inside City Hall.

"They're literally scouring every department, every budget to see where we can save money," Garza said Wednesday.

Jeanette Taylor, 20th Ward, a freshman alderman who represents parts of Englewood and the neighborhoods to the south and west of the University of Chicago, said Lightfoot needs to take a hard look at where the city spends money and resources in her first budget. 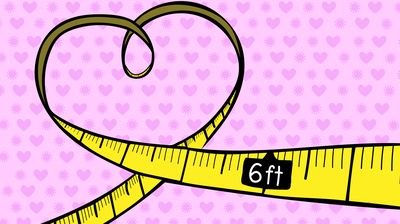 From virtual dates to getting stuck together on a boat, here's how Chicagoans are navigating love and dating during the pandemic. Katherine Nagasawa/WBEZ hide caption

Six Feet Of Separation: Your Stories Of Love And Dating During COVID-19

April 8, 2020 • From virtual dates to getting stuck together on a boat, here's how Chicagoans are navigating love and dating during the pandemic. 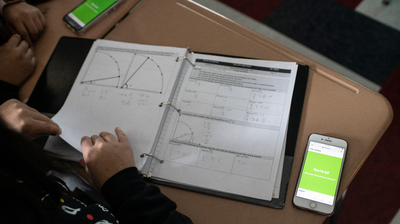 Computer access and know-how varies from one Chicago public school to the next. Marc Monaghan/WBEZ hide caption

CPS Remote Learning Begins Monday. What That Looks Like Depends On Where You Live

CPS Remote Learning Begins Monday. What That Looks Like Depends On Where You Live 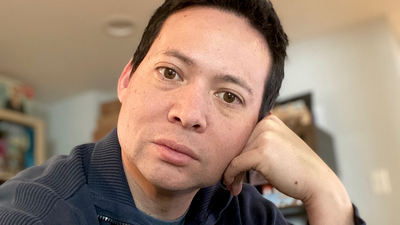 April 7, 2020 • Michael Bane's essay on getting COVID-19 spread widely on Facebook. Now, he's home and recovering, but still in isolation. 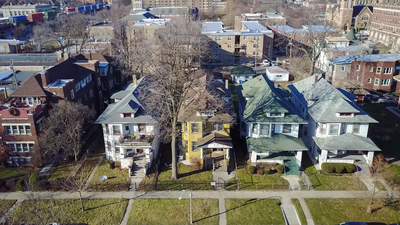 The impact of the momentous endeavor won't be seen on individual tax bills until 2021. Manuel Martinez/WBEZ hide caption 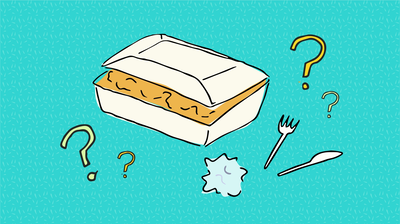 April 6, 2020 • Using its vast trove of data, the food delivery service Grubhub figured out which dishes surged in popularity among Chicagoans in March. 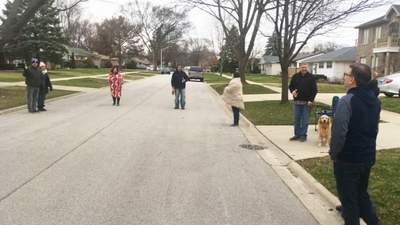 April 6, 2020 • Besides drinking, the friends just sort of shout down the block or across the street at one another.