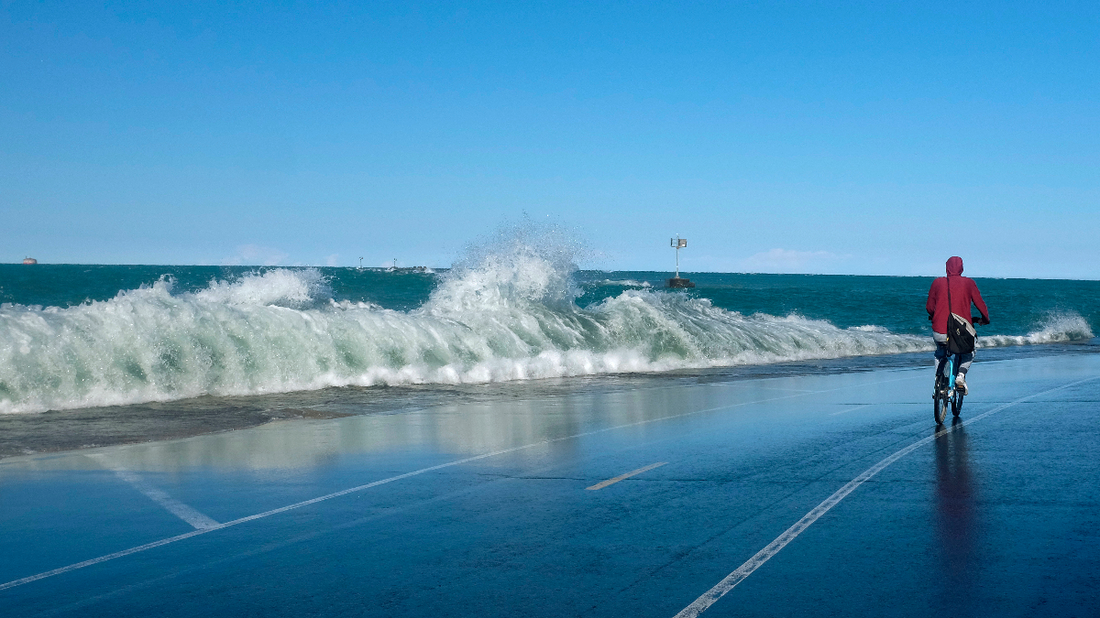 High water levels on Lake Michigan this summer have been freaking people out. They've battered the Chicago shoreline, submerged walking paths and swallowed up whole beaches around the lake.

They also inspired one anonymous Curious Citizen to ask:

Well, these days it's easy to imagine that we'll soon be canoeing down Lake Shore Drive.

But will lake levels continue to rise? Or can we expect the opposite? To find out, we talked to experts who specialize in Great Lakes hydrology, predictive modeling and coastal science. We learned that, despite lots of research on the topic, no one is quite sure whether climate change will raise Lake Michigan water levels in the long term. But they can provide some needed context. 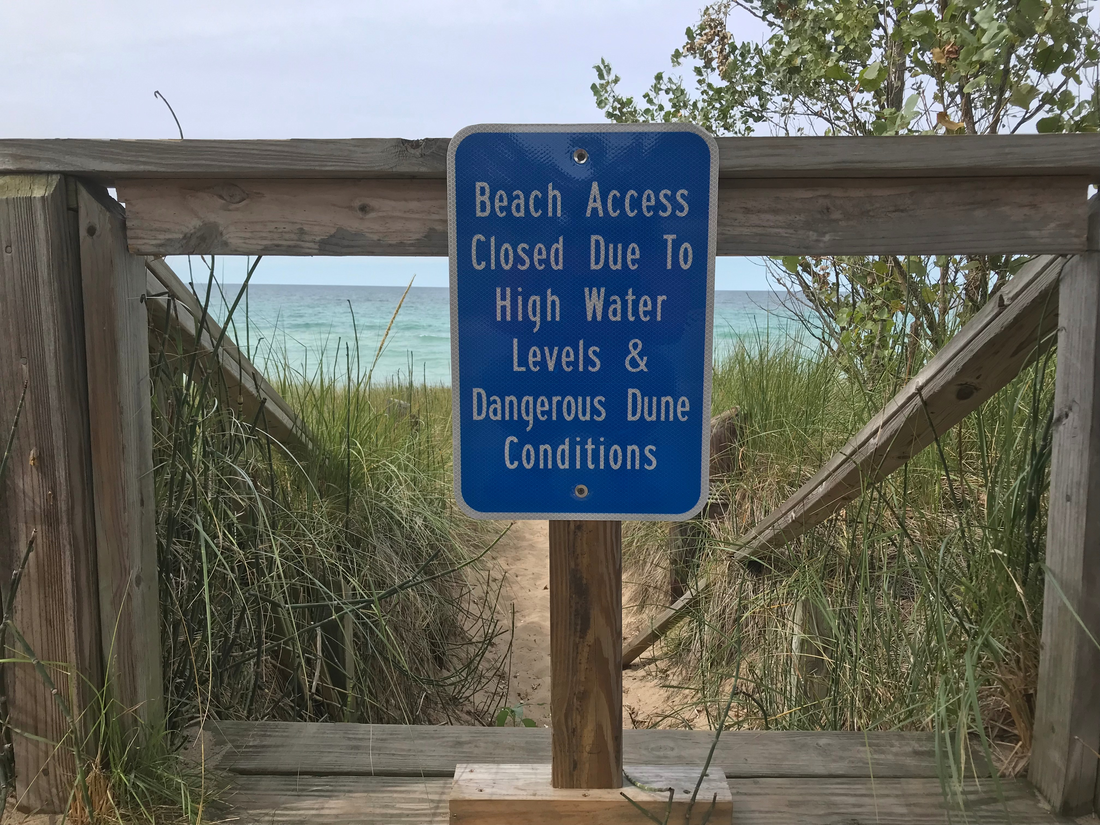 Here's how we calculate the lake levels

Army Corps of Engineer hydrologists calculate the level of water in the lake using the following formula:

Over the past five years, water levels in Lake Michigan have risen because we've been experiencing both heavy rain and reduced evaporation (the latter driven by smaller differences between lake and air temperatures). But a shift in any one of those variables can easily change the equation, and move water levels in the opposite direction.

We're still within a normal range

Since scientists have started keeping track, Lake Michigan water levels have bounced up and down, while always remaining in a range of about six feet. And, while levels this year are definitely on the high side of that range, they're not higher than we saw in, say, 1986. 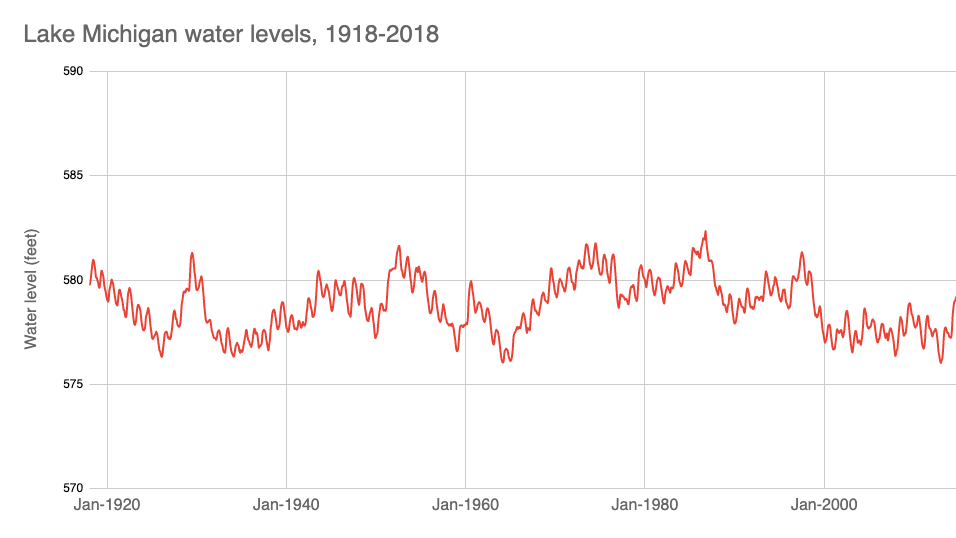 Since scientists have started keeping track, Lake Michigan water levels have bounced up and down, while always remaining in a range of about six feet. Unknown/US Army Corps of Engineers hide caption

So will these levels keep getting higher? Scientists say that's not entirely clear. Among them University of Michigan professor Drew Gronewald, who uses predictive modeling to study the Great Lakes.

"The best way to summarize it is that of all the computer models that are run looking at all the future scenarios show there really isn't a persistent long-term trend," he says.

What can make the highs seem particularly dramatic are the ways they play out on the shore, where a two-foot rise in water levels can mean the loss of several yards of sand, depending on the slope of the beach.

Volatility will be the new normal

"What we are seeing with climate change now in the Great Lakes region is more rocking and rolling in water levels — higher highs and lower lows and a much more rapid transition between the highs and lows," says Peter Annin, author of Great Lakes Water Wars . "And that's what's driving people crazy as they try to interface with the Great Lakes, especially Lake Michigan."

And, get ready for erosion

At least one feature of a changing climate is already affecting the Lake Michigan shoreline, says coastal scientist Charles Shabica. 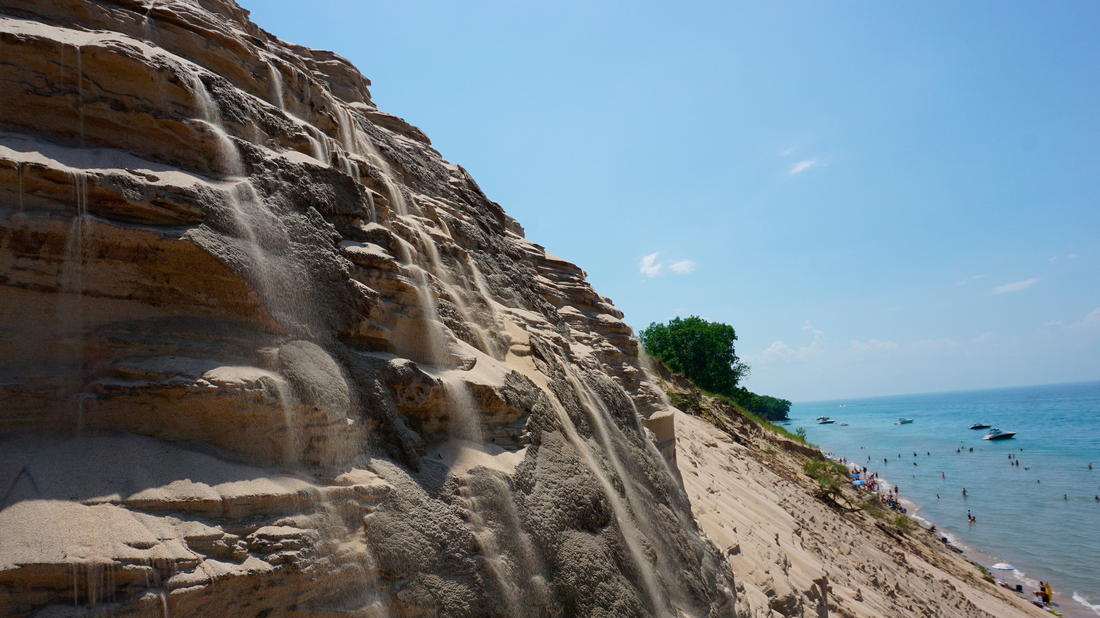 And the damage isn't limited to buildings, bluffs and dunes.

"It is also erosion of the lake bed itself," he says. "So when the waves come in they're digging out the bottom of the lake and the net effect is the water is going to be deeper in that area, which means large waves making it to shore."

Shabica says that some northern suburbs are trying to head off bigger waves by building breakwaters. And just this month, Chicago officials announced they would begin installing barriers along the lake to reduce shoreline erosion. 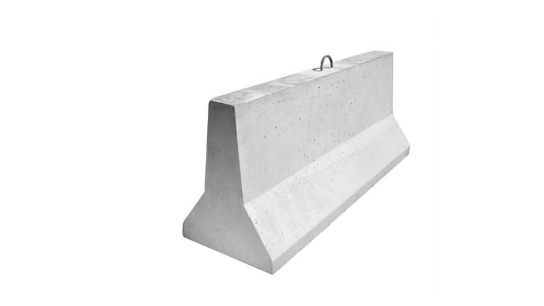 The city is installing temporary concrete barriers at eight locations along Lake Michigan to help protect the beaches and lakefront trail from erosion from high lake levels. Unknown/indiamart.com hide caption

What other changes can we expect?

Despite the dramatic appearance of high water levels this year, experts say they are likely to drop this fall and stay within their historical six-foot range for years to come.

But there are more pressing concerns. In addition to shoreline erosion, intense storms are predicted to increase agricultural runoff and sewage overflows, both of which contribute to pollution. Warmer and shallower lakes like Lake Erie are also expected to see more algal blooms.

In a broader context, when it comes to the effects of climate change, the Great Lakes region is predicted to fare much better than coastal areas. Indeed, the region is expected to attract migrants seeking refuge from hurricanes, wildfires and rising sea levels, and wanting to take advantage of the area's — so far — abundant fresh water.

This story is part of Covering Climate Now, a global collaboration of more than 220 news outlets to strengthen coverage of the climate story.

Monica Eng is a reporter for Curious City. You can follow her @monicaeng.