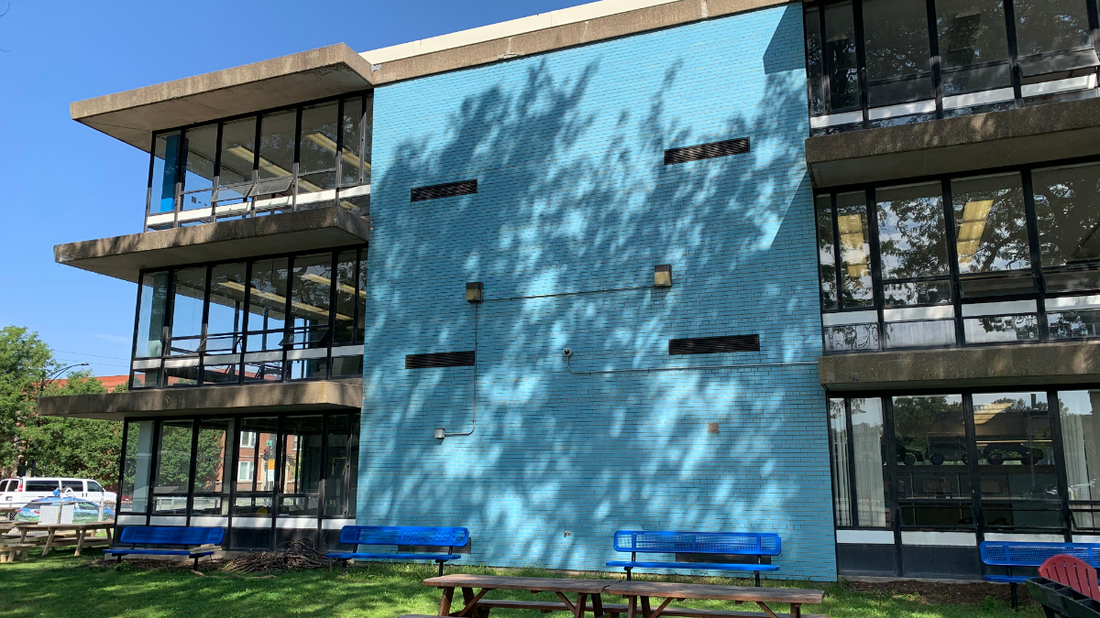 The now-closed Overton Elementary School on the South Side will use audio recordings of children's voices as part of a Chicago Architecture Biennial exhibit at the site. Carrie Shepherd/WBEZ hide caption

Mayor Lori Lightfoot and organizers of the 2019 Chicago Architecture Biennial promised at a media launch last week that the months-long event meant to celebrate architecture and design isn't just for the downtown crowd.

"We want to make sure that we reach into the great neighborhoods, and Chicago, and have the conversations there," Lightfoot said.

Here is a look at two Biennial exhibits in Bronzeville on the South Side and Little Italy on the Near West Side.

Standing in front of a group of journalists and other Biennial visitors on Wednesday, Ghian Foreman had to answer a big question: "Why did the schools close?"

Foreman is a real estate developer who runs Emerald South Economic Development Collaborative. The question was about why Overton Elementary School at 221 E. 49th St. and 49 other Chicago public schools closed in 2013.

Foreman answered with some of the reasons city leaders gave at the time: low enrollment, changes in neighborhood demographics and outdated buildings. He added, however, that the closings were concentrated on the city's South and West Sides.

Foreman was part of a company that purchased the closed school in 2015, and he was faced with a decision.

"Easiest thing we could have done was turn it into condos, sold it, walked away with a lot of money," he explained, while standing in front of the midcentury designed, three-story school.

But, Foreman said, that wouldn't be the best way to serve the community.

"So we decided on creating a small business incubator office space that would be focused primarily on arts, business and technology," he added.

As part of this year's Biennial, exhibits at Overton show how the closing of the school affected the Bronzeville neighborhood where it's located.

One of the empty classrooms features a color-coded map and matching square placards with the names of 43 of the closed schools. Each color represents whether a school was sold, repurposed or still is for sale. The colors also show the disparity in closings across the city: Black and Latino schools on the South and West Sides were hard hit, while mostly white schools on the North Side were spared. 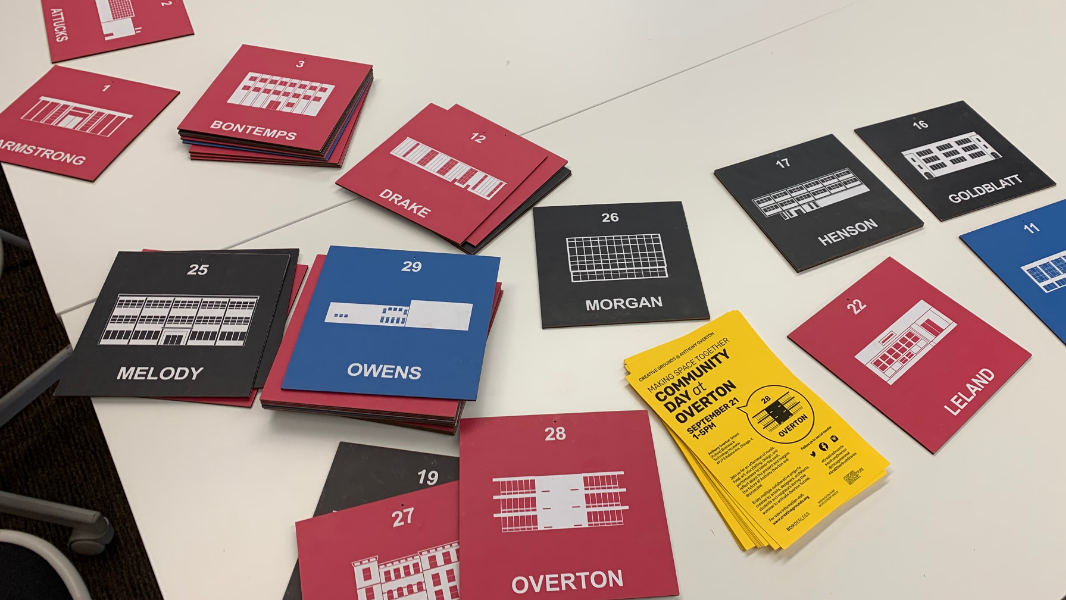 The empty hallways and classrooms of Overton still bear relics of what was once an elementary school. The drinking fountains are positioned low on the walls for small kids to reach, old chalkboards have scribbles on them and broken shelves line the walls.

But it's what a visitor hears while walking the hallways and stairwells that conveys the impact the school closings had on students. Speakers are conspicuously positioned with thick, black cords extending from them, playing sounds of footsteps and children talking. The installation called Overtone Hive is the work of artist Zorka Wollny.

In one classroom, visitors can hear audio of students' voices expressing how the closing of Overton made them feel pushed aside and ignored.

"Why is our education less important than yours?" one child asks.

"We are people as well as you are. Look at yourself. You have flesh. So do I," another voice pleads.

Changing the narrative about life in public housing

With Chicago's prosperous skyline gleaming in the distance, the last remaining building of the former Jane Addams Homes sits at 1322 W. Taylor St. on the Near West Side. The boarded-up, three-story brick building is slated to be the future site of the National Public Housing Museum, currently located at 625 N. Kingsbury St.

As part of the Biennial, a series of programs titled Listed will be held at the new location, including a sound environment meant to reflect "the disappearing of public housing and gentrification," according to the museum's website. It will include audio recordings of visitors walking along scaffolding. There will also be film screenings on the side of the building that show life inside former Chicago public housing complexes such as Cabrini Green and Stateway Gardens.

Shakira Johnson, 23, is an oral historian who works for the National Public Housing Museum. Johnson said the Jane Addams site, and the programs in the Biennial, are meant to upend the narrative that life in public housing was always bad. 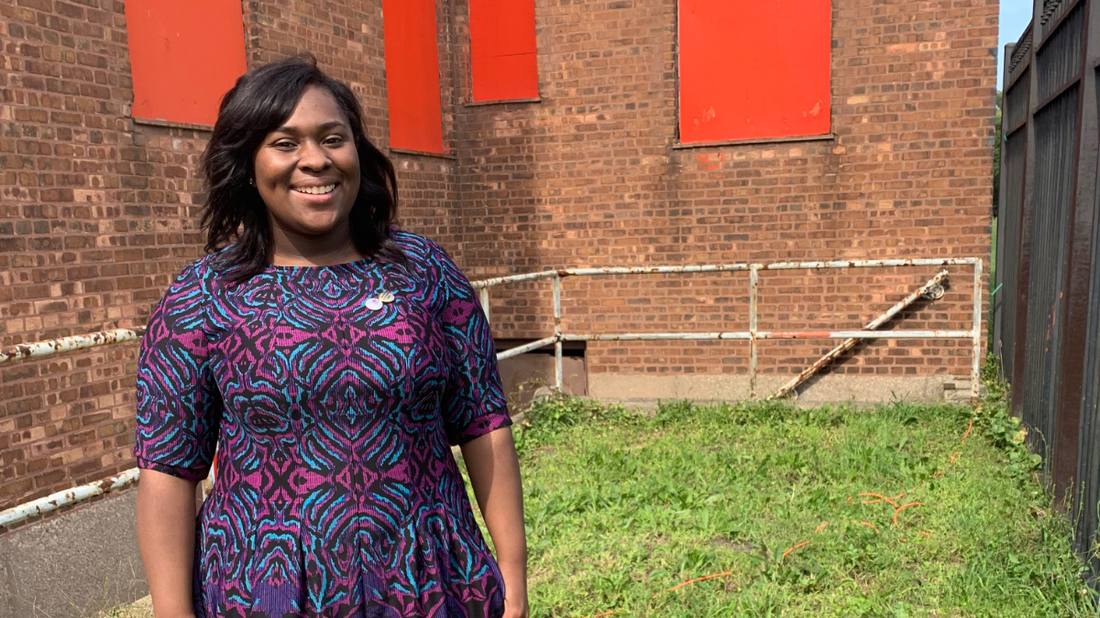 "My personal experience in public housing — I stayed there for 11 years, and I found out it was a community, it was a family." Johnson said. "People were neighbors, friends, artists, cooks."

Johnson said public housing residents faced challenges, too, but "not one story is the only story ... every story is important."