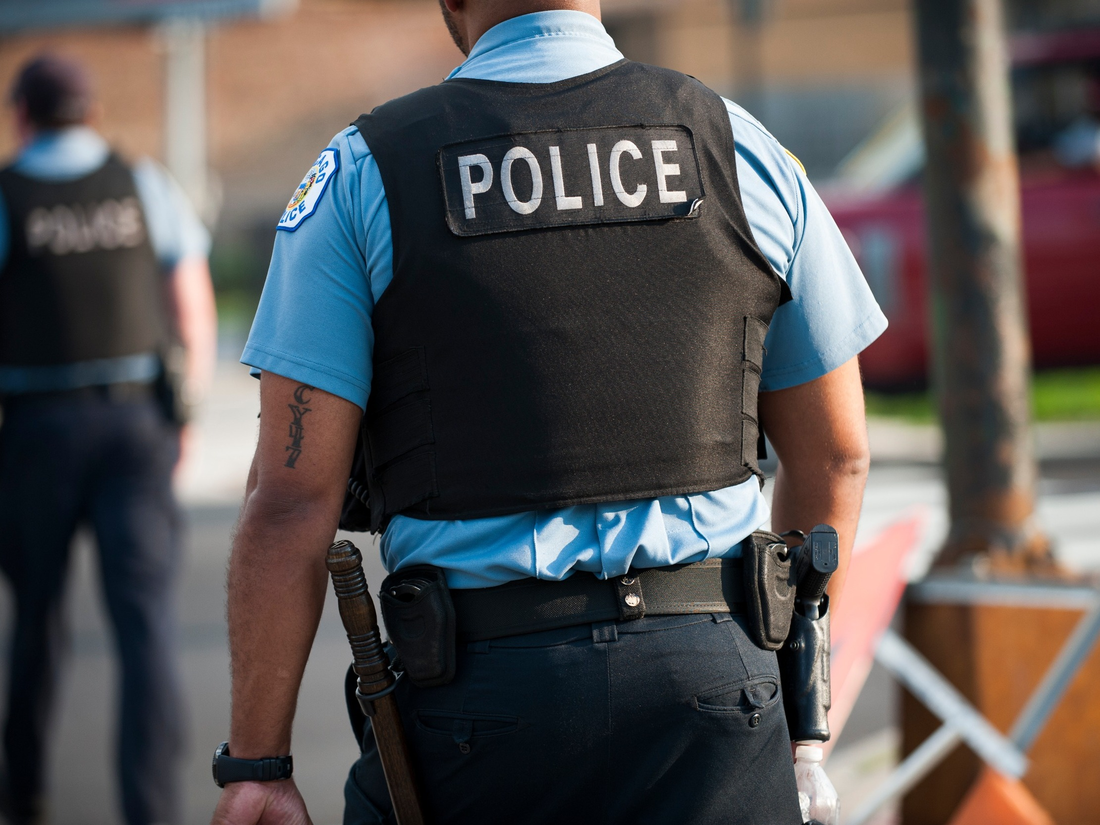 Among the nation's largest cities, Chicago stands out for both its high murder rate and for the number of its murders that go unsolved. In recent years the police have been solving about 4 of every 10 murders in the city, but police data show the rate is even worse when the victim is African American.

The data, obtained by WBEZ under Illinois' open-records law, show the city had 849 murders between the beginning of 2018 and this past July. When the victim was white, 47% of the cases were solved during those same 19 months. For Hispanics, the rate was about 33%. When the victim was African American, it was less than 22%.

Community members, academics and police officials seem to agree on something: At the base of the department's failure to solve murders is a lack of trust.

"Letting killers eat at their table"

The racial disparity in the department's murder solve rate is not surprising to members of Greater St. John Bible Church, which sits in the middle of Austin, a neighborhood on Chicago's West Side that has a lot of violence.

"I think it's a testament to how disposable black bodies and black lives are in this country," said Bernard Lilly Jr., 23, a musician and school-based mentor who attributed Austin's high crime rates and low clearance rates to "systemic racism."

Lilly said he thinks it can be hard for police to solve murders in some African American neighborhoods because witnesses don't want to help police. He said he understands why they don't.

"There's fear of not being protected," Lilly said. "If a detective comes to my house and wants certain information, people know that [the detective is] here. Now I'm a target. What does that mean for me and my family?"

Jonathan Todd, a 51-year-old political consultant who attends the church, blamed the low murder clearance rate on a perception in some African American neighborhoods that the police are "an occupying force."

"If you're asking that same person that's been mistreated by the police, day in and day out, to help you solve crimes, it will not happen," Todd said.

Sharon Jones, a 60-year-old retired truck driver, said a first cousin of hers was killed just blocks from the church a few years ago — a murder that was never solved.

She said that the low clearance rate for murders with black victims reflects a lack of resources in general for African American communities.

But she said community residents deserve some of the blame.

"A lot of times criminals are harbored by family members," Jones said. "You have family members letting killers eat at their table."

What police can do

These churchgoers said there are things CPD could do to solve more murders involving black victims.

"It's important for detectives to meet the people where they are," Lilly said. "It'll be a lot easier if it's a detective that identifies with my experience."

CPD had a chance to change the racial makeup of its detective ranks when it expanded them by about 240 positions in the last few years under Superintendent Eddie Johnson. But the number of black detectives increased by just three.

Second, the churchgoers said, the detectives could just work harder.

"If their check was tied to how many crimes they solve, more crimes would be solved," Jones said.

Scholarly research does not support that notion, according to Arizona State University criminologist Jesenia Pizarro.

"When you're a detective, [clearances] are your performance metric," Pizarro said. "They're how the higher-ups within the police department will assess if you're an actual good detective or a bad detective."

"So, it's not so much that detectives are not putting in the effort," she said. "What the research suggests is that some cases are just harder to clear than others."

Pizarro pointed out that detectives need people willing to come forward with information — and witnesses willing to cooperate.

"If you have a community that because of prior experiences doesn't trust the police, it doesn't matter if you're an African American detective," Pizarro said. "You're a police officer. They might not trust you and they might not talk to you."

It's on detectives to earn that trust, according to Teny Gross, executive director of the Institute for Nonviolence Chicago, a group in Austin that works with gang members and relatives of murder victims.

"Those in power need to go the extra mile to serve the communities," Gross said.

It starts with the mothers of gun violence victims, he said. "Many complain they don't get regular calls back [from detectives] and relationship-building with the family."

"To earn trust is a very difficult thing and every field has to do it — medicine, street outreach, social workers, teachers and police," Gross said. "We can't whine about it. We're paid by the taxpayers."

CPD spokesman Anthony Guglielmi sent a written statement that says the department "is committed to investigating and solving all crimes regardless of a victim's race, gender, age or any demographic trait."

"The department continues to invest in its detectives to enhance its crime-fighting capabilities, improve its clearance rates and most importantly, provide families who have lost a loved one to the scourge of gun violence with the answers they deserve," the statement says.

Johnson, the police superintendent, has talked a lot about CPD's failure to solve murders and he has often pointed to the issue of witnesses.

"You very rarely have a police officer that actually witnesses a murder or a shooting," Johnson said after a 2016 speech at police headquarters. "We need the public's help in solving these crimes."

Guglielmi said the Washington-based Police Executive Research Forum and the U.S. Department of Justice are studying CPD's detective bureau. He said that study will be done soon and the public will get to see the conclusions.

Without witnesses — without trust in the police in neighborhoods like Austin — there won't be much official justice. Instead, there will be street justice.

"It's like a free-for-all," she said. "You shot my cousin. I'm going to come and shoot your uncle. It's just back and forth. And there's an 80% chance that you are going to get away. So what's the point of even thinking that the police are going to catch me because everybody already knows that they're not."