Accessibility links
Chicago Marathon: What You Need To Know Headed to the race on Sunday? Here's key info on times, locations, viewing spots and more.

Chicago Marathon: What You Need To Know

Chicago Marathon: What You Need To Know 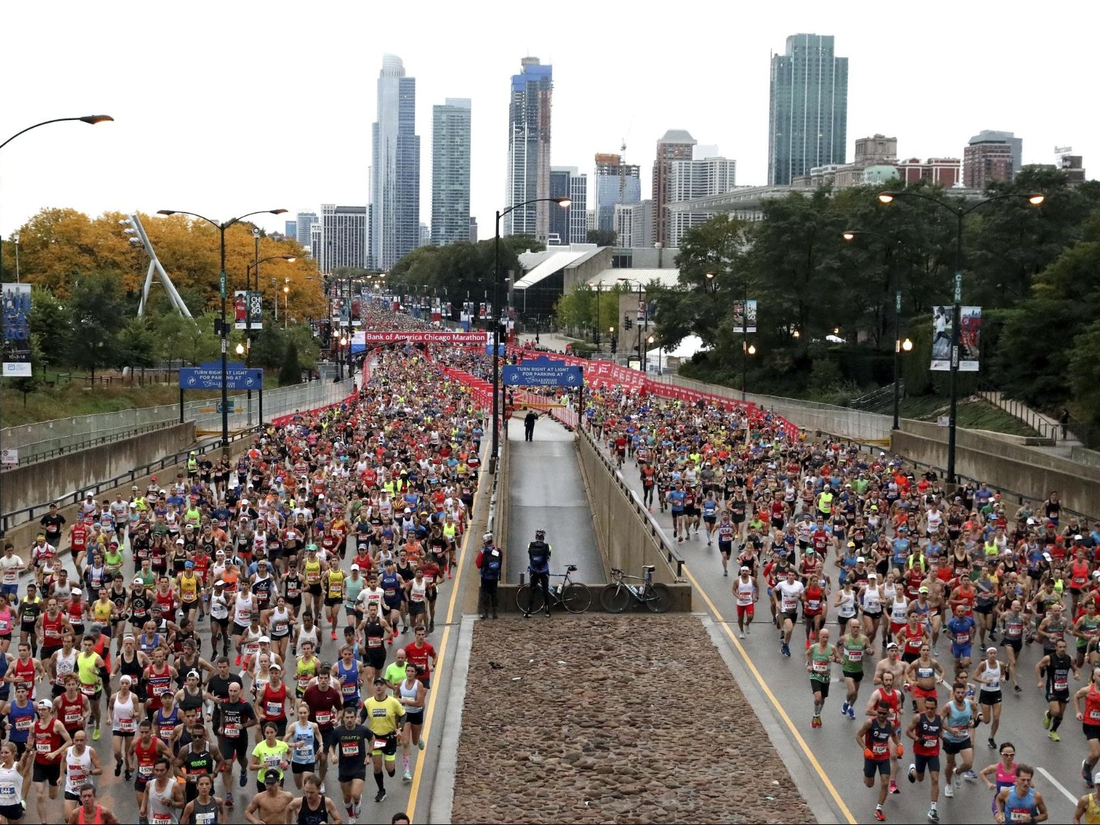 The 42nd Chicago Marathon is on Sunday, and more than 45,000 participants from around the world will be in town for the 26.2-mile race.

Here's a rundown of things to know about how to get to the marathon, the best viewing spots, how the race works, who the top runners are and other details.

Where and when it's happening

The race begins and ends in Grant Park on the city's lakefront, and the course winds through 29 neighborhoods. The start line is at the intersection of Columbus and Monroe.

Here are the basic boundaries of the course: Grant Park on the east, Sheridan on the north, Damen on the west and 35th Street on the south.

This PDF includes a map.

What are some prime viewing spots?

Spectators will not have access to start and finish areas within Grant Park, but they can catch the participants at other critical moments during the race. 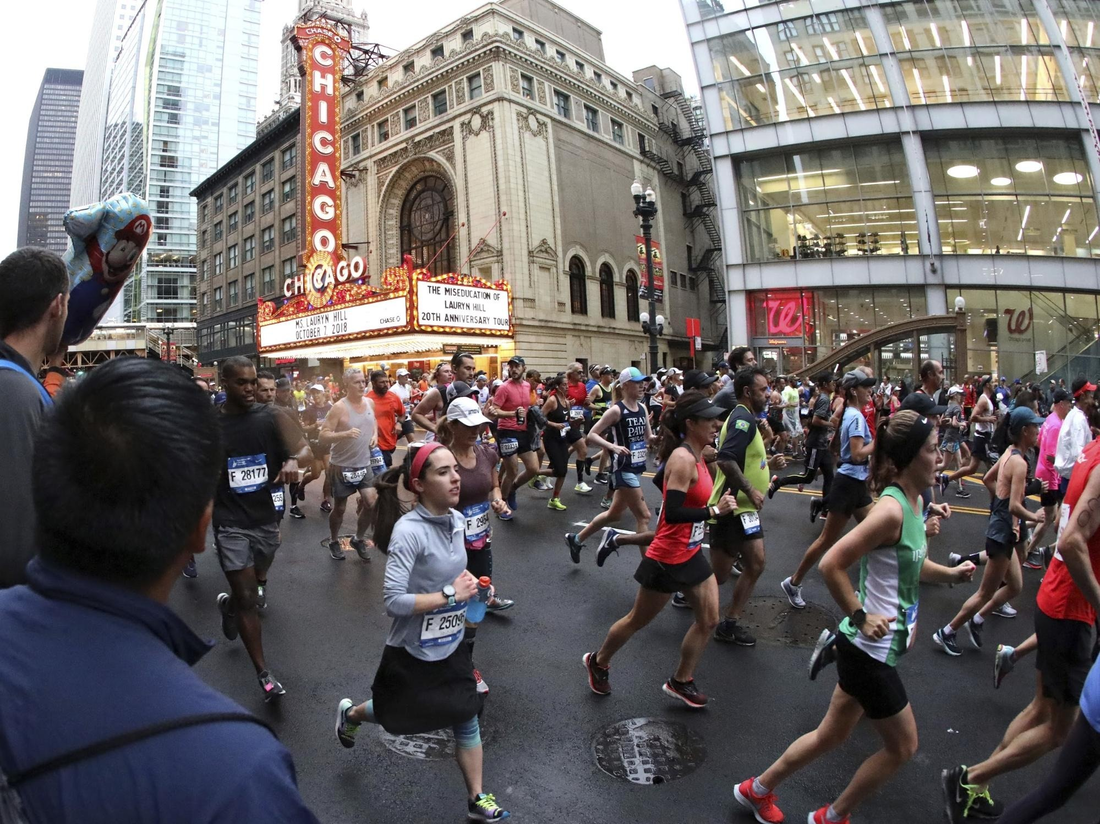 It definitely takes some organization and timing.

Start times begin at 7:20 a.m. for participants with disabilities and those using wheelchairs or handcycles.

Start times for runners are staggered by group:

The marathon has a time limit of 6 hours and 30 minutes. After that, the course reopens to traffic.

How will traffic be affected?

There will be a lot of street closures and no parking zones along the course on Sunday. Residents be warned: Towing of vehicles on the course will begin at 1 a.m. Sunday.

How can I get there on mass transit?

The CTA will have extra service on many of its train lines, and some buses will be rerouted. The CTA website has details.

Metra will have additional trains on most of its lines, and it offers unlimited rides on Sunday with a $10 weekend pass. The Metra website has more info.

Will there be security checkpoints?

Anyone planning to enter Grant Park will have to pass through one of four security and bag-screening checkpoints located at: 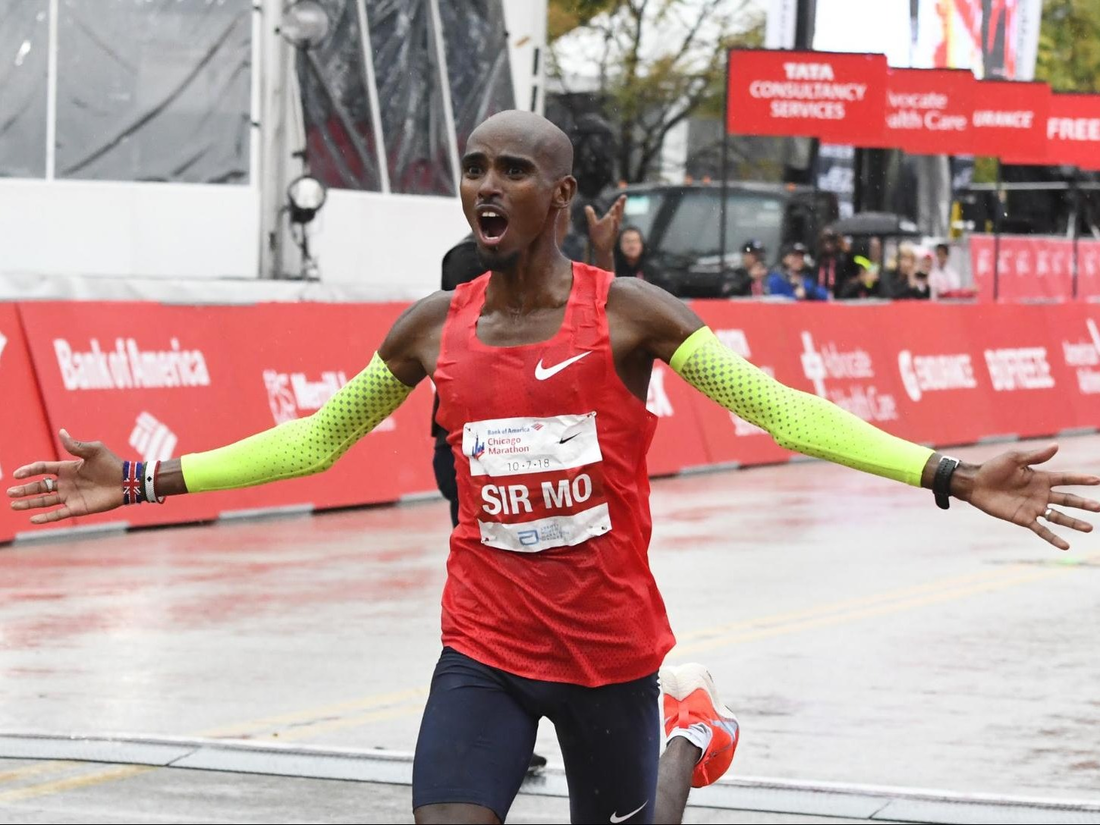 Who are some top participants to watch?

Some of the world's elite marathon athletes, including past winners of the Chicago Marathon, will be taking part.

What are the course records?

The Chicago Marathon is famous for being flat and fast. Here are the current records:

Thanks, but I'll just watch it on TV

WMAQ-Ch. 5 and Telemundo Chicago will have live coverage from 7 a.m. to 11 a.m., and they'll be streaming at nbcchicago.com and telemundochicago.com.

There will be live radio coverage on 670 The Score Sports Radio.

Minju Park is a news intern at WBEZ.