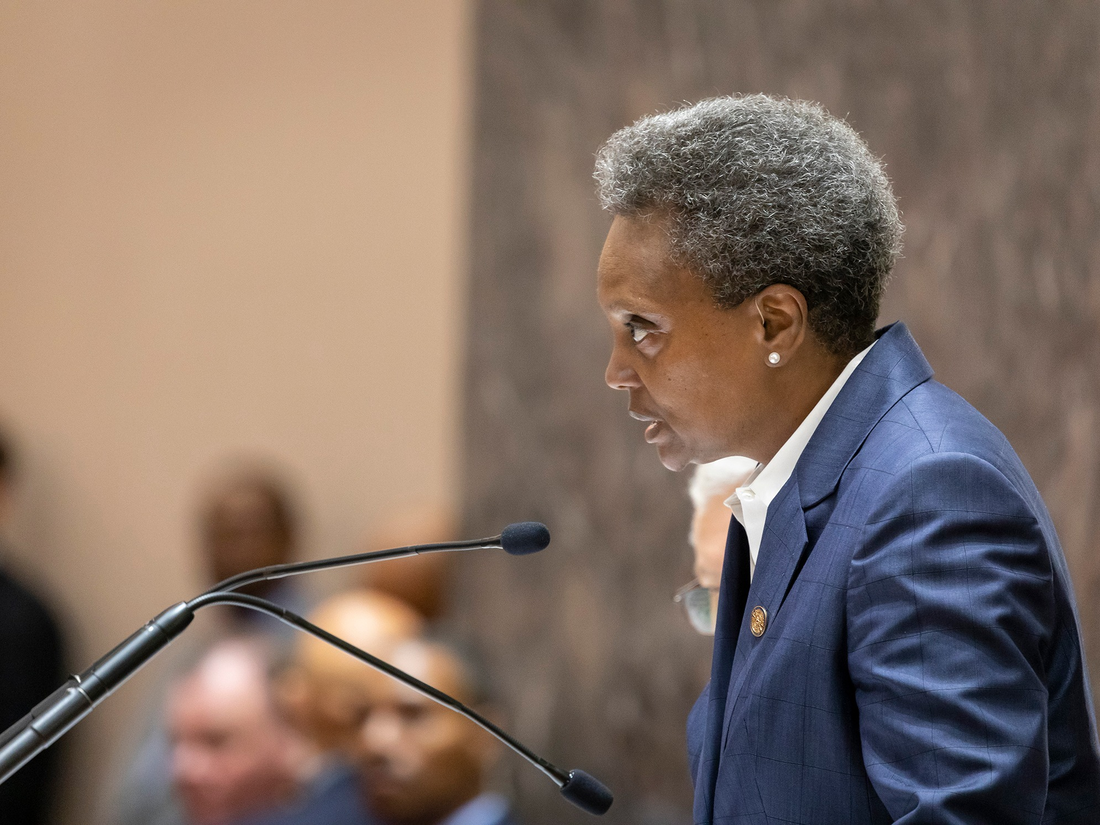 Some advocates praised the investment, but others are upset Lightfoot is not planning to reopen city mental health clinics that were closed in 2012 amid loud political opposition.

"Before our system was simply a patchwork. Now, we are thinking about our system as a whole by bringing people together and figuring out how we can get services delivered to the people most in need," Lightfoot said.

"We also heard how they don't even know where to find it, don't know how to pay for it and worry about the stigma associated with it," Lightfoot said. "Our plan will integrate care across this entire system to create a true, comprehensive mental health infrastructure for our entire city."

Alexa James, executive director of the National Alliance on Mental Illness (NAMI) Chicago, listened to Lightfoot's budget speech and praised the plan as a "turning point."

The mayor's "words reflected the voices that NAMI Chicago has been hearing for years and the issues that our communities have lifted up," James said.

Calls to reopen the clinics continue

But the mayor's plan does not include reopening the mental health clinics that closed in 2012, as some labor leaders and health advocates have demanded.

"The additional funding for mental healthcare is a start, but it's not enough," said Colt Seidman, a mental health activist with ONE Northside. "I want to see the clinics reopened, which is not reflected in the budget."

The issue of the closed clinics and mental health access have been a flashpoint in Chicago. In early October, Chicago alderman tabled a confirmation of Lightfoot's nomination for public health commissioner, Allison Arwady, when Arwady said reopening the city's public clinics may not be the best way to improve mental health access.

The mayor said that she was confident this new plan would address aldermen's concerns.

"At that time, the plan wasn't quite complete. We've now fine-tuned it," Lightfoot said.

What the plan includes

The mayor's office said their new plan will allow tens of thousands more patients to receive care, but is sparse on details.

The city will be increasing investments in clinics that it does not run or control, but Lightfoot has promised those clinics would take people without insurance regardless of a person's ability to pay.

Lightfoot's plan would invest in services that are delivered outside the walls of clinics, including funding mobile teams to deliver in-person services in areas with high rates of mental health hospitalization.The mayor's plan also includes an anti-stigma campaign and improvements in a health helpline residents can access by calling 311.

Arwady, the acting commissioner for the Department of Public Health who is still waiting on City Council approval, said she thought the plan was the city's best attempt to build a system that doesn't leave anyone out. The new plan is "sorely needed and frankly long overdue," she said.

Shannon Heffernan is a criminal justice reporter at WBEZ. Follow her at @shannon_h.