Accessibility links
Chicago Teachers Strike Is Over City and union leaders called the strike off Thursday after agreeing to make up five school days missed due to the walkout.

Chicago Teachers Strike Is Over

Chicago Teachers Strike Is Over The Chicago teachers strike is finally over after 11 missed school days.

After meeting for several hours with the head of the Chicago Teachers Union Thursday, Mayor Lori Lightfoot emerged to say she had agreed to make up five days missed due to the walkout.

Teachers union delegates approved a tentative contract Wednesday night but said they'd only return to class if the missed schools days were made up. Lightfoot late Wednesday said no. But by midday Thursday, she had changed her mind.

"We believe this was the right outcome to make sure we got our kids back in school," Lightfoot said. "My members went out for 10 days and fought for a nurse," Davis Gates said. "That is the basic minimum for most people around this country and we had to go out and give up six days of pay to get a nurse in our school every day. That is not bitterness. We put our hearts into this every day. We just want a partner who can respect that." 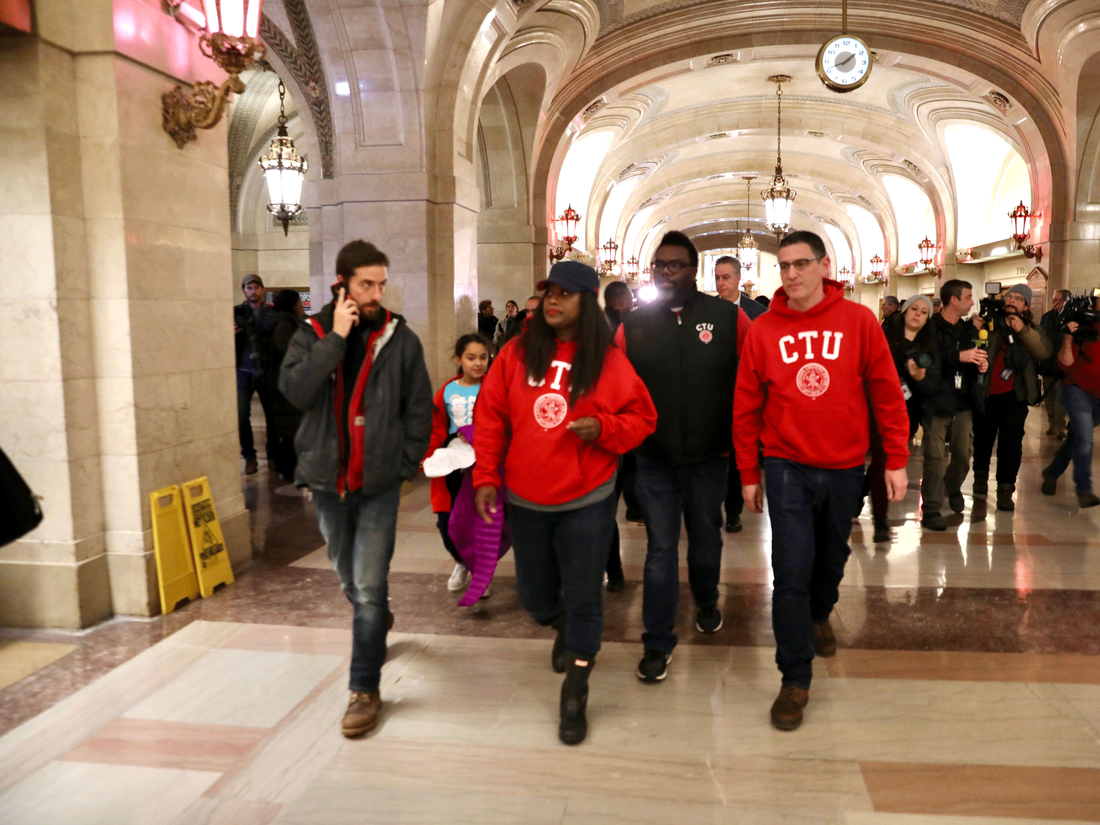 Chicago Teachers Union leaders at City Hall on Thursday as the strike came to an end. Manuel Martinez/WBEZ hide caption

Since Wednesday evening, the teachers strike had come down to a dispute over making up the missed school days, overshadowing the vote by the union to approve a five-year contract.

The union says they believe they've won commitments of enough money so that these promises won't be empty. In the last few days, the union and school district were stuck over the issue of money.

Sharkey said the agreement was not perfect.

"We are not going to bed in Portage Park and waking up in Lake Forest," he said Wednesday night.

But it does have commitments around class size and staffing that have never before been in their contract.

The union also secured salary increases of 16% over the five years of the contract and minimal increase in health care contributions.