Accessibility links
Little Fingers And Screechy Sounds: Why Do So Many Kids Learn To Play The Recorder? The recorder often inflicts squeaky torture on parents. Music teacher Valerie DePriest explains why it became a staple in music education.

Little Fingers And Screechy Sounds: Why Do So Many Kids Learn To Play The Recorder?

Little Fingers And Screechy Sounds: Why Do So Many Kids Learn To Play The Recorder?

Editor's Note: This story was originally reported by Monica Eng in 2017.

When Lebanon-born George Semaan came to the United States via Canada during his fifth grade year, he thought every kid knew how to play what he considers a distinctly American instrument, though some parents might call it something else.

"I got to my new school and they said, 'Hey, here's this thing called a recorder and you're going to have to learn it," he remembers. "No one told me that this wasn't something that all American kids just automatically knew, like a national pastime."

The whole thing was confusing on a number of levels.

So George wrote to Curious City and asked: Why did we all have to learn to play the recorder in school?

Well, first, not everyone in the United States had to learn to play the recorder in school — but many generations of school children did and still do. A representative of Music Arts, one of the nation's largest retail chains for band and orchestra instruments, says their stores sell nearly 100,000 recorders each year. And that's largely because most states — like Illinois — have long required kids to take some sort of music instruction in elementary school.

But why do schools use this particular instrument to teach children how to play music? It's rarely featured in any contemporary bands or orchestras, it reached its artistic peak about 200 years ago with Baroque-era music, and as lots of parents have experienced, it can inflict some squeaky torture on families when grade schoolers first bring it home.

To get to to the bottom of George's question, Curious City sat down with retired music teacher Valerie DePriest, who taught the recorder for 17 years in Oak Park's public schools. She's also a board member of the Chicago chapter of the American Recorder Society and plays in a recorder ensemble, called a consort. She argues that the recorder isn't just an ideal instrument for early music education, but a serious instrument that deserves more respect than it gets.

Here are some interview highlights between Curious City's Monica Eng and DePriest.

Monica Eng: Why do so many kids learn the recorder at school?

Valerie DePriest: The recorder came into the public schools during a confluence of events in the 1950s. There was a revival of interest in music of the Baroque period in the U.S. that led to the creation of the American Recorder Society in the early '60s. [At the same time] there was a rise in popularity of the Orff Schulwerk approach to teaching music, an approach to music instruction [in which the recorder plays a major role]. The Schulwerk approach stressed participatory playing and creativity.

German composer Carl Orff pioneered an approach to music education that emphasized improvisation and exploration. In 1964, he demonstrated his teaching style with children in Diessen, Germany. Carl-Orff-Stiftung/www.orff.de hide caption

Eng: There was also a big technological development that made the recorder popular in schools, right?

Eng: OK, so those were the historical factors that brought the recorder back. Why is the recorder the first instrument used to teach kids how to play music?

DePriest: The fact that it's a simple, direct melody instrument makes it the perfect instrument for young learners. It's possible, with good teaching, to get a good sound out of the recorder quite quickly. The soprano recorder is also just the right size for young children's hands. And it's a very portable instrument. The kids can carry it from home to school easily — unlike, say, a piano, which not everyone can afford to have at home.

Eng: The recorder has almost become a victim of its own success. Because of its ubiquity as a learning instrument, it's developed a reputation as a pre-band, kiddie instrument. What are your feelings on that?

DePriest: The recorder was a very serious instrument in the Renaissance and the Baroque [periods] — actually it reached its zenith in the Baroque. But it was overcome by the needs of louder orchestras, and so the transverse flute [held sideways] became the instrument of choice. But early flute sonatas were actually written for recorder.

So [the recorder] fell out of favor and was silent for many, many years. And people haven't really taken it seriously as an instrument since then, especially since they see so many school children learning it. ... Because it's available in colorful clear plastic, it seems like a toy, and you see it in toy stores. But it's a wonderful, lifelong instrument for adults to play.

Eng: So people who see this as a kid's instrument are wrong? Why?

DePriest: There are quite a few people making their living in early-music ensembles playing the recorder or doing guest appearances in Baroque orchestras. There are groups of adults meeting all over the world playing recorder. There are American Recorder Society chapters in most cities where people get together to play in ensembles. There is new music being written for recorder all the time.

This is really a great time for recorder music. People are arranging vocal jazz for recorder, there are recording artists doing jazz on recorder as well. It's a wonderful instrument for adults.

The most common consort recorders are soprano, alto, tenor, and bass. There are also recorders that extend beyond those ranges, like the contrabass and great bass recorders. Katherine Nagasawa/WBEZ hide caption

Eng: In Canada, the ukulele is a popular instrument schools use to teach music to young kids. Why shouldn't we swap the recorder for the ukulele here?

DePriest: I think the ukelele is a wonderful instrument, but it's designed to play chords [several notes at once] and that's a pretty advanced concept for the youngest of children. I think for training their ear to the scale and the role of each pitch within a scale, and for creating and resolving tension, a simple melody instrument is the best first instrument for kids.

Eng: For parents out there whose kids have just come home with their first recorder, what words of consolation do you have for them as they listen to what sounds like screeching in the next room?

DePriest: I do hear a certain amount of screeching, too, because the recorder doesn't need much air [before it goes screechy], so I always tell the students to breathe through it — don't blow. So they need to learn to control their breath.I do feel for parents, but lets face it, a recorder is a lot easier to listen to than beginning violin. It's not nearly as loud and it comes into tune much more quickly. We all have to pay our dues in the musical world, and we all have to pay our dues when our children are learning music, too, and be willing to sit with them through that practice.

This interview has been edited for brevity and clarity. Click the "play" button to listen to the entire conversation. 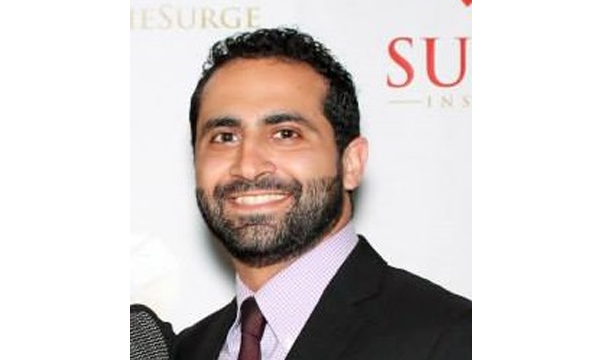 George Semaan is a director of strategy for McDonalds Corp. He moved to the United States when he was a young child and grew up in Texas. George came to Chicago more than a decade ago to attend college at Loyola University.

Today he enjoys listening to public radio and playing sports, including softball, basketball, and football through the Chicago Park District.

When I told him about all the factors that make the recorder such a good teaching instrument, he agreed they made a lot of sense. But he maintains that he still doesn't like the instrument. "Maybe because I was never very good at the recorder," he says.

And when he learned that if his family had stayed in Canada, he might have learned the ukulele in school instead of the recorder, he got excited.

"I play the guitar, so that would've been fine," he says. "In fact, I would have preferred the ukulele."

Monica Eng is a reporter for Curious City. You can follow her @monicaeng.