Accessibility links
This Bug With Shoulder Pads Is Named After Lady Gaga A Ph.D. student at the University of Illinois has named a new species of bug, known for vibrant colors and strange shapes, after Lady Gaga.

This Bug With Shoulder Pads Is Named After Lady Gaga

This Bug With Shoulder Pads Is Named After Lady Gaga 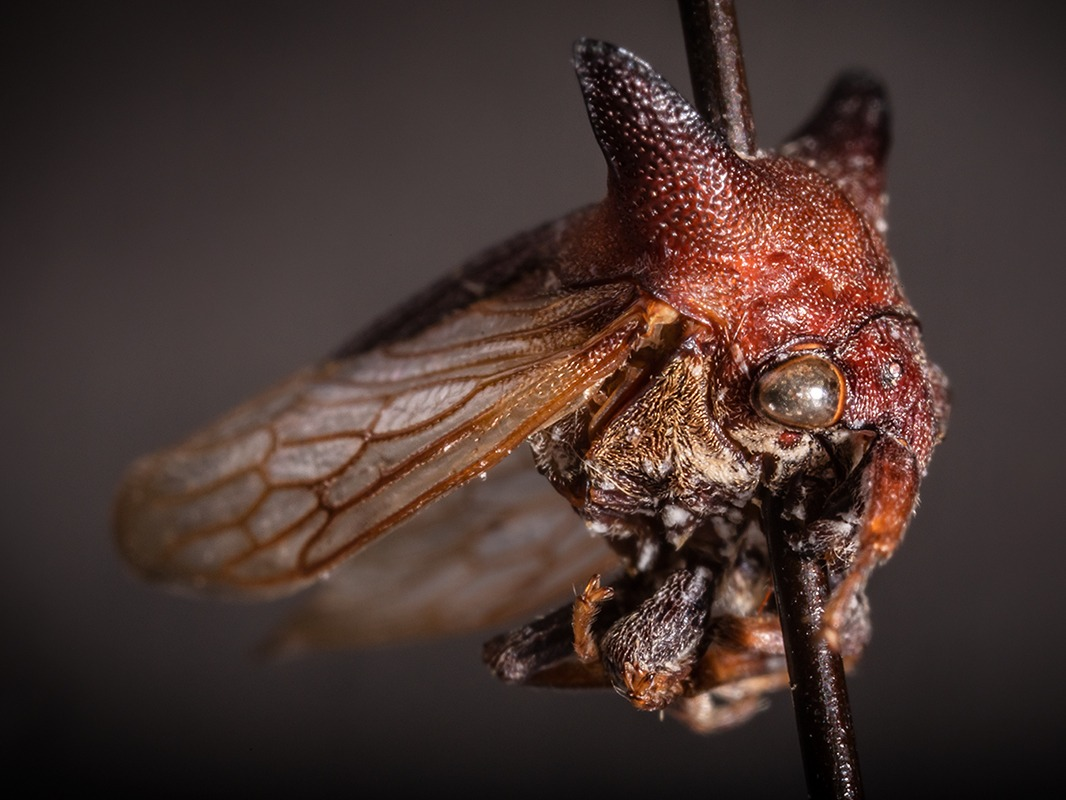 Brendan Morris, a Ph.D. student at the University of Illinois at Urbana-Champaign, is caught in a Bug Romance.

And now, the world knows it.

He named a new genus and species of the treehopper insect he discovered after the pop singer, Lady Gaga, who is known for her visually arresting fashion sense and innovative performance style.

"It's just kind of their theme as a family of insects to have these very diverse and other-wordly forms that you wouldn't expect from an insect," said Morris, who has been a fan of the singer for years. "Gaga often brings the unexpected and makes it popular."

Treehoppers are one of the most diverse insect groups in the world. They often have vibrant colors and strange shapes protruding out of their bodies. The insect he discovered, now known as Kaikaia gaga, is a darkish purple and red with two horns jutting out the top, which Morris compares to shoulder pads.

"This one has some wacky fashion sense about it," he said.

Kaikaia is the Mesquite word for "to see." Mesquite is an indigenous language from Nicaragua, where this bug was originally discovered in the 1990s. Morris is heading there on Friday for a five-day trip to see if he can find any living insects to learn more about them. He hopes to secure funding for longer trips in the future.

He has studied this particular insect since 2012, when he received it along with trays of other unidentified types of treehoppers from the Carnegie Library of Pittsburgh. An excited curator there "just started shoving boxes of bugs" at Morris to figure out what they are.

He said it's not unusual in his line of work to discover new species, but bugs like the treehopper are often understudied and it's difficult to find the funding to do this hyper-specific kind of work.

"There's no shortage of new species to describe, there's a shortage of people to describe them," he said. "We can't think about saving them until we know about them ... taxonomy is a dying field."

Kaikaia gaga isn't the only insect Morris has named after a famous singer. He named another insect after Selena Quintanilla and hopes to name another from the Dominican Republic after rapper Cardi B.

While at least one person on Twitter disliked his idea to name the bugs after popular figures, he hopes these names will bring more awareness to understudied bugs.