Accessibility links
How to Make Your Own Hand Sanitizer? Just Ask Your Local Craft Distillery 18th Street Distillery harnessed its four stills to produce 1,000 gallons of sanitizer for nurses and first responders in Northwest Indiana.

How to Make Your Own Hand Sanitizer? Just Ask Your Local Craft Distillery

How to Make Your Own Hand Sanitizer? Just Ask Your Local Craft Distillery 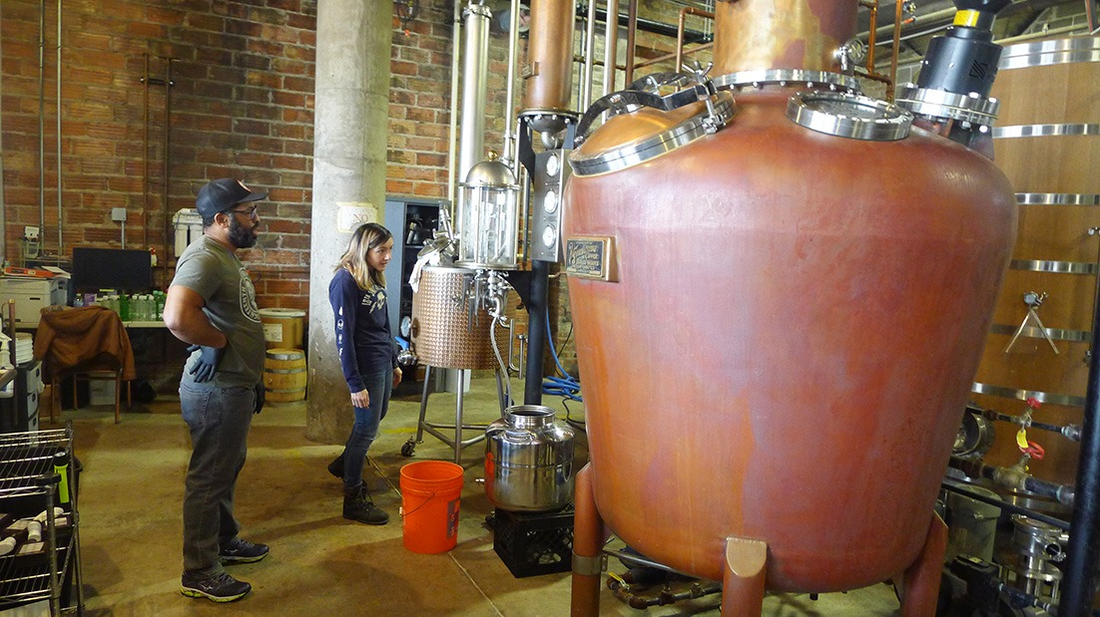 Drew Fox, left, owner of 18th Street Brewery and Distillery in Hammond, Ind., and distiller Raven McKie view some of the equipment they've been using to make hand sanitizer instead of spirits. Michael Puente/WBEZ hide caption

On most days, Drew Fox is busy making rum, vodka, rye whiskey and other craft spirits at his 18th Street Distillery in Hammond, Ind., just two blocks from the Illinois stateline.

But since last week, Fox has been cooking up something new: hand sanitizer.

When he heard that Northwest Indiana hospitals, nurses and first responders were running low on sanitizer during the coronavirus outbreak, Fox's distillery went to work producing its own sanitizer.

"Trust me, we'd rather be making whiskey or gin. My wife is an ER nurse and my biggest concern for her was basically being on the front lines of the [COVID-19] epidemic," Fox said. "I just can't bear the thought of my 6-month-old son losing both his grandparents. So I knew we had the capability of doing it."

The ingredients of the sanitizer are ethanol, glycerol, peroxide and other compounds.

"A lot of hand sanitizer companies use different ingredients, but this is really a simple recipe that's been used around the world through the World Health Organization," Fox said. "So we decided to keep it simple and pretty much use that recipe."

To meet the demand, the distillery's four stills have been working nonstop since last Thursday producing about 75 to 90 gallons of sanitizer per day.

Fox's biggest cooker is 250 gallons, along with three smaller stills.

To help fill thousands of small plastic bottles with sanitizer, Fox is using volunteers, including some employees he had to lay off since business is down because customers can't dine at his brewpub that is part of 18th Street Brewery, where he also makes craft beers.

"This is all community-driven. This is the hard work of a lot of volunteers," Fox said.

Fox credits one of his distillers, Raven McKie, for coming up with the sanitizer idea.

"I knew we had the capability of doing it. We had played around with it before just for in-house use," Fox said. "Raven jumped on board and said we should probably switch for a least a week or two to try to see how much sanitizer we could make. So that's what we did."

Fox has been giving his sanitizer away. He's been accepting donations and set up a GoFundMe page to help offset some of the costs. 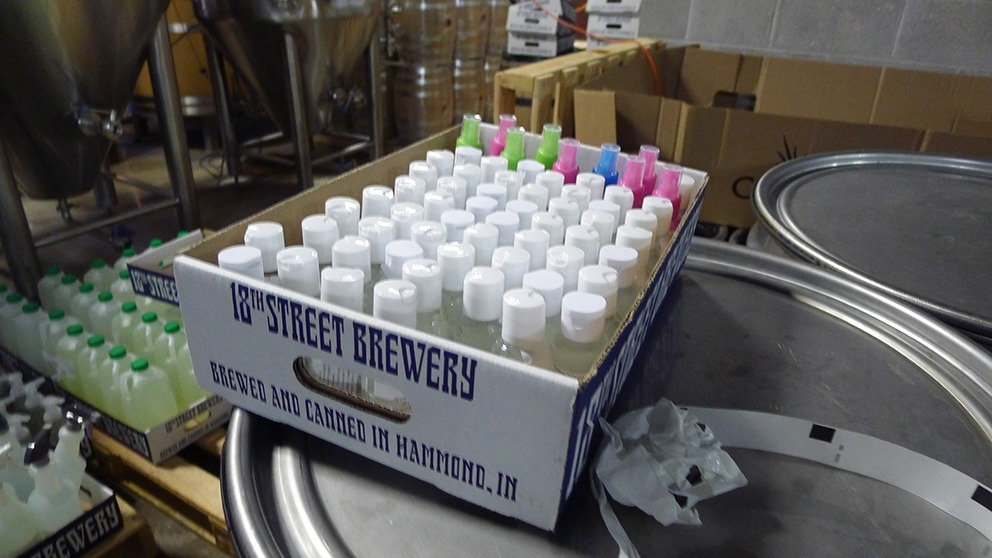 In recent days, he received 10,000 plastic bottles from the city of Hammond and corn from a local farmer to make ethanol.

Fox said he's provided the sanitizer to Northwest Indiana hospitals, police and fire departments and senior citizens. About 200 small and larger spray bottles have been distributed to the community. Some people have been picking up cases of sanitizer while some have been delivered.

"There's a shortage in the whole country," he said. "Our first responders are on the frontlines everyday, interacting with people every day. With all those interactions, comes a great need for this."

Fox said his distillery is going back to making spirits this week, so it will scale back sanitizer production.

"We still have a business to run, but we have two smaller pots that will continue to make sanitizer," he said. 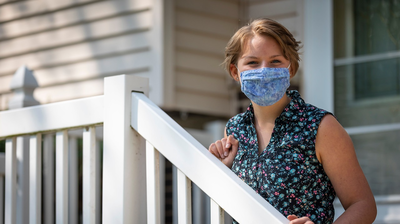 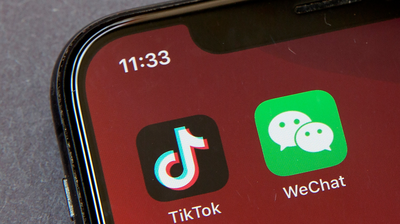 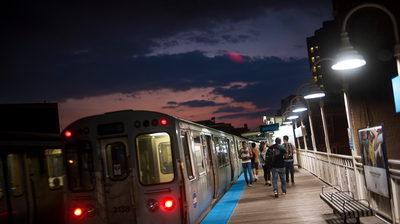 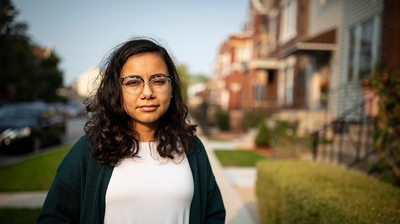