Accessibility links
Michigan And Wisconsin Tell Chicago: 'Stay At Your Homes' Until Pandemic Ends Officials in resort towns are asking owners of vacation homes and tourists to keep their distance during the coronavirus outbreak.

3:41
Michigan And Wisconsin Tell Chicago: 'Stay At Your Homes' Until Pandemic Ends 3:41 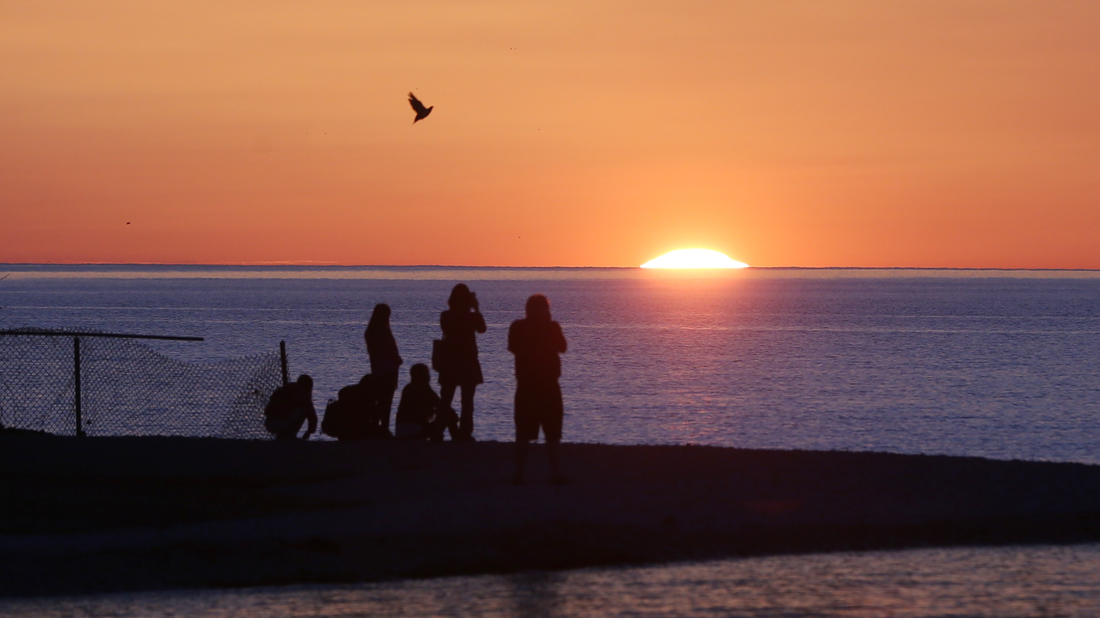 People stand underneath the Mackinac Bridge in Mackinaw City, Mich., in May 2015. Officials in popular tourist destinations in northern Michigan and Wisconsin are now telling Chicagoans to stay away during the COVID-19 pandemic. Carlos Osorio/Associated Press hide caption

In the time of the coronavirus, though, the message coming from across Lake Michigan is suddenly and completely different.

"Stay in place. Stay in your homes," said Jim Carruthers, the mayor of the popular lakeside resort town of Traverse City in northern Michigan.

He posted a Facebook message recently warning people against coming "up north" to vacation cottages during the pandemic.

"I don't want to say, 'Don't fly your private jet here and enjoy your second or your third home,' " Carruthers told WBEZ. "We want you to be here. But just during this time of crisis, we need everybody to chill out."

Michigan leaders say hospitals in more remote communities lack the resources to deal with a potentially sharp spike in patients with COVID-19 — which they fear visitors could trigger.

"You have a lot more cases in Chicagoland than we do up here right now, so let's not bring it to rural areas," Carruthers said. "If you do get sick [in northern Michigan], you'll be in a bad spot to get health care that you need, even if you have tons of money."

Public health officials in Grand Traverse County and other northern counties said those who do venture there from out of state or from southern Michigan should not have any contact with the locals initially.

"If you come north, understand that you basically need to self-quarantine for 14 days," said John Murphy, the mayor of Petoskey, another resort town in northern Michigan.

And in Michigan's rugged Upper Peninsula, some people want to close the Mackinac Bridge, which connects them to the rest of the state, to try to keep the coronavirus away.

"This isn't about property rights"

Similar messages are being sent from getaway destinations across the country and from that other state Illinoisans love to visit when they have time off — Wisconsin.

Door County, in far northern Wisconsin, issued an advisory discouraging travel while the coronavirus continues to cause increasing numbers of illnesses and deaths. The advisory, released on March 18, said officials were "encouraging tourists not to visit Door County for the next 30 days."

He said most appeared to be complying with the advisory voluntarily, and the county has not seen a confirmed case of COVID-19. But the advisory is not going down smoothly with everybody in a county where 60% of the homes are owned by people who spent most of their lives elsewhere.

"We have had some people call, and I've had to explain this isn't about property rights, this isn't about paying your taxes," Lienau said. "It's about helping protect your neighbors, your relatives, your friends and other people in a susceptible population, which we have."

Lienau acknowledged that it's an odd and possibly unprecedented position for a place whose economy relies heavily on people going there to spend their leisure time and money.

"I can't imagine us turning around and telling people not to come to Door County," he said. "That's unfortunately the position we find ourselves in at this moment in time."

Vilas County, in Wisconsin's Northwoods, also issued an advisory "recommending that you stay in your home area if you have a seasonal or second home."

"People might think that this area is safer, and they're gonna kind of escape up here and hide away up here," said Laurel Dreger, who's the director of Vilas County's health department. "That would be fine if you stay healthy."

But she said Chicagoans would be better off staying in Chicago for as long as COVID-19 remains a threat rather than going to the Northwoods.

"Vilas County itself has one hospital, which is a 10-bed hospital," she said. "We only have five ventilators for the whole county."

The county — which has a permanent population of less than 22,000 and includes the town of Eagle River — counted its third positive test for COVID-19 on Monday.

"Have they been tested?"

Full-time residents in Michigan say it's clear many "fudgies" (as Chicagoans are called by them affectionately — or maybe not that affectionately) are ignoring the official warnings and coming up to their seasonal homes far earlier than usual this year.

"We go months without neighbors and now, all of a sudden, it's like we live in a much more densely populated community," said Carole Rideout, who works at a business-supply store in Traverse City and lives in a nearby town where many people own vacation homes.

Rideout said many part-time residents come into the store to buy supplies they need to work from their summer homes, raising concerns at a time when public health experts are recommending social distancing.

Although the presence of Chicagoans causes apprehension in Wisconsin and Michigan now, both states are banking heavily on part-time residents and other vacationers returning in the usual droves when the threat of COVID-19 clears. And officials hope that time comes before the lucrative, peak tourist season in the summer.

In a statement to WBEZ, Wisconsin's top tourism official, Sara Meaney, said people should stay away from seasonal homes or rental cabins in the state to "keep yourself and others safe."

But she added, "We look forward to providing a refreshing Wisconsin welcome as soon as we are on the other side of this."

Dan Mihalopoulos is a reporter on WBEZ's Government & Politics Team.

New teachers starting in the profession this fall will have try to set the culture in their classrooms (or virtually) during a time like no other. Marc Monaghan/WBEZ hide caption

July 6, 2020 • Roughly 4,000 new teachers will join the profession this fall after an interruption in their training — and a crash course in remote learning.

July 6, 2020 • Confused by Illinois' reusable bag ban? You're not alone. Here's what it means and how different stores are enforcing it. 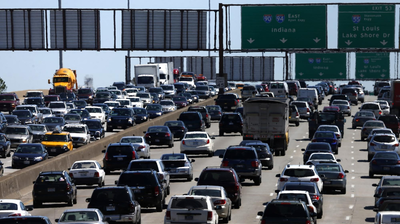 Traffic Is Back In Illinois. Are Repair Crews Prepared For The Stress On Roads?

July 6, 2020 • The problem of deteriorating roads in Illinois isn't new. The American Society of Civil Engineers graded Illinois' road conditions as a D in 2018. 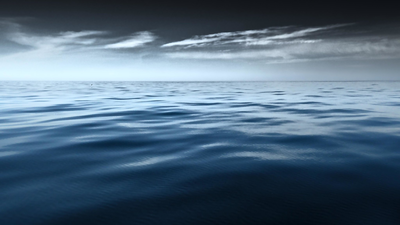 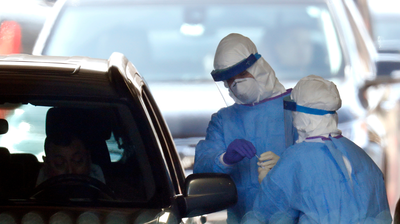 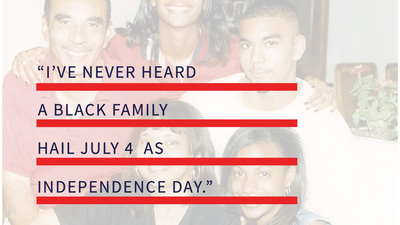